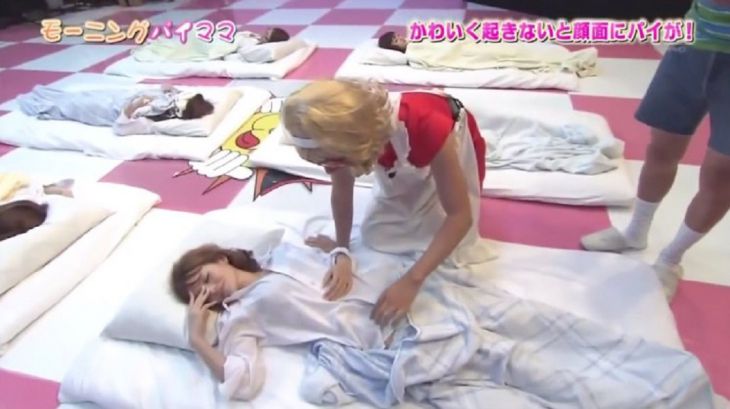 This game show introduces us to an entirely different level of weird. Two male hosts acting as "mama" and "son" go around waking up a roomful of sleeping models. The catch is that if the hosts think the model wakes up looking like a "morning monster" instead of "cute", they throw a pie in her face. 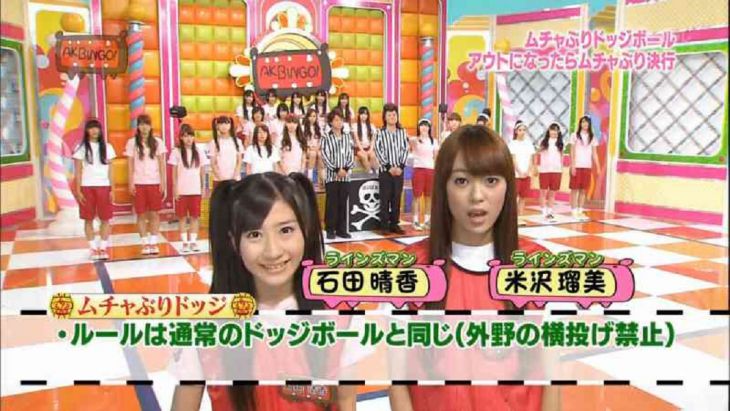 At first, this game looks like an innocent game of dodgeball. Everything is fine as long as the contestant avoids getting hit by the ball. But the fun really begins when they do get hit.

The judges are a famous Japanese comic duo that chooses the most bizarre punishments for the contestant. In one case, two contestants try to blow a large bug into each other's mouths through a glass tube.