The world’s oceans are crying for help. It’s a crisis that affects every living thing on Earth. In simple terms, plastic consumption is killing us. The water quality of the Pacific Ocean has dramatically decreased over the last five years and we need to do something about it now. 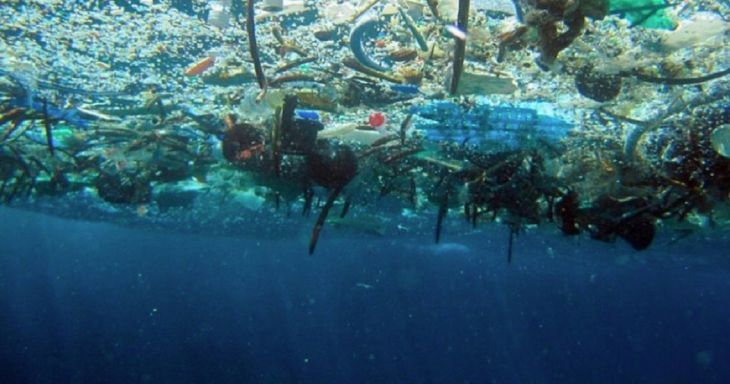 This diver risked his life swimming in different parts of the Pacific Ocean. But his latest dive was particularly devastating after encountering tons of sea garbage floating like a massive island. This picture was taken after his first dive, but the team decided it was too dangerous to continue filming in this area.

2. Freedom Island in the Philippines Choked with Garbage 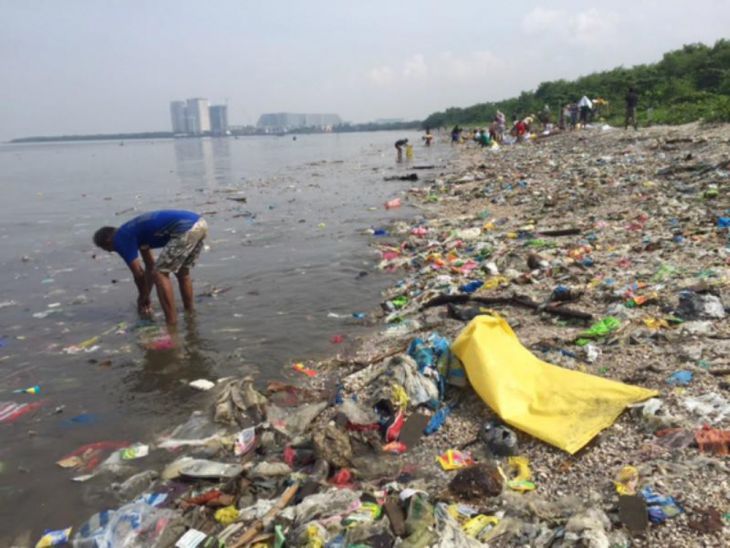 The Philippines Islands are situated are at the crossroads of two powerful ocean currents, which has created serious issues. This picture was recently taken at one of the small island groups in the southern part of the country. It shows people struggling to remove an endless stream of garbage constantly flowing to the area.