When Elon Musk first came up with the Tesla Cybertruck concept, no one thought that it would ever go into mass production in its current form. We were only half joking when we said that this pickup looked like a DeLorean from Back to the Future or like the Batmobile in low resolution. Experts criticized the concept and predicted a gloomy future for Tesla: as well as no protection for pedestrians, lack of aerodynamics, and an unpopular humpback design, the driver’s view from this car would be like that from a Second World War tank.

But Elon Musk didn’t get upset; at least he didn’t cry in public. Instead, in answer to all his critics, he launched the car into mass production, and very soon the first owners will ride this armored vehicle on the roads of America.

So today we’ll tell you why you actually need the Tesla Cybertruck.

This is the first mass-produced car with this design and layout. Yes, the body is listed as that of a regular pickup, but it’s far from just a truck. Rather, it is an elite version for those who are fed up with the standard design of the Toyota Tundra or Ford F-150. This is a kind of Lamborghini among pickups, something special and unique.

Tesla claims to have received about 650,000 pre-orders for this car! So its originality will be closely scrutinized in the first few months of delivery. 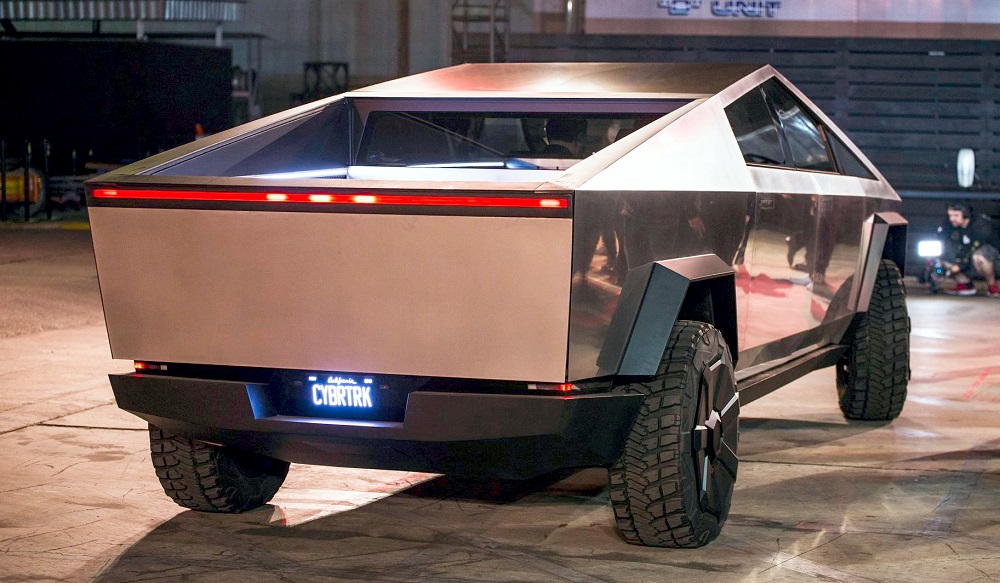 On average, the basic version of the Tesla Cybertruck will be able to travel 250 miles without recharging. But the most expensive version will travel up to 500 miles! This is an amazing result for such a large and heavy vehicle. Let’s compare this figure with other electric trucks to find out why Tesla is better. Oh, wait. There are no other electric pickups. Yes, Ford and a number of other manufacturers have announced plans to build such cars, but so far these have been nothing more than plans. Anyway, the Cybertruck has an excellent driving range – significantly better than most other EVs on the market.

Reason 3: You won’t destroy the planet

The Tesla Cybertruck is a completely environmentally friendly car. Yes, other electric vehicles have this feature as well, but let’s not forget that Tesla is investing in developing efficient battery recycling technologies, and other EV makers are not. Moreover, there are no other electric pickups on the market, so if you need a pickup and you feel strongly about the environment, join the queue to pre-order the Cybertruck.

There has not yet been a crash test for a Tesla pickup. But you can see that mass-produced Tesla cars have historically never received fewer than five stars in crash tests. The company claims the Cybertruck will be the safest vehicle on the road. On its list of safety equipment, there are hundreds of systems that independently recognize obstacles and can slow the car down at the side of the road if the driver faints, for instance. So the future is already here. Other manufacturers in the pickup market are just hoping that the Tesla won't be able to fly as well. 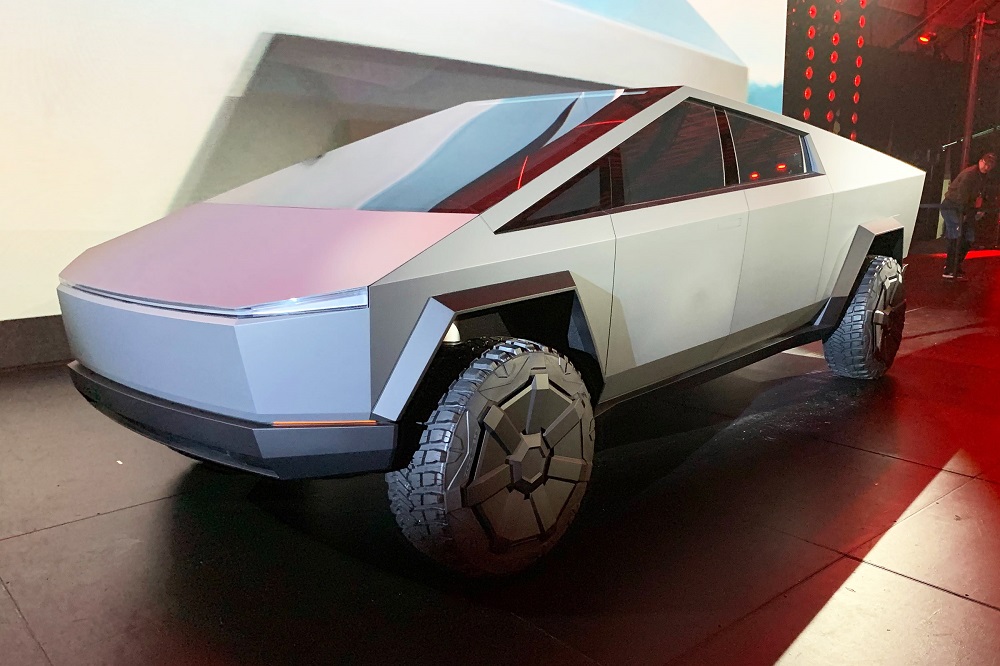 Reason 5: SpaceX technology on board

The Tesla Cybertruck uses special glass that cannot be scratched or broken. This type of glass is used by SpaceX in its spaceships. And you won’t find anything else like this as standard on the market. At least you won’t have to worry about a thief getting into your car and stealing something valuable. Thieves all over the world must only be hoping that the Cybertruck will not track them down and give them a kicking as well. Good for you, Elon Musk!

Reason 6: A body made of pure stainless steel

The time has come when car owners can forget about rust, scratches, dents, and other damage. Destroying the Tesla Cybertruck’s solid body is simply impossible. It is made of ultra-durable, cold-rolled stainless steel. Another interesting bonus is that the stainless steel of the body and the spaceship glass in this car cannot be penetrated by a bullet. They have definitely made a machine for the zombie apocalypse!

Reason 7: It’s the fastest pickup truck in the world

Tesla claims that the highest-spec version of the Cybertruck will be able to accelerate to 60 mph in just 2.9 seconds... 2.9 seconds! Guys – did you install not only the glass from the SpaceX ship but the engine as well?

We have seen quite a few electric car concepts that can accelerate to 60 mph in a couple of seconds. But at the same time, they can only go something like a mile on a single charge. In its pickup truck, Tesla has combined incredible speed with huge driving range, and this will clearly attract buyers. 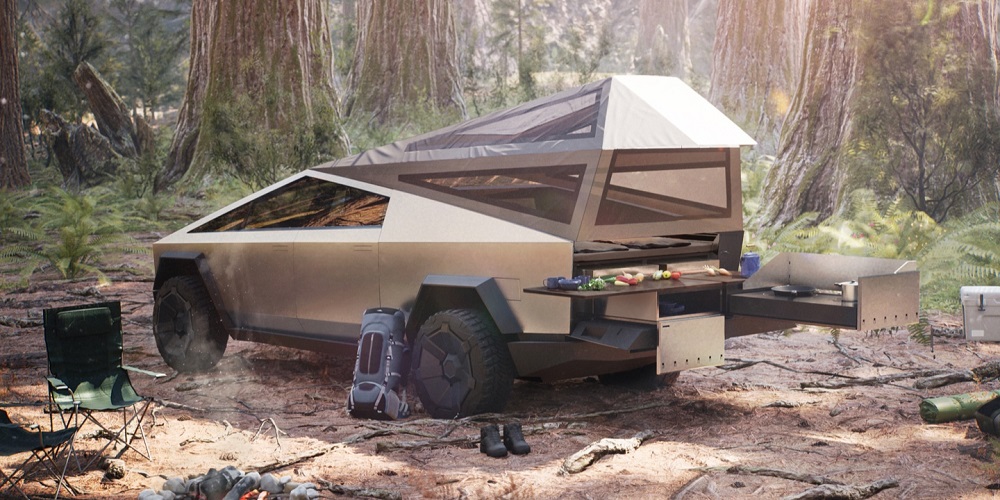 Marketers have shown autopilot to be one of Tesla’s most important achievements. The company began experimenting with autopilot on its early sedan models, and in the pickup truck, the company promises to bring this system to perfection. At last, you can take a nap on that long trip between cities! And given the vehicle’s enormous ground clearance and incredible off-road capabilities, we wouldn’t be surprised if the autopilot didn’t take the shortest route through fields and forests either.

Reason 9: A built-in ramp in the tailgate

Many manufacturers show their ingenuity by equipping the rear door of a pickup with some kind of step, a platform, a split-opening system, or another kind of gimmick. Tesla has done something truly creative by turning the tailgate into a folding ramp. So you can easily drive your motorcycle or ATV up onto the bed of your pickup truck – as well as a trolley with a heavy load – with hardly any effort at all. And you won’t damage anything either – the bed is made of the same metal as the body. No trashy plastic here.

Reason 10: Six passengers in the cabin

When the first photos of the Cybertruck concept appeared, everyone thought that there would only be two seats – one for the driver and one for the passenger. But the real layout of the Tesla pickup surprised both buyers and competitors. The cabin can accommodate up to six people – three in the front and three in the rear. Moreover, each passenger will have good lateral support and a very comfortable ride over any distance. Who said a pickup is just a work car? With the Tesla Cybertruck, it is just as easy to go on a family trip! 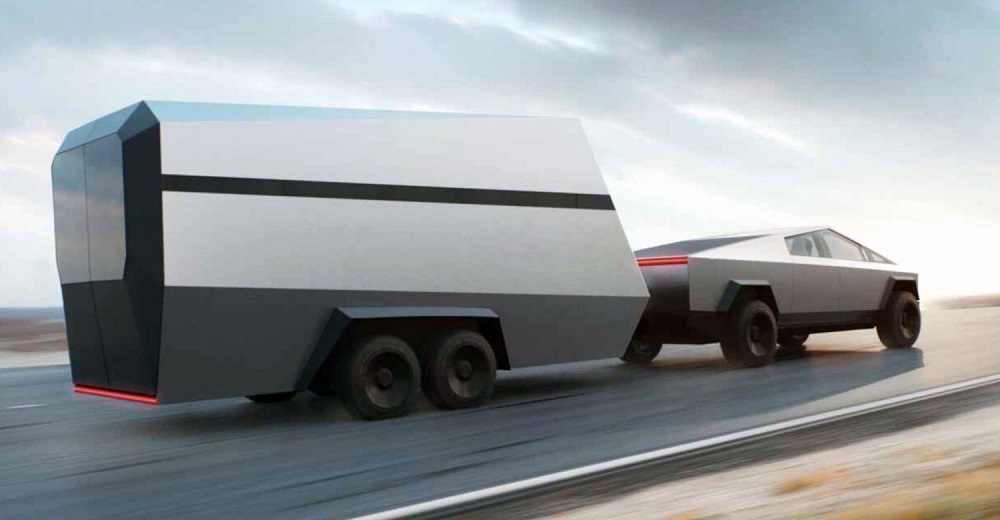 As soon as Tesla releases a software update for your car, it will be updated immediately without the need to waste your precious time going to the dealer, or having to pay for it. Tesla’s software is arguably the best and most advanced in the world of road transport… and free and automatic too! Your car will always remain safe and up to date as long as Tesla exists.

Reason 12: The best SUV on the market

Comparing the approach and departure angles, ground clearance, power, and number of electronic off-road driving assistance systems, you will soon understand that the Tesla Cybertruck simply has no competition in the field of SUVs. This car is able to drive on any surface and, at the same time, all its elements are reliably protected from breakdown. And if you buy an additional solar panel for the roof, then even a flat battery will not be a problem when you are off-road driving.

Reason 13: It’s the best vehicle for the zombie apocalypse

Elon Musk himself has repeatedly called this truck a car for the apocalypse. Of course, the Tesla Cybertruck won’t save you from a flood or a falling meteorite. But it can save you from zombies. Remember that it is impossible to break into the car; the windows cannot be broken and you can’t scratch, let alone damage, it. Are you afraid of zombies? Then it’s time to sign up for the Cybertruck. 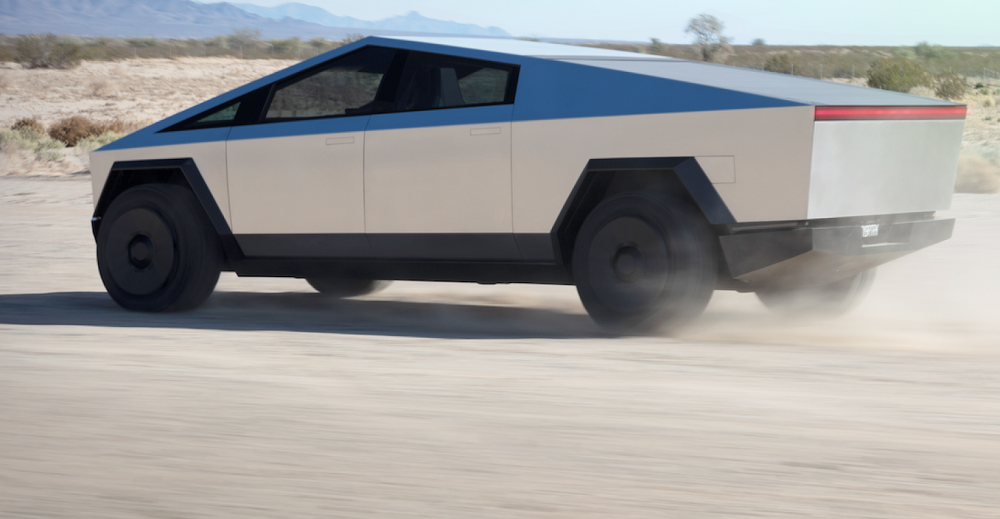 Reason 14: You will probably be able to colonize Mars

People suspect that Elon Musk developed the Tesla Cybertruck initially as an electric rover to send a human mission to the Red Planet. But then Tesla marketers saw potential in the project on Earth. So the concept went into mass production and became successful even before the first cars rolled off the production line. But the fact is, you can take your Tesla Cybertruck with you on a flight to Mars and ride across the endless expanses of a burnt planet without fear of Martian attack.