Looks like Apple is ready to enter the Augmented Reality glasses market in a bid to compete with the long uncontested Google Lens application that, for all android users, should be a pretty familiar name. Let’s dive right in and see what the hype is all about.

When talking about Google’s augmented reality technology, it uses the phone’s camera to automatically detect landmarks, objects and even animals. It can even scan your photos and tell you what clothes your friend is wearing and where to buy it along with its price! Google’s previous iteration of the AR technology came with Google Glass back in 2014, which for many signaled unutilized potential. As the technology caught up, so did the software for Google and they seem to have now perfected it. Which of course, speaks volumes about why Apple wants to enter and disrupt the market now. 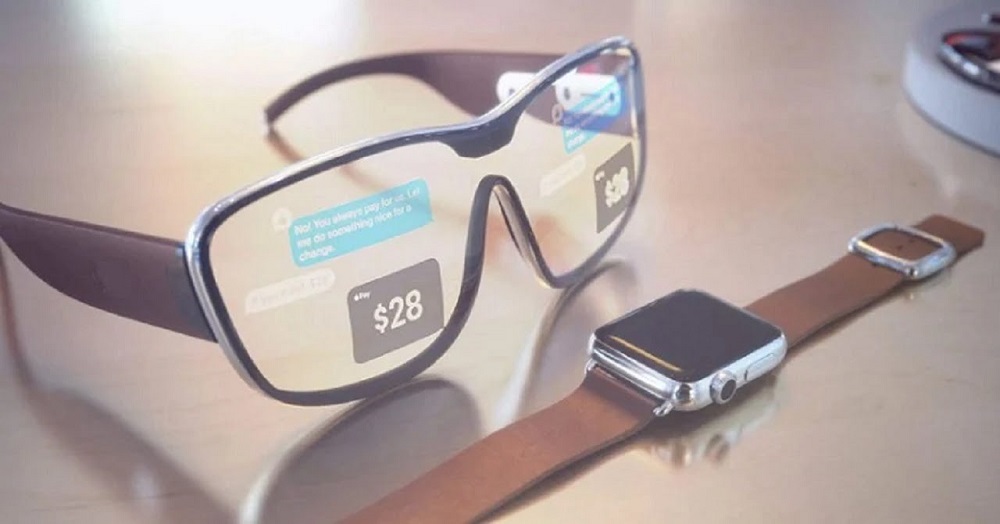 Apple’s bid to start their own augmented reality system takes place with their announced Apple Glass that is set to release in 2022. However, with a lot of speculation about the release date, Bloomberg’s Mark Gurman believes it could be as late as 2023. The Apple Glass will be powered using Starboard or GlassOS, as seen in the latest release of iOS 13. The features of these glasses seem yet to be very similar to their Google counterparts, with the noticeable exception that the Apple Glass will likely be powered by a connected iPhone rather than being an independent device. This is bad news for all you Android users out there who, despite hating iPhones or even Apple in general, were secretly hoping to get your hands on a pair!

What’s more, another filed patent uncovered that these glasses may help the user see in the dark. Although this may sound cool but is mostly likely to be similar to the night sight we’re all so used to seeing in new smartphones.

Though several credible sources believe the Apple Glass won’t release until 2023, Jon Prosser, a notorious Apple news leaker, believes that its intended release date is set to be between March and June of 2021. He also believes that Apple will want to make a media spectacle at one of their Keynote speeches where the Apple Glass will first be unveiled months before its release date, like it has happened with the Apple Watch when it first came out. It is for this reason that he believes Apple will hold off from unveiling it until tech conventions reopen to the public as Covid restrictions ease off.

Apple is also working on a VR headset to rival the likes of the Oculus Rift, with ultra-high-resolution displays and taking full advantage of the extension app store library to access games and videos. The VR headset will also feature surround sound with Siri enabled capabilities for a more immersive experience. This headset is likely to be released before Apple Glass and is expected to drop in 2022. As with all things Apple, the headset won’t be cheap though we can’t confirm any prices as of yet. But with its competitors like HTC, Quest and Microsoft pricing their devices between $399 to $3500, we can expect Apple to be on the higher end of things like they usually are. 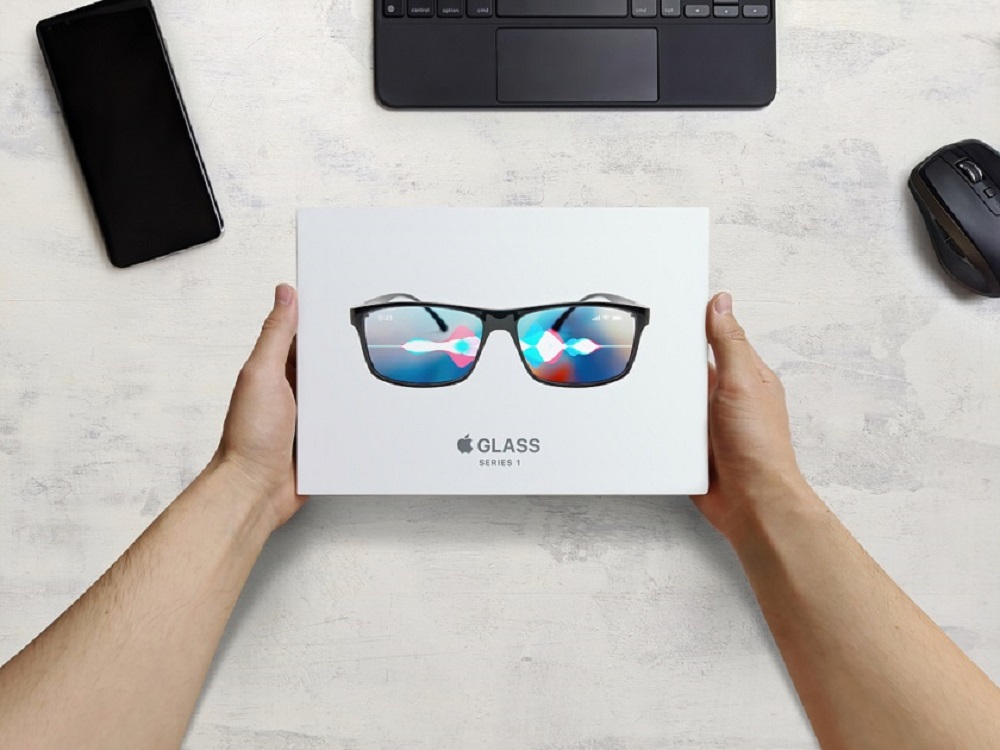 The good news is that Prosser believes the Apple Glass will be priced around $499 plus subscription charges, which is cheap as can be expected when Microsoft’s Hololens is priced at $3500. But the caveat is that the Apple Glass will need to have an accompanying iPhone to handle its processing, since the glasses themselves won’t host the necessary electronics to do so, while the Hololens is completely independent.

The exact features of the device are a point of debate with the most commonly accepted feature being that syncing the device with an iPhone will bring up texts, maps, emails and even games to the periphery of the user. Other reported features include even changing the background of objects in the user’s vision, much like the feature on Zoom. It will also feature chroma keying which is capable of replacing solid colors in the background with other things. A highlighting feature found in the filed patent is that it will include Apple Maps’ Look Around feature in the glasses, enabling the user to visit different parts of the world and immerse themselves fully to explore as they please, while highlighting key features, stores and landmarks in the high street. Considering how the entire world has had a travel ban imposed since the end of 2019, this feature might be the one to take the cake. 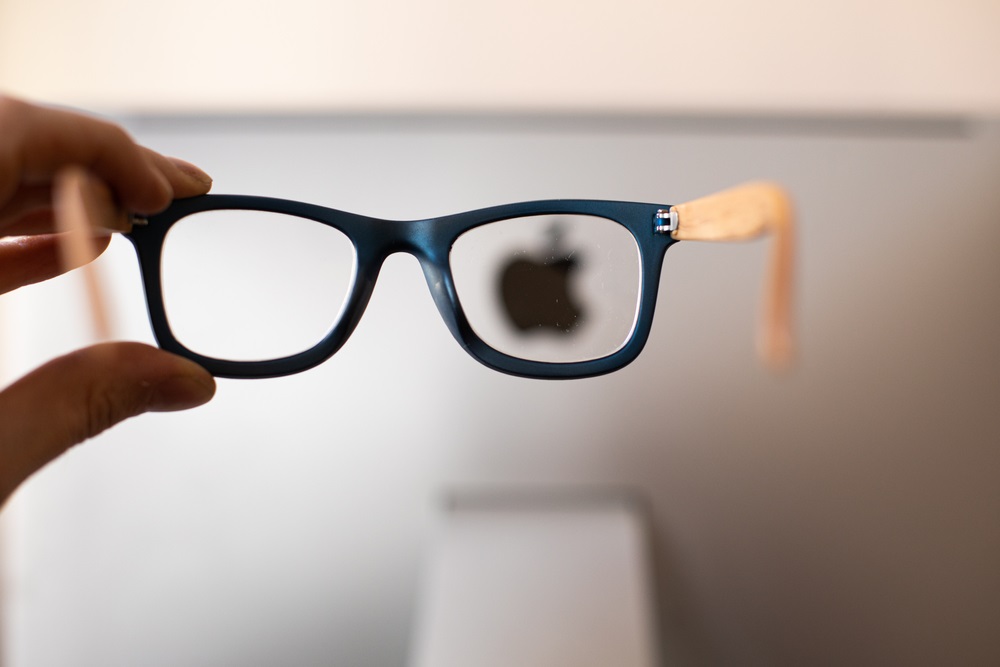 Another outlandish patent that was filed is for the glasses to not need prescription lenses, using an ‘optical subassembly’ to adjust the viewing experience of the user, but don’t quote us on this just yet!

When we talk about the overall look, the Apple Glass is reported to be designed like a simple chic pair of prescription glasses, giving off quite a Clark Kent-esque look. It will come with a LiDAR sensor on the right temple and absence of any cameras for privacy purposes, although this could very well end up changing near its release. While Apple currently has no plans to offer ‘Shade’ variants to the Apple Glass, that could all change with the next iteration if sales boom upon initial release. Moreover, the Apple Glass will use Sony OLED displays for the use of AR with an expected battery life of the glasses to be 3 hours. 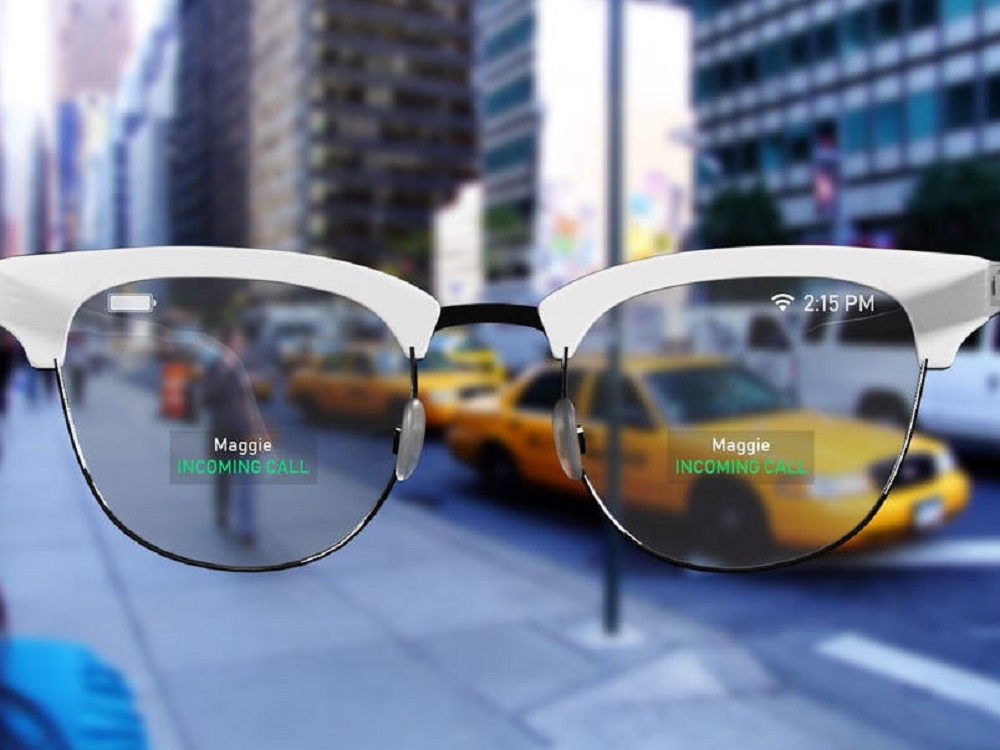 Even though being an accessory to the iPhone will mean many good things for the Apple Glass, the design side of things will definitely see implications with the pairing. You might not find the glasses as lightweight as your Ray-Ban aviators, they could still be light and comfortable enough to be worn every day. However, the 3-hour battery life will again cause implications if you want to use them for everyday wear.

It is possible that Apple Glass has a modular trick up its sleeve with a cheeky pair of swappable arms that could each cater to a distinct purpose or carry out a different function. 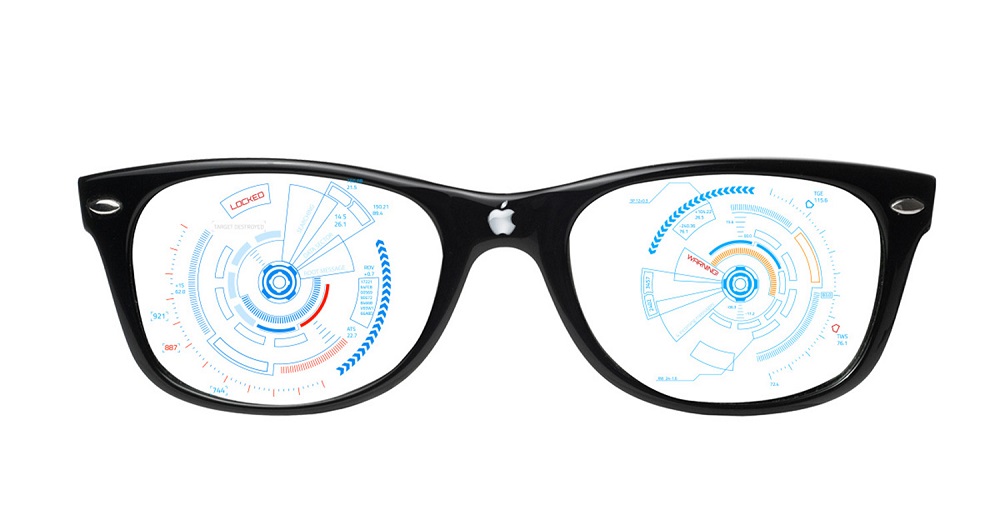 Though there is no news about the specs of the glasses, if its competitors like the Hololens are any indication, it will have a 52-degree field of view with 47ppi resolution. We’re still unsure if the notification system in the Apple Glass will include 2D icons like the Google Glass. However, if they aim to truly achieve 3D immersion, the paired iPhone will have to process all the captured imagery to and from the glasses at least at 60-120Hz. Which means they would need to be connected over something with a greater bandwidth than the current Bluetooth tech available. Unfortunately, this also means that powering the glasses will be battery draining for both the glasses and the paired iPhone. However, we expect consumers to be more forgiving with this if they manage to include a wireless charging case like the ones for the airpods.

When asking the audience what they expect or rather, want from the Apple Glass, the most common request seemed to be for natural looking glasses. Although we’re fairly certain Apple would want the same thing, there is a possibility that Apple might want to spruce things up Apple style. Of course, they would have to make sure they come up with a unique and sleek design that does not leave their consumers looking like a geek. 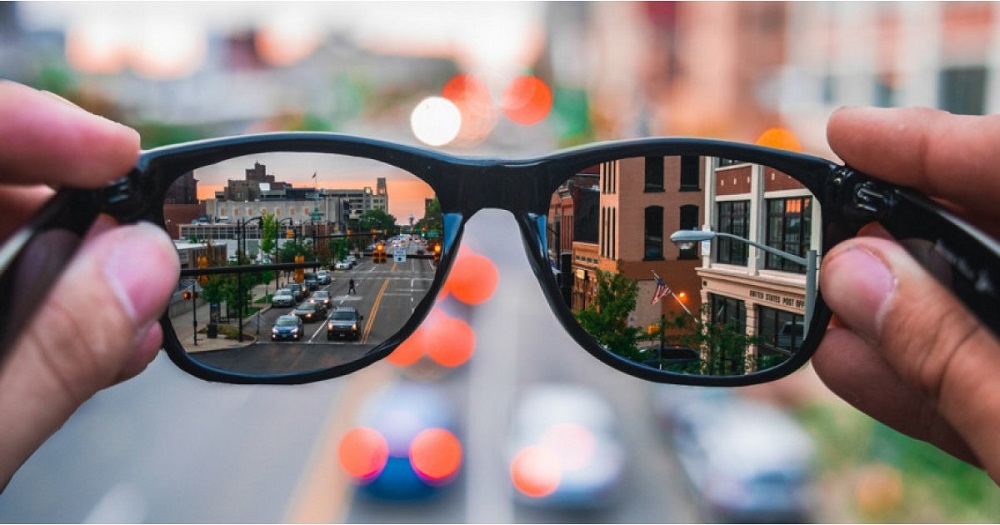 Another request we saw being frequented was the true power of augmented reality that comes from full 3D integration. Of course, there were some people happy with just a ‘heads-up’ display. However, for Apple Glass to be successful, there should be a feature to run any iOS AR app that currently works on the iPhone through the glasses.

This expectation might not be easy for Apple to fulfil given its previous track record. However, it is one that can make or break their sales and that is at least 8 hours of battery life. From what we know, Apple is working on glasses with a 3-hour battery life that will run out before you even have the chance to say ‘augmented reality.’ So even if you cannot run 3D AR apps all the time because of course, that would be draining, you should still be able to look at notifications and 2D apps in between with the glasses lasting through an average workday. However, it is quite possible that it may not be the case for at least the first generation. 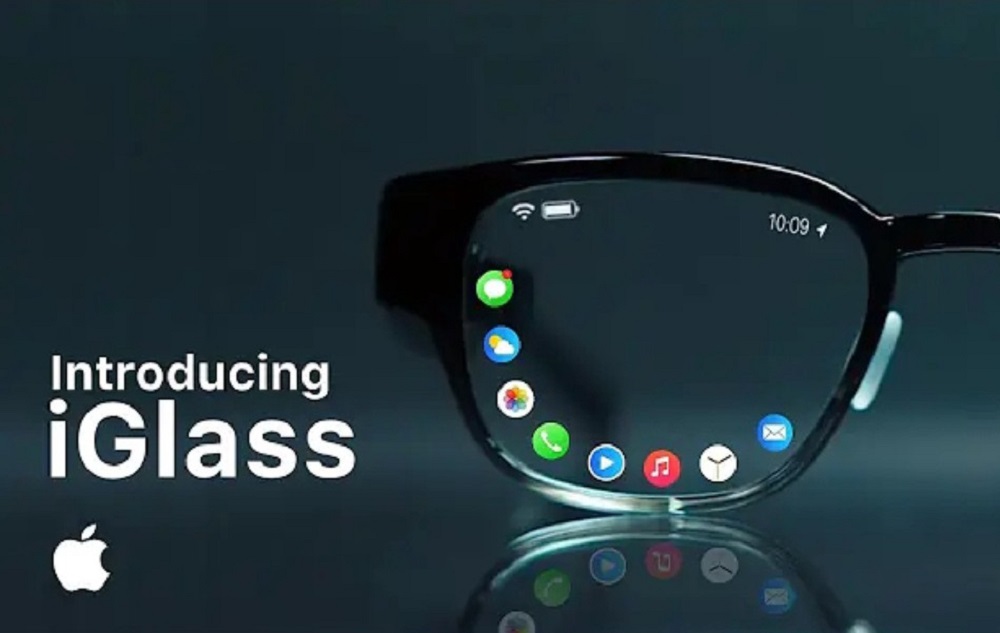 According to Bloomberg, as of now, the glasses are in an early stage of development, even earlier than the AR/VR headset that Apple is rumored to be working on. This means we cannot be sure of when we’ll get to catch a glimpse of it, especially since most of the speculation seems to suggest that the glasses are several years away while some confirm that they will be released or at least announced as soon as Covid restrictions ease up. However, the original plans Apple had with the release for the glasses were to be around 2023 so we might have to wait quite a bit.