People who are interested in personal aircraft should now be counting their money and thinking if they have enough to buy the AAVs that are soon to appear on the market. We are talking about eVTOL vehicles, which stands for ‘electric vertical takeoff and landing’ vehicle. Today we’ll look at the Archer Aviation project and its prospects and we’ll also compare the flying taxi by Archer with the AAV by a Chinese company, Ehang.

The sphere of vertical takeoff machines only starts to develop. But even now we see the competition that is going to be insane. The air taxi is the most prospective project of many big cities. For example, Dubai city authorities have signed an agreement with Ehang company to develop the city air taxi infrastructure up to 2025. Also, United Airlines placed an order for 200 Archer’s aircraft units. Surprisingly, the world doesn’t see the AAVs and eVTOLs as something mythical. Companies start buying these vehicles and we need to dig into details if we want to understand what’s actually going on in the air travel sphere. 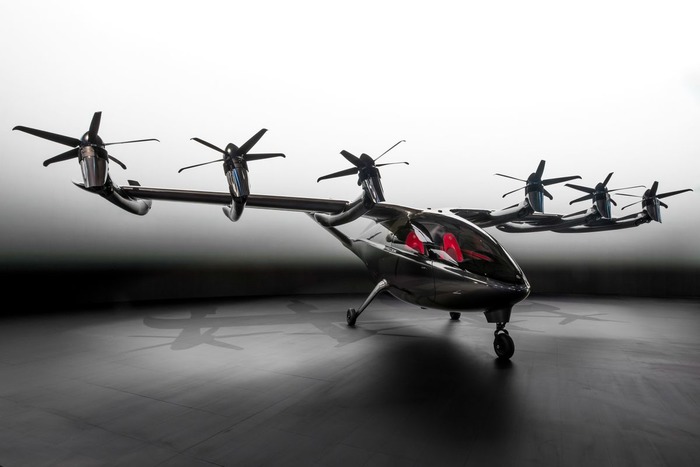 The company says that they are going to produce and sell urban electric jets. They will be very comfortable and fast, extremely maneuverable, and also eco-friendly. They call their aircraft Maker, and this name will probably change the way we look at aviation.

For now, people only use aviation transport to commute to long distances like between cities. Archer Maker will allow people to use a personal jet to commute a couple of miles of distance just in a minute without any traffic jams and other problems.

The vehicle is now being tested and certified, so we expect that in 2023 they will start their campaign to sell the first aircraft to the big companies.

We can’t say much now about the technologies used and about the specs that Archer Maker will have. This will be a superlight 2-seat aircraft with 12 propellers mounted on wings. Propellers can move in different directions to ensure the change of the angle of attack. This will allow the vehicle to take off and land vertically without the need to search for a runway. Then, when the aircraft is in the air, the propellers will turn to a working direction to push the plane forward. The 6 rear propellers are mounted without a moving option, so they will always work to ensure the plane is at the needed altitude. The rear propellers stop when the aircraft takes the optimal altitude.

Each of the front propellers can move separately from other ones. They are all managed by the computer, so the pilot won’t need to bother with the position of the propellers.

Archer also has developed its own battery pack called Meru Battery. This is a 74 kilowatt/hour pack that ensures a maximum power of 672 kilowatts.

There is a bunch of sensors that allows Archer Maker to take off and land autonomously. But bear in mind that this is not an AAV. Archer isn’t fully autonomous, at least in current versions.

The Maker can make 60 miles at the cruise speed of 150 mph. This is not bad if you compare it with other air taxi projects. Lightweight composite structure makes the vehicle really light, so it doesn’t need much power to take you to the needed place.

One of the most important things is that the noise measurements show only 45 DBA noise levels outside the machine. So even if there are 100 Archer aircraft units flying over your head in the city, you won’t hear a lot of noise. Let’s say, cars on the street create much more noise pollution.

Well, it’s not that fair to compare Archer Maker and Ehang 216. The Ehang passenger drone is a little different and it will have different tasks. But Ehang has one project that can be easily compared with Archer Maker. It’s Ehang VT-30 which may even be better than Archer Maker in many terms. But the problem is that Ehang VT-30 is far away from being the mass-produced model.

The VT-30 is going to be a winged aircraft with 8 propellers mounted on both sides of the vehicle and also 1 pushing propeller. The AAV will be fully autonomous like other Ehang models. The range is going to be 186 miles which is much better than with Archer. The VT-30 will be able to carry 2 people which is good for such a small-sized aircraft.

The maximum flight time is 100 minutes per one charge. And now it all depends on batteries. The company that will offer a better and lighter battery pack that can be charged quite fast, will win the competition. Also, Ehang is going to introduce fully autonomous flights, so there won’t be any pilots. With Archer Maker, you’ll still need to understand how to control this thing.

What are the time plans for production?

We hope that eVTOLs will be there in 2025 and this is a very optimistic prediction. And we are looking forward to having a test flight on one of them as soon as possible!