NASA has spent billions to create and buy spacecraft for sending astronauts to space. During last years, it’s all about International Space Station because other manned missions to outer space are only being planned. But it’s now time to change the game because private companies are fighting for being the first in space exploration and NASA can just buy their services. Boeing Starliner project shows that government organizations can cooperate with a private company and save budget money getting great results.

There have been claims that the Starliner project is now closed and Boeing doesn’t work with spacecraft. But recent reports show us that NASA is still planning to use Starliner rockets fully operated by Boeing. You may know that Boeing is not the leading company in terms of engineering and producing spacecraft. Elon Musk’s SpaceX is thought to be the most influential company in the sphere. So, in our today’s video, we’ll outline the main ideas of the Starliner project and see if it’s better or worse than SpaceX Crew Dragon. 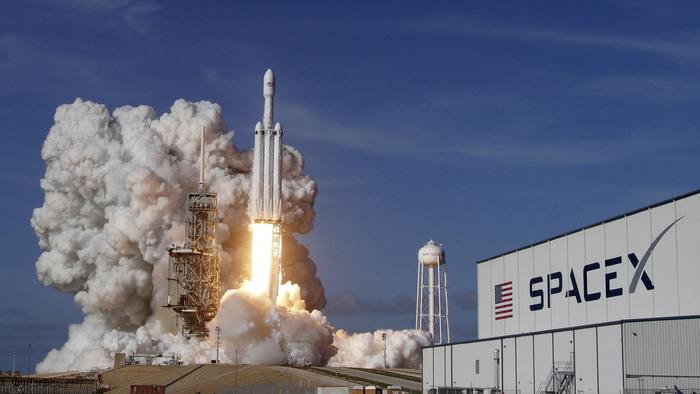 How it all started?

In 2010 NASA first offered Boeing some job in space exploration. At that time Boeing did really well in the commercial aviation sphere and it might be a great advantage for making special spacecraft for flying to ISS and back. NASA paid $18 million to Boeing and the results were that Boeing agreed to build a kind of spacecraft for delivering astronauts to the Earth’s orbit. In 2014 Boeing signed a contract with NASA getting $4.2 billion. This contract stated that the Boeing company was to build and launch Starliner spacecraft for crewed missions to space. There were scandals about the contract because basically SpaceX was doing the same job for $2.4 billion. And you probably know that SpaceX did a good job by sending crews and cargo to the ISS and back successfully in 2020 and 2021.

But Boeing is really close to its first crewed mission which is planned for the end of 2021. Although the first unmanned flight wasn’t quite successful, the company is going to make one more test flight and then it claims to be ready to send people to the ISS.

You may wonder why they need this highly expensive Boeing spacecraft if they can use SpaceX technologies and send people and cargo to space using Crew Dragon rockets. The answer is simple: any kind of monopolization will potentially make the flights to space too expensive for NASA. So it desperately seeks ways to avoid investing billions in spacecraft building and still maintain its leadership in using the International Space Station.

The Starliner is actually great

The spacecraft is basically a passenger capsule that will be capable of carrying people and loads to the Earth’s orbit and then successfully get back. The task of land such a capsule is really hard, so Boeing did a good job to invent needed technologies. The crew module will be able to send 7 astronauts to space.

It’s 15 feet in diameter and 16.5 feet tall. The Starliner has 60 rocket thrusters and 4 additional engines to abort launch if there are any troubles. They will use United Launch Alliance Atlas V rocket to deliver the module to orbit. Also, Boeing made sure that the capsule can autonomously dock with the ISS so that there weren’t any problems. When the capsule needs to return to Earth, it’s just disconnected from the ISS and is sent towards the planet. Once it enters the atmosphere, three parachutes deploy in order to slow down the module’s descent. Also, there are six airbags in the bottom part of the Starliner capsule to soften the landing. This allows Boeing to land the capsule on land. And this is a huge advantage over SpaceX modules that need to be retrieved from the Gulf of Mexico.

One of the important things is that the Starliner module is charged with solar energy, so there is always an autonomous source of energy. The panels generate nearly 2.9 kilowatts of energy and that’s enough to power the most important electronics in the module.

As of now, Boeing has made 3 Starliner capsules, one of them will be used for various tests and the other two are going to get to space.

Will Boeing actually be a competitor for SpaceX?

It’s now hard to say if the mission will be successful. Today, Boeing and NASA have done two test flights and there will be one more test flight without crew. We can’t say that the flights were absolutely successful.
The first flight was back in 2019 to check how the engines work when the mission is aborted. The spacecraft successfully went one mile up and then one mile north after the parachutes deployed. It landed safely, so this launch was successful and showed that even in case of emergency new Boeing spacecraft will safely return astronauts to Earth.

The second flight was planned to dock with ISS, but it couldn’t. As soon as they launched the Starliner, NASA announced that the module had spent too much fuel to take off because the calculations hadn’t been precise. After that, the module circled the Earth 33 times and safely landed in New Mexico’s White Sands Space Harbor. NASA then made a huge investigation and found over 80 bugs that Boeing had to fix. After that, no official test flights have been conducted.

NASA experts didn’t call the test flight successful. They said that they could lose the module 2 times during its flight. And that’s not appropriate for sending crewed missions to space. But Boeing did its best to prevent such things in the future. The next test flight will use Starliner 2 spacecraft that hasn’t been used up until now.

Actually, Boeing company is in huge trouble because of its immense losses in the commercial aviation sphere. As you probably know, their Boeing 737 MAX project is hard to call successful because it was involved in two fatal accidents in Asia and Africa in 2018 and 2019 and now companies all around the world are only starting to use these planes again after major changes in software and hardware systems of the aircraft.

This created budgeting problems for Boeing and probably it now has some impact on Starliner missions, too. But Boeing never commented on this giving information about space missions. Actually, they say that they have completed major updates and checked all bugs that were found during unmanned test flights.

But the next flight will be possible when ISS has the open dock. The flight has to be well planned because otherwise, Boeing will need to spend millions out of its budget to pay for more test flights before they are finally able to send people to the ISS. NASA won’t allow any crewed flights until they are totally sure that there is no danger for the lives of astronauts and scientists.

Boeing says that they are now planning the first crewed mission with the company’s pilots. Experts are now preparing the module in terms of all life-supporting equipment and emergency instruments to get it all ready by the end of 2021.

Is Starliner better than Crew Dragon?

Now we can clearly see that SpaceX beats Boeing in terms of technologies, cost of sending people to Space, and even safety measures. But Boeing isn’t going to agree with this. Potentially, Starliner modules are better than SpaceX Crew Dragon. They can carry more people and they have more advantageous systems to dock with ISS.
The only huge drawback of the Starliner module is that it had numerous problems and glitches during its first space flight. The computers on board went off for 11 hours making the module just a piece of metal floating around the orbit without any control. And even though NASA and Boeing specialists did a great job to get it back under control, it all shows that they can potentially have big problems with sending people to the ISS.

Now SpaceX is better just because it works and completes missions. Boeing is still a loser in this comparison, but it may change the game soon if all other flights of the Starliner will be successful.