Bombardier Global 7500 is one of the largest private jets today. The plane is constructed to deliver smooth flights to rich people and corporations. This is obviously not a cheap way to travel, but the jet can take you nearly anywhere in the world with its outstanding range and wonderful comfort. The builder applied all technologies that are available to make the flights less tiring, faster, and even relaxing.

The Global 7500 is a long-range private jet that is offered with custom interior, the most advanced avionics in the class, and amazing fuel economy. This jet was first shown in December 2018, and now about 50 units are in use. Today we’ll look at the most distinctive features of the aircraft and will decide whether it’s the best private jet in the world or not. 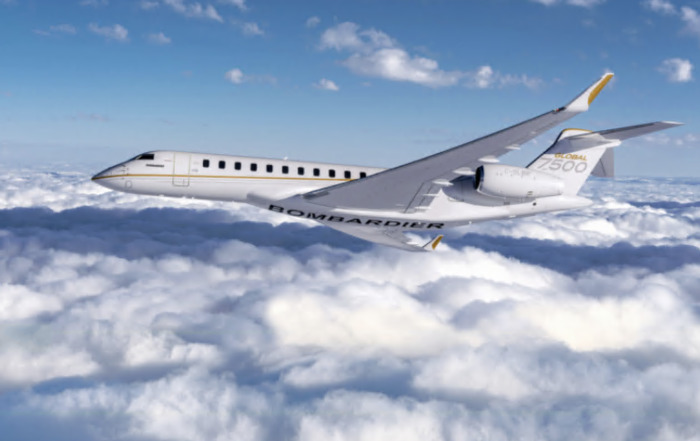 The program of development of the Global 7500 cost Bombardier company more than $1 billion, but the result is unexpected for competitors – the jet is sold rapidly and it shows great competition to Gulfstream, Dassault Falcon, and other long-range jets available on the market. Companies and rich individuals often prefer Bombardier as one of the most technological aircraft in the class as well as one of the most efficient.

You may expect that Bombardier's private jet costs less than the main competitors. But actually, the Gulfstream G700 will cost around $75 million, basically, the same price tag is shown by the Dassault Falcon 10x. The price of a fully equipped Global 7500 is around $73 million which doesn’t make much difference for potential buyers. So the price is not the issue.

The plane is designed to cover at least 7300 nautical miles or around 13 500 kilometers at the speed of Mach 0.85 or 567 knots (which is more than 1000 kilometers per hour) with 10 passengers. The cruising speed is 484 knots, and here the plane may show 7500 nautical miles of range. The range, luxurious cabin, and the space inside the jet became the main marketing points for Bombardier. This is the roomiest and the most luxurious private jet you can find on the market.

In 2019 Bombardier Global 7500 broke a record of the longest journey of a private jet. This was the flight from Singapore to Tucson, Arizona. The flight took 16 hours and covered 8152 nautical miles or 15 098 kilometers. In a year there was even a longer flight between Sidney and Detroit – 8225 nautical miles. Also, Bombardier Global 7500 set the record for the fastest flight of a private jet. The cruising speed of Mach 0.925 was registered during the major part of the flight between Van Nuys Airport and Teterboro Airport in the US.

Experts say that the Global 7500 has accumulated over 200 orders, so the company has some work to do for the nearest years.

Let’s move to the cabin and see why these planes are so wanted by the rich people and big companies. The jet may take up to 19 passengers onboard. 4 crew are needed to operate the flight. The cabin length is 54 feet 5 inches, with incredible 8-foot width and 6 feet 2 inches of height. There are different cabin layouts, but in most delivered jets you will see a bedroom with a double bed, the main room that can also be transformed into a dining room by rearranging the tables, kind of a lounge zone with a cozy couch and some entertainments. Every single seat can be easily transformed into a single bed. The anatomic structure of every seat is specially designed to suit the long flights of 10 hours plus. There are two spacious lavatories, a full-height wardrobe and also many other important things you would love to have during your flight. This is a long-range jet, so they even made a crew suite to provide comfort for pilots and other crew. This will add to the safety of flights. The cabin layout may be changed to suit your wishes.

It’s quite important that the cabin is naturally light thanks to many big windows. Though there is a lighting system that may be considered the masterpiece of light design. You may also want to know that you’ll breathe only clean air. The Bombardier Pure Air system allows passengers to breathe just like in a deep forest without any danger to their health. Bombardier introduced the Touch cabin management system. You can control climate, lighting, and other features by a small control unit near your seat.

Bombardier Global 7500 is powered by two turbofan engines – General Electric Passport. These engines are quite modern and reliable. They ensure wonderful thrust along with optimal fuel economy. The avionics is advanced and it ensures nearly automated flights in any weather conditions. The service ceiling is 51 000 feet that ensures even better fuel efficiency and calmer flights.

Bombardier is going to firm its position in the market of private jets by selling more Global 7500 models. And we believe it will be very hard for Gulfstream and Dassault to win this competition. They will obviously need new models, not just better marketing for the existing model range.