China’s first stealth fighter jet, Chengdu J-20, was first used in 2016. The aircraft appeared to be extremely technological and modern, and it also now has a lot of versions so that the Chinese army can use the needed version and not waste money for functions they don’t need in a certain case.

A lot of experts now say that China has one of the most efficient fifth-generation stealth fighter jets in the world. And today we decided to look thoroughly at the machine and to compare it with the obvious counterpart from Russia. Why does a Chinese fighter jet cost much cheaper to build? Why are many countries afraid of the jet? How many J-20 planes have they produced? We’ll answer these questions and touch many others.

So, in 2016, on one of the military exhibitions, China presented its new fifth-generation fighter that immediately brought the People’s Liberation Army Air Force, to one of the first places according to technologies and weapon efficiency. Let’s see why. 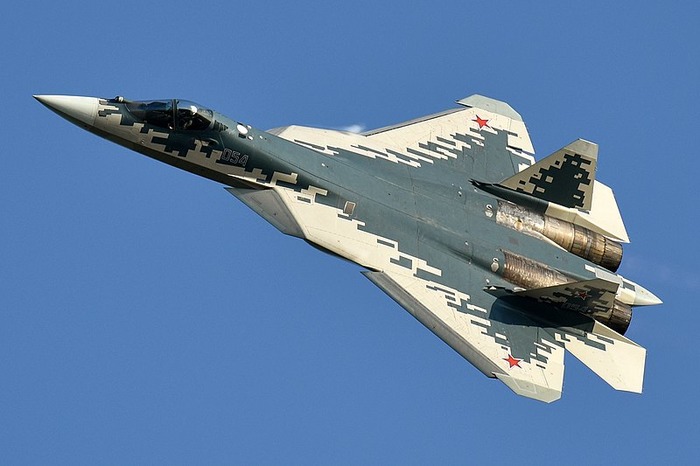 The J-20 is basically the world’s third fifth-generation fighter jet after F-22 and F-35. This is a single-seat, twin-engine jet that is capable of flying at 1400 mph, and that’s the insane speed for an aircraft. The plane is equipped with two Saturn or Shenyang powerplants showing 145 kilonewtons with an afterburner. The range is 3700 miles and the service ceiling is around 20 kilometers.

The fighter is capable of carrying five different missiles in specially prepared weapon bays. They are internal so that the radars couldn’t reveal the plane. Also, there are 4 hardpoints that can carry additional loads when the plane isn’t in stealth missions. The hardpoints may be used for carrying drop tanks, for example.

A fighter jet is a deathly machine that can fly secretly to any place even if it’s protected by aviation radars and send weapons to the target. The up-to-date avionics helps pilots do less work. They may pay more attention to getting to the targets. Also, the safety system was improved much. Now the pilots have much more chances to survive if the plane gets into trouble.

The Chinese Air Force now has 150 units of J-20 fighter jets in service. And they aren’t going to stop their production.

Well, China had never built really good fighter jets before. Nearly all their previous models were more or less copied from Russian fighter jets which in their turn also weren’t that revolutionary. But J-20 may really be the game-changer in the air. And yes, it can change the modern world order because currently, wars happen in the air, not on the land.

J-20 is the first stealth jet built by Chinese experts without looking at any other technologies. They invented many unique things like weapon bays construction that ensures optimal stealth flights, and avionics systems that help pilots concentrate on strategical tasks. They introduced new engines and a way to control them. And we can say that they are way more technical than those of Su-57.

So, yes, the international society got puzzled when China showed its new fifth-generation fighter jet. There are numerous comparisons of Chengdu fighters with F-22 and F-35 and there are also many side-by-side comparison articles that look at J-20 and Su-57, so we won’t repeat them. We’ll only look at prices because this is the thing that amazed us the most.

The cheapest version of the J-20 costs $30 million, and that’s amazing. Yes, you won’t get all the options in this fighter, it will even have worse engines and poorer avionics. But it’s still the fifth-generation stealth fighter jet that costs even cheaper than many 4th generation jets produced in the world.

The top price is still high – it’s around $120 million. But again, if you compare the specs and capabilities of the jet in this version, it can easily win in comparison with Su-57 and even with American fighters.

Well, comparing the specs on paper isn’t that interesting, and we hope that these fighters will never have to be real enemies on a battlefield. Because that will apparently mean the third world war.

Who will buy Chinese stealth jets?

If we believe that China has really produced some revolutionary weapon that is much cheaper and better than any fifth-generation fighter jet in the world, we can say for sure that China won’t sell the plane to any country. You may see that China has quite an unstable international policy, they easily become friends with some countries, and then in a couple of years, they become enemies in the political field.

There is one more thing. Some military experts say that China has started the informational war by saying that they produced the most modern and efficient fighter jet. But if you look at the plane thoroughly, you can see that it has a lot of weird specs and things. Maybe, they just want other countries to invest money into newer technologies of fighter jets while China is making some other weapons?

We believe that J-20 is a powerful player in the air, but still, there are some weird things about the plane.