ISS Commercial Resupply Services are now in priority for NASA. They are going to be sent approximately every 60 days after the next CRS-23 mission which is also known to be named SpX-23. SpaceX is going to use the Cargo Dragon spaceship at least five times before they will decommission it.

Today we’re going to have a look at CRS-23 missions and see what kind of equipment they will send to International Space Station, when they are going to send the ship back and what kinds of scientific news we should wait for until the CRS-23 gets all the load safely to ISS. That’s going to be fun! 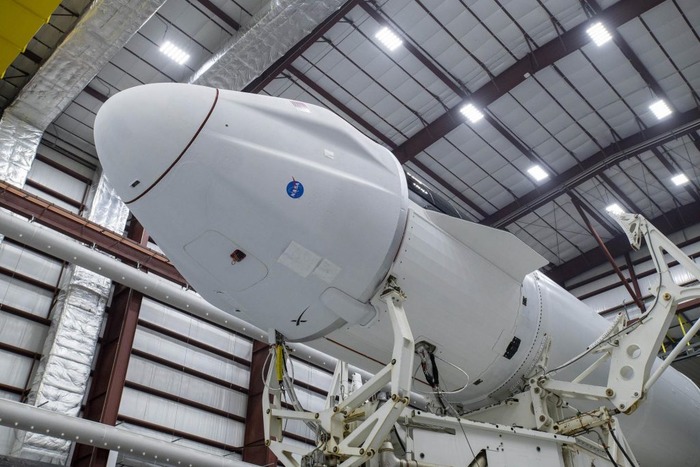 When are they planning the launch?

Officially, the launch was planned for the start of September 2021. But soon after it was first introduced, they changed the launch date to the 20th of August. The most recent information says that the launch is going to take place on the 18th of August. But you need to know that the date is not final, they may change it due to weather conditions or any other reasons.

You may wonder why they started launching missions to ISS so often. The CRS-22 mission was launched on the 3rd of June, and it brought over 3 tons of equipment and food to the ISS. Now they are going to send the spacecraft with exactly the same launch mass, so the payload will be basically the same – over 3 000 kg. Given the ships start going to ISS every 60 days, we can assume that ISS uses 50 kilograms of materials from the Earth a day, and that’s weird. Where do they put so much equipment there?

Well, the answer is simple. NASA invests much in space exploration programs because they want to send people to Mars as well as to investigate exoplanets. The ISS is the best place where they have staff and they are going to use this place even more intensively.

If you want to know where exactly they put so much equipment, they just throw away things they don’t need into the open space. And also they send some litter to the Earth with SpaceX capsules that travel back when their missions are done.

What will the CSR-23 payload consist of?

This time, NASA will send to the ISS a special telescope called TinyTol. The telescope is made to investigate exoplanets. It’s quite small but really efficient, and it’s going to cause a real revolution in what we know about exoplanets. Maybe, NASA is taking the first steps to plan the relocation of some humans to exoplanets? We’ll see.

Then, there will be a payload sponsored by the ISS US National Laboratory to test some products of Eli Lilly, a pharmaceutical company, and also Colgate-Palmolive company. Well, that’s not so interesting for space exploration enthusiasts, right?

This is the first Dragon 2 spacecraft built for ISS resupply missions. It was already sent to ISS successfully within the CRS-21 mission on the 6th of December, 2020. It’s a multiple-use spacecraft, so after it’s unlocked from the ISS, it’s sent to the Atlantic Ocean or to the Gulf of Mexico. With the help of parachutes, the capsule safely touches the water and is then delivered ashore for being refurbished and used once more.

There have been two successful launches before CRS-23, so SpaceX and NASA are pretty sure that the other missions of the program will also be successfully completed. Any failures will cost a lot because the Cargo Dragon spaceships deliver to the ISS some very precious loads that are impossible to produce again if something goes wrong.

According to the price, few sources can be relied on. NASA previously paid SpaceX $700 million for 20 ISS flights in 2015, and we assume now the price is only a little more expensive. So, SpaceX really cuts down the prices for space flights.

How many times will SpaceX send loads to ISS?

Between 2012 and 2020 NASA ordered 20 cargo missions to the ISS within the CRS Phase 1 program. In 2016 they started preparing CRS Phase 2, and now the Cargo Dragons fly to ISS according to this program. SpaceX guarantees to send at least 6 missions to the ISS according to the program. The company has built 2 spacecraft for this, and they are going to complete 3 missions each. But the spacecraft can bear at least 5 launches each, so there may be an extension to the contract.