In 2021 Elon Musk is planning to open his Giga Berlin factory that has been constructed for a couple of years. The project costs around 4 billion euros which makes 4.8 billion US dollars. And it’s going to produce cars and batteries for the European market. Musk wants to hire at least 8 000 people to work for the company, so the project is really important for the region. Also, the European-made Teslas might cost cheaper for buyers and they may change the competition patterns on the EV market.

But as you may predict, it’s not that easy to build a production factory in Europe and not have troubles with ecology activists. They will oppose anything that can hypothetically change the current natural balance of emissions and will fight against any new production. Although Musk and Tesla authorities claim that the Gigafactory in Berlin is probably the most eco-friendly production site in Germany, the activists don’t believe and force Musk to close the project and get away from German land. Will they create real problems? Let’s investigate it together. 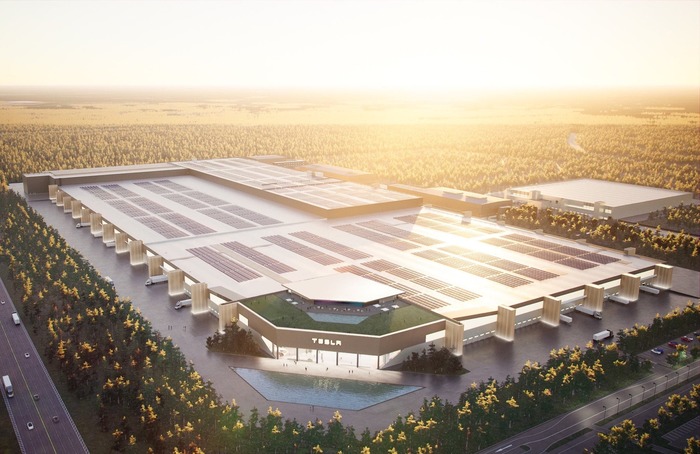 What’s the plan for the Giga Berlin factory?

We want to start with the fact that the Giga factory in Europe might have been built in a dozen of different locations. Netherlands, Czech Republic, Portugal, Spain, Finland, Lithuania, and some other countries offered their land to build the Gigafactory 4. The reason for this competition was the significant prospective contribution to the economics, so countries were ready to give many perks to Musk for building his production site on their land and eventually to pay taxes to their budgets.

In 2019 Musk announced that he was going to build the next Gigafactory near Berlin. The project immediately got the name Tesla Gigafactory 4 Berlin-Brandenburg. The construction works had to start in June 2020, but the company had to go through huge challenges with ecology activists to start clearing the production site from trees and grass. Although, the production works started on time, and the Giga Berlin factory is set to start the production in summer 2021, as it was originally planned.

The plan for the factory is to produce batteries, battery packs, and powertrains for use in Tesla cars and also to assemble Tesla Model Y for the European market. But the plans may change any minute as soon as the company sees any kinds of changes in the demand. In the future, they may start to assemble all car models that Tesla will offer for European clients. The estimated capacity of Giga Berlin is the production of 500 000 cars a year.

The area chosen for building the Giga Berlin factory was an undeveloped piece of land with pines growing all around it. Tesla struggled to get permission in courts to clear the site. Finally, the activists agreed that Tesla will plant more pine trees of different types around the factory and in other areas, too.

During the construction works seven bombs from World War II were found and disposed of in controlled explosions. Tesla paid 13 euros 50 cents for each square meter of the site which is 740 acres or 300 hectares, and that is insanely expensive for the area. The total cost of land was over 41 million euros.

Tesla is going to have problems with water supply as the area isn’t so rich with good water that can be used in the production cycle. Water purification stations will be installed to clear the water with reverse osmosis technology and also distillation, and this adds millions to maintain costs for the factory. Also, they will face more troubles if the plant turns to 500 000 cars a year, as planned. The water supply is limited, so they will need to find other sources which are going to be even more expensive.

Now, ecology activists are fighting the company again. They go to courts and try to sue the company for potential changes in natural water supply for the whole region and also for potential problems with wastewater disposal. This may be a big thing that can really postpone production or even stop it after a successful start.

Also, activists say that the Giga Berlin factory will have a big impact on local wildlife. Reptiles, ants, bats, and birds living in the area, won’t be able to survive if the production starts like it’s planed.

There are also concerns about unexploded World War II bombs that may be deeper underground. And that may cause big problems if one of them explodes because of changes in the land density and pressure. This may lead to a big danger for people working on the site and also for the equipment.

Giga Berlin factory had some other minor troubles during construction, but for now, ecology issues are seen as the most dangerous for the business. Elon Musk never commented on these issues seriously. We believe that Tesla will be able to find the right decisions to regulate the conflicts with ecology activists and start the factory in Germany. It’s going to have a more positive impact on ecology, even though it causes some problems in the local area right now.