There is a new guy in your life. He is everything of which you have dreamt. Attentive, kind, gentle but masculine. But, after a month he asked you to be his girlfriend. Is it a bit weird, creepy maybe?

Is he a man who wants to rule your life or the jealous type and can’t bare the thought of you seeing anyone else? Or is this natural and you are the one that’s being non-committal? 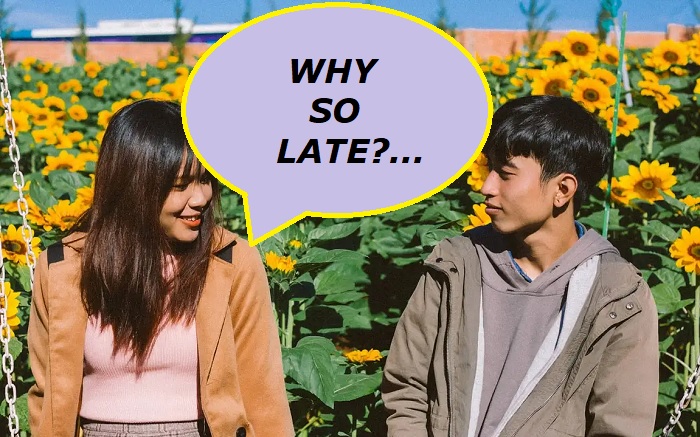 So, let’s examine this from both sides. Yes, it’s possible that the great guy you have met is not particularly great due to one of the reasons above. He could also be a bit insecure, wanting to ‘bag and tag’ you before you get away.

All these behaviors should not be happening on your watch, and if he has shown any signs of anger, possessiveness, or any other unsavory gestures towards you or other people around you, then say no without a second thought.

A man who shows signs like that will not become loving and considerate with time, if anything he will become worse.

But before you dump him like hot coal, consider a few things. How much time have you spent together in that month? Have you seen each other every day? Have you done a lot of talking? How well do you know him? Have you met his family and friends?

It is possible for a relationship to grow quickly to the point that it can become exclusive within a month.

Is there such a thing as love at first sight? This topic has been debated throughout the ages and to this day there are still differing opinions on it. Surely, many couples meet, fall in love, and get married within a matter of months and remain happily married for the rest of their lives.

The consensus is that it is impossible for two people to meet and just know that this is the one they want to spend the rest of their lives with. This of course brings us to another question. Is dating really all about finding someone you want to marry?

A Means to an End

Young people have so many choices to make, and relationships are included in that list. As women only have a certain number of years to be able to procreate naturally, it makes sense that dating is a way of finding the person they want to have babies with.

Some women, of course, forego this by artificial insemination or having a one-night fling to get pregnant, but usually, both parties would like to develop a loving relationship with the person they want to have a family with. The older the woman is, the more aware she is that her reproductive days are numbered.

My husband, being a man that knows what he wants and goes after it as quickly as possible, thinks there is nothing wrong with asking a girl out after a month. This proves that a man with the same personality as my husband may very well be in a hurry to make a relationship official. This is not wrong or weird unless you as the prospective partner think so. If your personality type is to take things slowly, then that is your prerogative.

No one should push you into something you are not ready for. There are of course other men who, due to having been hurt in a relationship before or simply prefer to think things through slowly, would be more compatible with you.

What the Experts Say

Claire Fox and the Elite Daily staff say in an article in their July 2021 edition, that a month may not be enough time to get to know someone enough to express feelings for them. This should be a precursor to wanting to have a more meaningful relationship with them you should think.

An article in Upjourney.com states that it takes 6 to 7 months for a man to decide if he wants to get serious with a woman with a view to marrying her. Other sources say that 1-3 months is normal to know if you want to date exclusively. Another pointer is that it takes 5 or 6 dates with someone to be ready to take it to the next level.

Also, such things together are if you are talking about a future casually and your time together has been meaningful and intimate. The most important consideration is if you are both available, not only physically, in other words, there is no one else that you are already committed to, and just as importantly emotionally.

Ideally, it is not a clever idea to become involved with someone who is not available to commit to you completely. Many hearts have been broken by becoming involved with the wrong person. If he is already married or has a girlfriend, you do not want to become the other woman.

Not only that, if he meets and becomes involved with you while there is another person in his life, this should be a red flag, as if he does it to one significant other, what will stop him from doing it to you?

A man who is not emotionally available due to whatever reason has issues to work out, and best for him to do it on his own without dragging you into his inner turmoil. If you are the one who is unavailable, it is wise to dissuade any commitment with another until you are available both physically and emotionally.

This question is both easy and difficult to answer. The most prudent suggestion would be to say that you want to think about it for a little while. His reaction can be very telling. If he tries to push you for an answer, he is impatient and that is something you don’t want in a partner.

Don’t kid yourself that he wants you so much and can’t wait for an answer because he loves you so much. A man who really loves you will be willing to wait a little while for your answer.

You need to be sure that you are ready both physically and more importantly emotionally to be in a partnership where you will be subject to someone and him to you. It’s a step towards something more serious. You can hurt them as they can you. Are you ready to give your heart to that person, carefully at first, but progressively?

Hope this article has been able to shed some light on what to do if a guy asks you to be his girlfriend after a month. Don’t rush into it, but don’t assume that he is weird or dangerous. He may simply be a physically affectionate guy who goes for what he wants.

The important thing is that you are comfortable with the arrangement. He needs to be willing to wait while you consider your own feelings. If you have even the slightest bit of doubt, it is best to not keep him on a string. If he is in a hurry, he will find someone else. If you, for the same reason, are sure that this is what you want, then go for it!