Derrick Deshaun Watson is a celeb football player in the US. Currently, he plays for the Houston Texans and is one of the most well-paid players in the league. He’s known to have a really luxurious life and to spend his money with ease. Let’s find out how much he actually earns and what he buys for his salary. 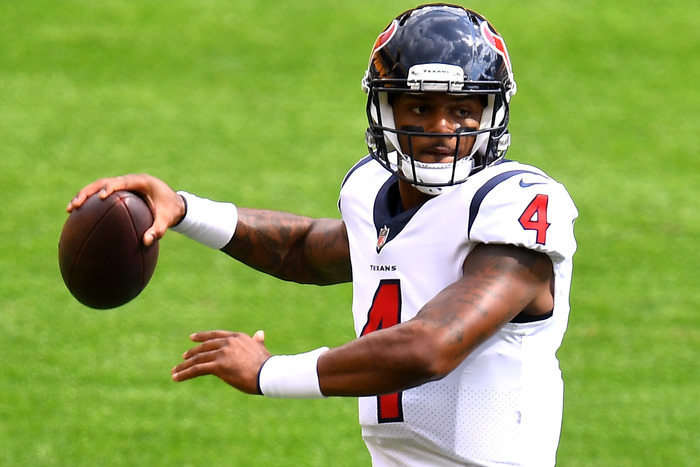 Prior to showing Dashaun Watson’s earnings, we’ll tell you that in 2020 Derrick extended the contract with Texans and got a $27 million bonus just for signing the papers. We wish we could do the same.

Deshaun Watson is the star quarterback, so Texans don’t want to lose him due to competitors’ propositions. The new contract extension says that he’ll get over $150 million within 4 years. His pure salary is more than $35 million starting with 2022. In 2021 hos base salary is over $10 million. The three-time pay rise tells us about the best years of the player.

Football players are really well-paid, and it’s not only about salaries. They get great advertising contracts, bonuses, additional income from clubs, and many other sources where they can make money. So Deshaun Watson is expected to get around $50 million a year after 2021. And that’s really huge even compared to any other sport.

In 2021 Derrick Deshaun Watson’s net worth is estimated at $21 million. And that’s ridiculous, you might think because his expected salary next year is nearly twice bigger. But don’t forget that the player is 25 years old. He’s only started getting a great salary and his net worth is expected to double next year. Derrick is really young for football, so he has all the future to achieve financial success.

And still, being 25 and having a multimillion net worth is a rare thing, right? So, we’ll try to look closer at how this young man spends his millions.

Where does Deshaun Watson live?

He lives in a 6-bedroom house in Houston, Texas. The house was built in 2005 and it seems to be quite an expensive purchase. He often shared videos with him relaxing near the pool in his backyard. So, yes, the Texans’ quarterbacks live much better than an average American citizen.

But the home isn’t that expensive compared to other houses of NFL players. We think that Deshaun Watson has a bright future in much more luxurious houses as soon as he gets into his new contract period.

If you are in Houston and see a really expensive supercar, you may be sure that Deshaun Watson drives it. This guy is super obsessed with speed and great cars, so he will never lose a chance to buy one.

Recently he was spotted buying Rolls-Royce Wraith for his birthday. That’s the $200 000 vehicles and there aren’t many of them in Texas. He’s known to buy a new Jaguar car to his mom as soon as he got his first solid salary. And recently he also bought a BMW which is supposed to be a very expensive rarity thing, to his marketing agent.

People who are around Derrick Deshaun Watson say that he is a very generous man. And we’ll certainly see him buying new sportscars in the nearest future. For now, he’s only the rising star of the NFL.