Dassault Rafale is a French fighter jet which is designed and built by Dassault Aviation. It was first introduced in 2001 and it’s still a very efficient military machine that is ready to compete with even much more modern aircraft in the sphere. Dassault built a twin-engine multirole fighter jet that is capable of carrying a wide range of weapons. The delta wing body is really efficient in terms of maximum possible speeds and fuel consumption if you can say at all that fighter jets can consume fuel efficiently.

Today we’ll pay attention to the technical side of the French fighter jet, and will see how much it costs to produce and fly. Also, we’ll compare Dassault Rafale with the modern Su-57 jet, although they are from different worlds, but they still have a lot in common. 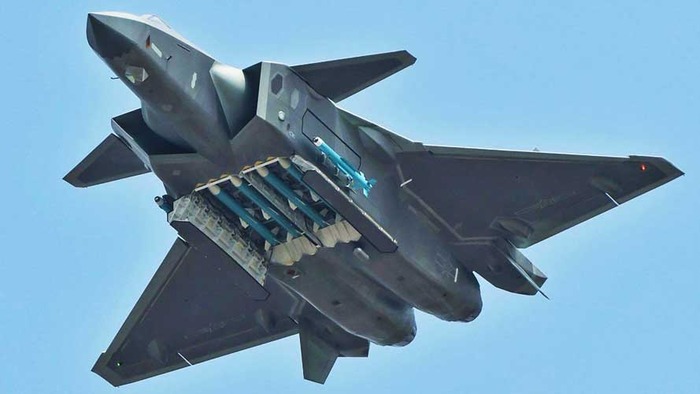 The price of a single Dassault Rafale is around $100 million today. We know it after looking at the contract of Croatia with Dassault to buy 12 Rafale jets for an overall price of $1.2 billion. We believe that France Air Force gets the fighters much cheaper, but international buyers will still need to prepare quite a lot of money.

But the most interesting question is how much it actually costs to fly the Rafale. Old GE engines made the one-hour flight cost around 16 000 dollars. After Dassault introduced M88 engines, the cost of one hour flight dropped to 12 000 dollars. For example, to fly F-35 the US Air Force spends around 33 000 dollars per flight hour, so we can say that Dassault Rafale is a really efficient fighter jet.

History and purpose of production

French aircraft builders are well-known in the world, the country is one of the leaders in the aviation industry today. But to build fighter jets, French companies have always cooperated with other European aircraft building companies and spent much less money producing great technologies. Dassault Rafale was the answer to ending the cooperation of France, Britain, Spain, and Germany in building the aircraft known as Eurofighter Typhoon. France decided to build its own fighter jet that still took a lot of features from other European fighters.

Rafale has been used in conflicts in Iraq, Afghanistan, Syria, Mali, Libya, and other countries, so the machine isn’t only just a beautiful plane, but a really efficient aircraft that has already shown its power. And this is what makes that aircraft different from many other projects in the fighter jet niche that are rarely used for their initial purpose.

Technical specs of the jet

The fighter jet is fitted with two Snecma M88 engines with 75 kilonewtons of thrust with afterburners. The engines are much more powerful than needed for most missions. The Rafale can supercruise while carrying four missiles and one drop tank. Also, the engines reduce radar signature which makes the aircraft closer to stealth versions of jets. Although, there was no purpose to produce a stealth fighter jet when working with Dassault Rafale construction.

Up to 2010 French fighters used General Electric engines. After introducing the M88 engine series, the fighter became much more desirable on the international market.

Dassault Rafale is a multipurpose jet, so it can be equipped with different armaments for both air-to-air and air-to-ground missions. According to the latest standard, the Rafale is equipped with 14 hardpoints, 5 of which are capable of carrying heavy weapons or fuel tanks. The maximum external load capacity is 9 tons. There is additionally a 30-mm revolver cannon. A range of laser-guided bombs can be used with Dassault Rafale.

The top speed of the fighter is 1389 km/h or 860 mph. Its original range is 3700 km which is 2300 miles. The empty weight of the fighter jet with no armaments is a little less than 10 tons. These features don’t make the fighter jet one of the top military planes in the world, but the advantages of the Rafale aren’t hidden in the specs. It’s a very efficient and reliable machine that should be chosen for certain missions according to its capabilities.

How is it compared to Russia’s Su-57?

Su-57 is built using mainly the same type of body, but the plane completed its first flight in 2010 and it’s now only being delivered to Russia’s Air Force. Su-57 has nearly twice the higher top speed and nearly 1.5 times longer range. The Russian fighter jet also uses turbofan engines, but these engines are much more efficient than Rafale’s M88 ones.

The Russian fighter is prepared for stealth missions. Sukhoi prepared the jet for different conditions and says that Su-57 is the most modern stealth fighter jet in the world. They aren’t going to deliver many of the fighters to other countries, so the main buyer will be the Russian Aerospace Forces.