Tesla Model Y is simply the new safest car in the market right now, and Tesla can’t keep silent about the news. This comes after the giant electric car manufacturer received a 5-star rating in every category from the Insurance Institute for Highway Safety, NHTSA for its latest Tesla Model Y.

Safety is usually at the core of every toy lover and Tesla has been working hard just to meet NHTSA guidelines and satisfy the overarching demand for safer toys. Tesla has remained akin to the safety of every vehicle they produce and Model Y is just a beneficiary of several years of immense passion for vehicle safety that the company has invested. No wonder, every Tesla is manufactured with high crash-avoidance and pedestrian protection capabilities such as auto emergency braking, lane departure warning as well as forward collision warning. Tesla’s CEO Elon Musk, says the company is investing heavily in advanced safety equipment and technology just to help customers prevent avoidable accidents, besides mitigating injury in serious accidents. Well, today we going to look at how Tesla Model Y achieved a 5-star safety rating.

But before we get things rolling, don’t forget to like and subscribe to our channel. Hit the notification bell icon so that you won’t miss out on any of our amazing videos on this and more entertaining trending topics.

Alright, let’s get started, and we begin by running you through the Tesla Model Y’s crush result data released by NHTSA before we get to know how Tesla achieved that high safety level.

NHTSA usually grades cars based on several crash test metrics, like frontal crashes which are further sub-categorized for both the driver and passenger seats, side crashes that are sub-categorized into both a barrier and a pole, and lastly rollover cases.

Tesla is indeed a happy company, especially after NHTSA announced that Model 3, S and X are the only vehicles ever tested that exhibit the lowest probability of injury. However, Model Y rules over as the safest of all rising above the previous Model X that equally did well. Surprisingly, not many people are aware of this. Well, probably it’s time Tesla popularize their vehicles and take advantage of the safety as a unique selling point. 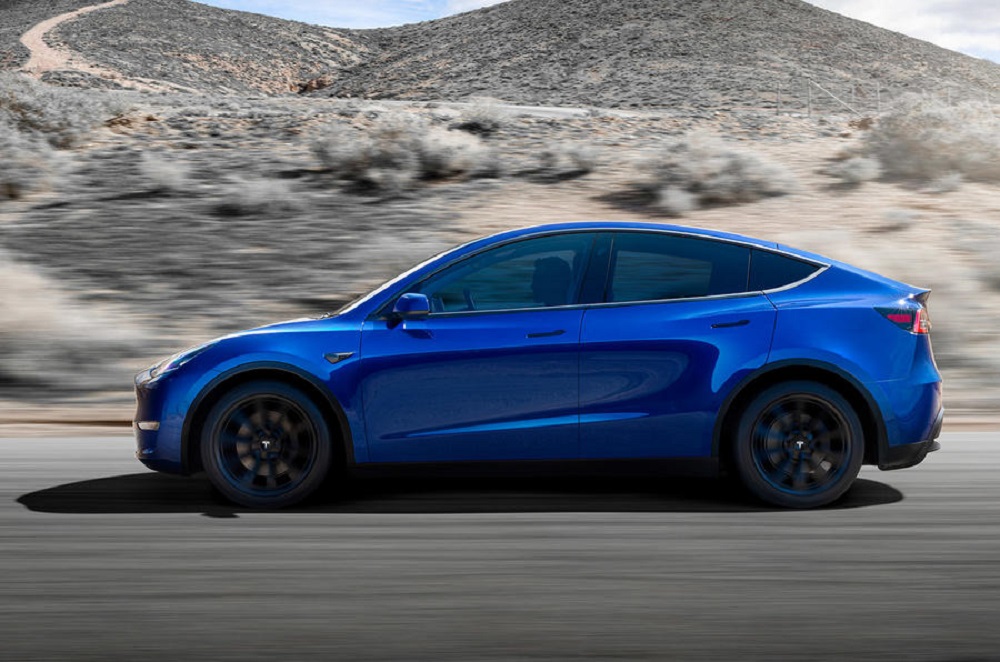 There you go, you’ve got a point on Tesla Model Y’s NHTSA safety ratings. So, let’s dive into the technologies and engineering that went into this Tesla’s best-selling SUV making it the safest car on planet Earth, and just how it achieved its 5-star rating.

The first safety mechanism pointed out by Tesla is a large crumble zone otherwise known as the impact protection. Tesla manufactures electric cars that do not have an internal combustion engine, and Model Y is not an exception. That provides more space to absorb impact energy in the event of a collision. This way occupants are kept safe since less impact is transferred to them.

In a frontal crash test where Model Y is forced to crush into a fixed barrier at 35 mph, it is revealed that the SUV can distribute crash forces around the cabin and away from vehicle occupants greatly reducing the risk of injury, sounds amazing!

The lower center of gravity

Tesla Model Y boasts of the lowest center of gravity in all SUVs as a result of the heavy battery pack and electric motors placed low down in the vehicle. This serves to increase stability, reducing the risk of rollover, and giving it the lowest rollover risk of any SUV ever tested that is responsible for the highest percentage of serious injuries. From the videos posted by Tesla, we can witness how Model Y managed to avoid rollover by getting back to its upright position. In 2018 alone, the Insurance Institute for Highway Safety, IIHS reported that roll-over crashes caused 42% of death of occupants in SUVs. These statistics from IIHS point out why it is important to consider the probability of vehicle rollover when talking about the safety of an SUV. The Tesla has never taken that for granted. The NHTSA awarded Model Y a roll-over percentage of 7.9% which is perfectly lower than Model X which earned 9.3%. A comparative analysis to other competitor premium SUVs like Volvo XC40, BMW X3, and Mercedes GLC, reveals that Tesla Model Y retains top position with fairly lower rollover risk.

Similarly, Model Y is made with a strong rooftop to help it protect its occupants in the rare event of a rollover. Even though there is little knowledge of the actual strength of Model Y’s rooftop, it’s arguable that this SUV will perform just as good or maybe even better than Model X which has a stronger roof. According to a report by Business Insider, Model X’s roof performed impressively by earning a higher strength to weight ratio than any other fully electric vehicle that IISH has ever tested.

The pillar Structures and airbags

Tesla Model Y outshines super competitor SUV models by produced great results in the side barrier and side pole crash tests. Model Y is well designed with interior auto pillar structures that come out automatically whenever the car engages in an accident to protect the occupants. These auto pillars are important for absorbing side-impact within the shortest distance since there is little room for the crumble on the sides compared to frontal impact. Besides, the side and frontal airbags get enough space to inflate cushioning the occupants inside. All these features together with the vehicle’s rigid body and fortified battery architecture play a significant role in helping Tesla Model Y manage crush energy efficiently absorbing the worst of the impact from occupants, besides preventing component intrusion.

One of the most mysterious technologies employed in Tesla Model Y is the driver’s assistance system which works to help avoid collision through auto sensors, cut-ins, and cut-outs. Sounds magical? By protecting you from getting involved in an accident is the most significant safety feature of this SUV, as it significantly lowers the probability of injury. Well, the Model Y driver’s assistance system works on a similar model employed in Model 3. Although European New Car Assessment Program, Euro NCAP is yet to rank Tesla Model Y on its assisted driving capability, we can use Model 3 as a benchmark since the two vehicles work on almost similar technology. According to the results released by Euro NCAP, the 2019 Tesla model 3 got the highest safety assist score ever - 94%. The score improved to 95% in their latest test of the 2020 model 3, however, the overall assisted driving score was moderate, and Euro NCAP had this to say about the score, “The Tesla Model 3 excel in the level of vehicle assistance but fails to balance that high level of support with a similar level of driver engagement leading to possible overreliance”. That’s interpreted to mean Tesla Model 3 is too powerful when ranked on driver’s assistance capability, but it doesn’t deliver enough to achieve the expected level of assisted driving. That way, it calls on all drivers using Tesla Model 3 and Model Y to equally pay attention to the road, rather than over-relying on assisted driving which could lead to an accident. Even though more technological advancement is in place by Tesla to address this issue. 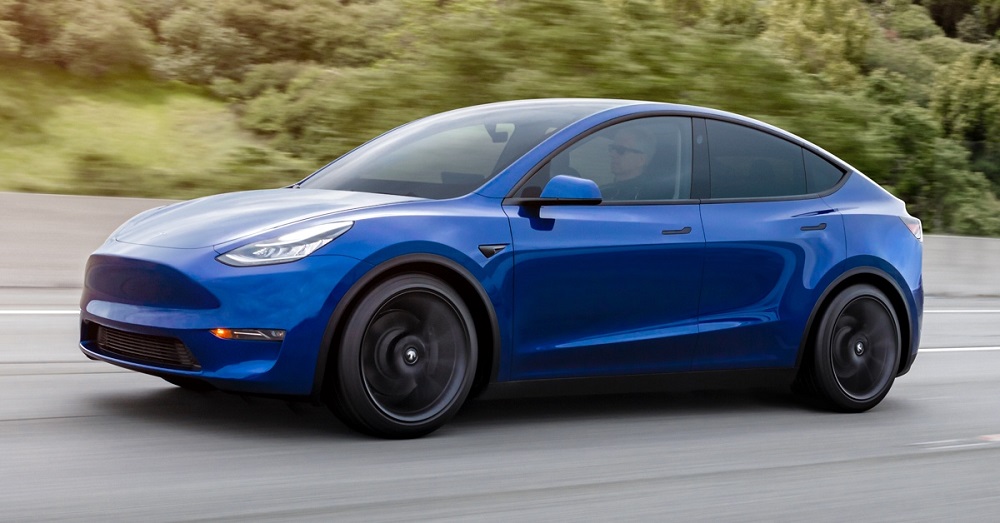 Despite all that Tesla’s assisted driving system works just best to minimize chances of an accident as was witnessed in its 4th quota safety report of 2020. According to the report, There was only one accident reported for every 3.45 million miles driven with the autopilot engaged. Without the autopilot engaged with safety features being used, the car recorded one accident for every 2.05 million miles. That sounds way too far from the NHTSA’s average of one accident for every 484,000 miles driven. You truly can trust Tesla Model Y’s assisted driving capability even though Euro NCAP still has a little problem with it.

Well, there you have it, you have a glimpse into how Tesla Model Y achieved a 5-star safety rating outcompeting many super competitors makes from big automobile players. Tesla Model Y is renowned for the latest technologies employed to improve safety while keeping you out of an accident. It has been praised by Tesla CEO as their best-selling SUV with a fair price, powerful technology, and top safety measures.

Thanks for watching this video, consider giving it a thumbs up if you enjoyed watching it. If you are new here consider subscribing and hit the bell button to get more amazing videos like this. Leave feedback in the comment box on what features of the Tesla Model Y amazes you. That is it for now, I’ll see you in the next video, bye.