Not many people have a chance to get into a fighter jet cabin. Today we’ll have a look at what the cabins of the most popular fighter jets look like and what technologies they feature. We’ll show whether a Russian revolutionary Su-57 is more technological than the Chinese J-20 and if the F-35 cabin is better equipped than the French Rafale.

Did you know that the producers of planes gradually borrow technologies from fighter jets and use them to build more advanced passenger jets? For example, Dassault Aviation Company has borrowed some of its technologies used in Rafale fighter jet to improve the avionics system for Falcon 10x future private jet. So let’s have a closer look at what technologies these military jets use. 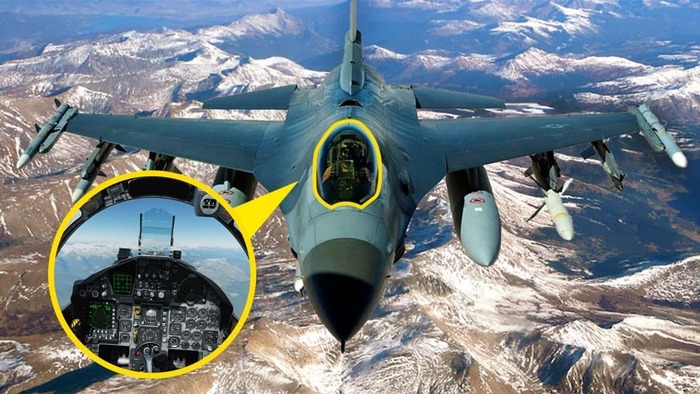 The majority of modern jets are single-pilot machines. There is room for only one person, and even if the pilot wants to take a passenger, he can’t do that. Previously there were fighter jets with two pilots just because it was too hard to control the plane and use the weapons at the same time. Now the majority of the tasks are automated, so a single pilot can easily cope with the process.

The avionics control differs much in all jets. And here it’s quite hard to find the leader. All fighter jets that are in our list today have advanced avionics. Some of them are older, and so they have worse radars and detection systems. But all of them are efficient and still up-to-date.

According to the cockpit view, we love the design of the Dassault Rafale cabin. It looks quite modern and simple. Because when you look at the MiG-35 cabin, you immediately lose any passion for becoming a fighter jet pilot. It looks so complicated that you will always be afraid to push a wrong button – one of those that look the same. In Su-57 the cockpit looks much more advanced than in MiG-35, but it doesn’t change the fact that it’s too hard to fly.

Both F-35 and F-22 feature advanced avionics and a wonderful cabin design. They look futuristic and seem to be borrowed from a Star Wars movie starship. In Chinese J-20 everything looks extremely simple to operate. It’s like the fighter jet for starters we would say. The avionics is automated, so the pilot shouldn’t control every single mile of the flight. It seems that Chinese fighter jet pilots are the happiest military pilots in the world.

Fighter jets are the projects that employ the most modern and efficient technologies in the world. These planes are produced for military operations, so they should be more advanced than the opponent’s jets. It means that rich countries keep investing money in avionics, weapons, stealth features, speed, and other technologies.

The cabins of fighter jets change, too. 20 years ago a fighter jet cabin would be filled with an immense number of buttons, and you would need to study for years to learn the purpose of each button. Just like the MiG-35 cabin looks today. Now the aviation engineers introduce new technologies that make fighter jets easier to control. So the pilots may turn their attention to using weapons and completing missions.

In modern fighter jets, some technologies could surprise you. For example, there is an all-seeing eye that allows pilots to land in any weather. This is a special screen of green color that shows runways or helps to see other planes in bad weather.

The majority of modern fighter jets are stealth planes. It means they are designed in such a way that simple radars can’t see the jet. Though, the stealth features don’t affect the cabin much, so we won’t consider them.

Flight control is gradually given to computers. Soon we’ll see the automated fighter jets that have no steering equipment, and the pilot will control weapons only – maybe even remotely using a VR station.

But there is one thing that remains unchanged. And it’s the seat of the pilot. In older jets and in the most modern machines it’s still extremely uncomfortable. When you look at this chair, you just don’t understand how on Earth they manage to seat there and control this wonderful plane!

Step by step, the fighter jet producers remove control units from the plane cabin. You can look at the Chengdu J-20 jet and understand that there are twice fewer buttons and levers than in the older MiG-35 jet, for example. It means that the avionics takes more duties and the pilot only needs to check if all the systems work well before takeoff. Then, there are more screens for better control. Older jets had 2 main screens, newer ones have a dozen of small screens.

Interestingly, an average fighter jet costs just like a modern Boeing 737 or Airbus A320, or even more expensive.