Fixing the International Space Station becomes a routine for astronauts. The ISS has been there on the Earth orbit for more than two decades. And some experts say that it has already been worn out completely. Some elements of the station aren’t safe enough to use them the way they need to be used.

Recently, the Russian module called “Science” nearly destroyed the station making it rotate much faster than it should. Also, issues with depressurization happen quite often. Today we’re going to see if the ISS stays for another decade or it should be decommissioned and changed to a new station. 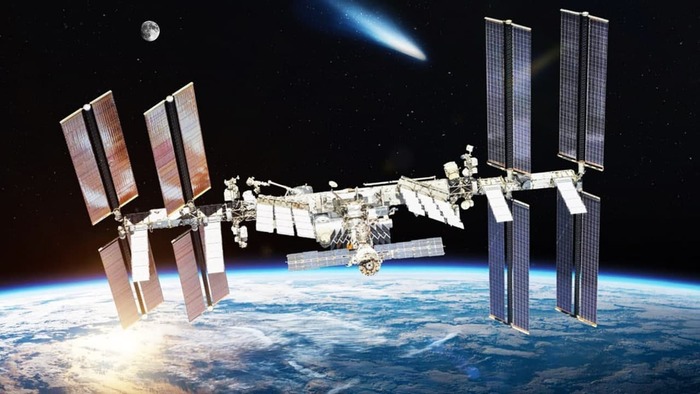 Why bad things are happening with the ISS?

The station was launched in 1998 by five governmental organizations from different countries. The cost of the project was 150 billion dollars, and a single country couldn’t invest so much money in space exploration.

Every country that invested in the project, has its own place in the ISS. And every country that uses ISS is responsible for the modules they are using. There are plans for scientific researches in the ISS up until 2024. But scientists say that if there aren’t many issues with the station, it can survive up to 2028.

Now Russian and American astronauts are constantly working in the station and getting support missions from Earth. These missions are carried out through special uncrewed modules that dock with the ISS and are then sent back to Earth. Each docking is a risky process, and any mistake can destroy the station or make it move in an unpredictable direction.

We decided to look back at the main problems of the ISS and see if it can survive another decade.

Problems of the ISS – quick overview

For 7 years after its launch, the station worked well and didn’t cause any problems for astronauts, The first serious issue happened in January 2004. One of the oxygen generators started leaking into space that causes a pressure drop in the station. The failure happened again a year later, in January 2005.

A year later the same oxygen generator caused another problem and started supplying smoke to the ISS instead of producing oxygen.

In June 2007 the computers on the Russian segment of the ISS failed and caused failures of thrusters, oxygen generators, and all other equipment in the station. The restart of the computers caused a false fire alarm. Also, in 2007 the astronauts started noticing the first problems with the solar panels.

In 2009 the Zvezda service module misfired and caused excessive vibration all over the station for 2 minutes. It was reported that the ISS wasn’t damaged, but there were still concerns that some structural elements could shorten their service time significantly.

In 2009 and 2010 there were a couple of issues with a cooling system that caused ammonia leaks in the station. Since then, the cooling system has been the main concern for astronauts and scientists.

In 2011 there was the first danger of collision with space debris. The unidentified piece of space waste rushed near the station at the speed of 29 000 mph and it was only 360 meters away from the station. 6 astronauts all boarded the Soyuz module to undock in case of impact.

After that, each year the station had some problems with ammonia leaks from the cooling system, pressurization and oxygen generators. The latest leak was in 2020 and it nearly brought to sealing off the affected section. But finally, they managed to patch the leak and continued the operation of the module.

The ‘Science’ module brought to the greatest failure in the work of the ISS at all times. The module docked to the station on July 29, 2021, and the Russian space authorities claimed that everything went great. But at the same moment, the station got excessive vibration and started rotating. The reason was a catastrophic misfire of the ‘Science’ module – the thrusters kept firing a few hours after the module was docked.

The issue was the main reason to postpone the launch of the Boeing Starliner capsule because after the failure the old calculations weren’t accurate anymore.

The flight team at the NASA control center turned on thrusters on another module of the station to compensate for the unexpected misfires. After the ‘Science’ module engines were stopped, the ISS was stabilized and sent to the same position it had been before the issue.

What to do in case of emergency?

You may think that there is no way out for NASA astronauts if something goes wrong. But the program has instructions on what to do when there is a life-threatening situation. There is at least one module docked with the ISS at any time. In the case of the ‘Science’ module, the astronauts could use the SpaceX crew capsule to escape from the station. The capsule was specially designed to serve as the lifeboat in case of emergency.

But if there are serious issues like total depressurization or severe ammonia leaks, the life of the crew is at risk. There is some storage with oxygen aboard, but if something bad happens, it will take at least a week to send some help to the ISS.

There are plans to build another space station that will provide more space for experiments and scientific researches. But the details are unclear now, the information on the new station is kept secret.