Kim Il Sung is still the President of North Korea as this position doesn’t exist anymore. He died in 1994, and then the post of President retired so that the Supreme Leader could be the only president of the country.

There are many mysterious things about Kim Il Sung’s death. He was first announced dead in 1986, it was a huge event for all of Asia which scared South Korea, China, and Japan. But the rumors about the death of the North Korea Supreme Leader appeared to be fake and he lived another 8 years to bring the country to communism.

Kim Il Sung died on the 8th of July 1994. North Korean media announced his death only the next day after it occurred. They said that the leader died because of stroke consequences. But we also know that the leader of North Korea had been getting the treatment of diabetes and heart arteries hardening long before his death. Let’s see how the country survived the death of the leader after decades of his reign. 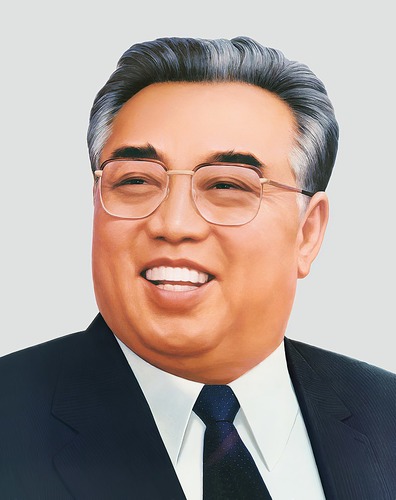 Kim Il Sung was in his residence in Hyangsan when he suffered a sudden heart attack. Long before that he also had suffered a stroke that made him prepare his son, Kim Jong Il to take the power over the country.

Immediately after his heart attack, Kim Il Sung was treated by the best doctors in the country. Kim Jong Il ordered special flights for the doctors to come from Pyongyang. But despite all their efforts, Kim Il Sung died in a couple of hours.

Doctors said that the death was caused by the consequences of a stroke and also by intensive work hours and lack of rest. But apparently, the Supreme Leader died because of high blood pressure, high sugar level, and many other diseases that he had gathered throughout his life.

After that, the Workers’ Party announced the 10-day mourning period. The power than was given to Kim Jong Il.

There are experts who are sure that Kim Il Sung died long before the official announcement of his death. Some people believe that initial messages about Kim Il Sung’s death in 1986 were true. At that time, North Koreans had two days to figure out what to do, and they might have noticed that the people of North Korea weren’t ready to give political power to young Kim Jong Il. They could have managed to find a person who looked very much like Kim Il Sung and prolong the time of his reign for another 8 years.

Other political experts say that Kim Il Sung had been dead for at least a month when the media announced his death in 1994. Il Sung hadn’t appeared in public for quite a lot of time before his death, so no one actually can say the truth. But looking at other countries that went through communism and dictatorship, we can say that twin of Presidents and also manipulating with information about leader’s death is actually a common thing for such societies.

If you ask a North Korean citizen when Kim Il Sung died, they will tell you that the Supreme Leader didn’t die. He is still alive and he governs the country being the only President of DPRK.

Did someone kill the President?

Experts from all over the world say that Kim Il Sung had started warming relationships with other countries before he died. He wanted peace with South Korea and he even arranged the first historical visit of South Korean President, Kim Young-Sam, to North Korea in July 1994. The visit never happened because Il-Sung died before it could take place. In the last years of his reign, Kim Il Sung started changing his politics and he wanted friendship with many countries that were originally seen as enemies of North Korea.

The program of denuclearization was widely discussed in the political arena of the time, and that was too much for a communistic, closed, and somewhat wild country and its political leaders. There might be a kind of collusion between military leaders of the country to kill the President and to take full power.

There are some theories that say Kim Jong Il killed his father, but there is no evidence of that. Given Kim Jong Il wasn’t the very eager communistic leader of the country, this theory seems to be very unreal. Jong-Il seemed to take the post of the country’s leader just because he had no other choice.

Was the country much better after Kim Il Sung’s death?

We see Kim Il Sung as one of the most bloodthirsty and cruel leaders among the world’s dictators. But for North Korea, he really was the best president if you compare him to his son and grandson who took power after Il Sung. He managed to get the country out of many crisis situations after World War II and after Korean War. People in North Korea never lived a good life, but in the recent 20 years, they are struggling to find some food. In 1997 the country experienced a huge crisis and reportedly over 1 000 000 people died of hunger and starvation in the period of Kim Jong Il’s reign.

It’s quite interesting that before their deaths, all country’s leaders start warming the relations between North and South Koreas. And then they suffer heart attacks and die. It’s especially interesting that Kim Jong Un has now started the politics of denuclearization and friendship with both South Korea and the US. Should we wait for the messages about Kim Jong Un’s heart attack? The rumors about his bad health have been here for a while already.