You may have heard that North Korea is a country of nonsense. People live an extremely poor life, there is no proper medicine, social services are at a very poor level, tourism is close to impossible. Though, not all people in DPRK live like that. We all know at least one family which lives quite a luxurious life without showing off a lot. Can you imagine how hard it is for some of them to lose all those chances for highly enviable Instagram pictures showing their exquisite life?

Today we’ll look at Kim Jong Un’s life and try to reveal every bit of information we know about his wealth and his lifestyle. That may seem to be easy, but as you probably know Forbes doesn’t cover the life of North Korean leaders. 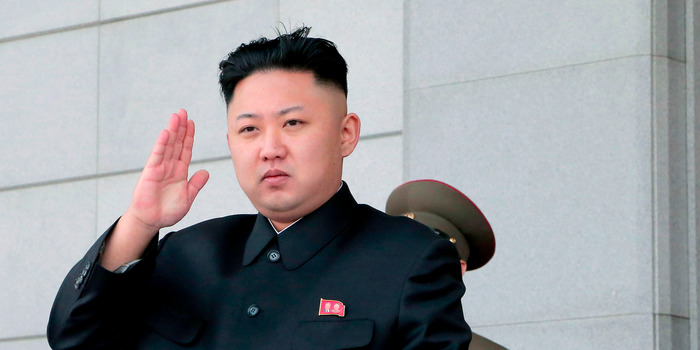 The love for trains is a natural feature of dictators. Kim Il Sung started this tradition during the Korean War. The train is quite big, it can be a mobile office with a luxurious bedroom and is much more comfortable than any kind of car. Also, trains don’t look luxurious for other people if you don’t let them have a look inside.

It’s claimed that Kim Jong Un now has a fleet of 6 private armored trains, but actually, no one knows for sure. These private trains now travel in groups of three in order to protect the North Korean leader from assassination attempts.

Actually, no other leader can boast of having such kind of transport. 24 hours before the three-train fleet starts its way, the whole railway is cleared. So no one can use the transportation system if Kim Jong Un decides to go somewhere.

Where does he buy his cars?

In North Korea, ordinary people aren’t likely to buy new cars. They just don’t have money for that! Moreover, the UN sanctions ban European companies' imports to DPRK. But you may have seen an armored black Mercedes limousine carrying Korean leader wherever he goes with a visit. Where does Kim Jong Un buy his cars? Well, New York Times investigation showed that there are 90 countries that legally and illegally sell luxurious goods to North Korea. Russia, South Korea, China, and Japan are among them.

So, we assume that the black Mercedes which carries the North Korean leader everywhere is a kind of contraband from countries that have a strong friendship with Kim Jong Un. The most insane thing is that wherever Kim goes he takes his black limousine with him showing his fear of assassination attempts outside his country.
Now journalists say that Kim Jong Un has a collection of nearly 100 exclusive cars, the majority of which are Mercedes vehicles illegally imported from China or other countries.

What alcohol does he drink?

People in North Korea can afford a glass of local beer which is very cheap and of very bad quality. The majority of the citizens never even tried imported drinks. Kim Jong Un himself spends hundreds of thousands of dollars on exquisite American spirits. He prefers more expensive ones like Hennessey. In 2016 he has reportedly spent $33 000 on American drinks as well as over $95 000 on German wine for his close supporters.

Local food? It’s not for super-dictator!

When it comes to Kim’s diet, he spares no expenses. And you can clearly see it from his healthy red face and sporty body. You might think that local Korean food is very healthy and nutritious, but you have to look at an average citizen to understand that you were wrong. Kim prefers imported caviar to local corn, he also likes Chinese melons, Kobe beef from China. But as we see from journalists' investigations, he is a huge fan of coffee. Kim managed to spend a little less than $1 000 000 on Brazilian coffee in 2016 alone! He could easily have a coffee bath each day.

While his people face famine and struggle to find at least something to feed their families, the leader swims in Brazilian coffee, American whiskey, and German wine; consumes tons of caviar and exotic fruits while watching billions of dollars disappear in immense and useless nuclear weapon investments.

Kin Jong Un was once spotted with Yves Saint Laurent cigarette. The pack costs around $55 and it was delivered to North Korea by means of contraband, so the price should be tripled. Right, when you have access to the country’s billions, you aren’t supposed to buy a cheap pack of cigarettes in a corner shop. But designer cigarettes look really weird in the country which lacks food for people.

200-foot yacht – and probably not one

Kim Jong Un’s yacht was specially designed for him and it’s valued at $8 million. Kim’s friend, American basketball player, Dennis Rodman once visited North Korea, and in his interviews, the NBA star described the yacht as a cross between a ferry and Disney boat’.

Recently, a satellite spotted a real fleet of exclusive yachts near one of Kim’s residences. And that proves that the yacht he shows to everyone isn’t the only one in his possession. Who else in North Korea could have a private yacht?

130 doctors for one patient

Kim is afraid of being ill and dying. So he created something like a private medical institute with 130 best doctors in the country. They all work for one reason – keeping the leader healthy and active. Though, rumors are being spread out that Kim Jong Un is having some severe illness that can’t be treated. Journalists even presumed that his sister could be the one to continue the hard job of North Korea’s leader. But for now, we don’t have any proof for that.

There were interviews with American doctors who told that North Korean colleagues asked for their help in curing obesity problems. We assume that the starving Korean population doesn’t give enough specimens for investigation of obesity issues which apparently Kim Jong Un suffers from.

17 palaces to choose from

You can’t answer the simple question: Where does Kim Jong Un live? He lives all over the country, as he has 17 palaces. It’s been said that this is all due to safety measures. So, no one can clearly say where the leader is right now. It’s harder to commit an assassination attempt and harder to spy for him. Well, at least they say so.
The rest of the population lives in rundown houses which have little convenience. The richer the leaders, the poorer the people, right? But the citizens don’t complain much. First-class propaganda made them believe that all the world wants to kill Koreans and they are thankful to their god-like leader for protecting the country.

And we could continue by telling you about top-of-the-line watches, the newest computers, a private jet, and even private runways all around the country. But it seems to be enough for understanding that the life of the dictator couldn’t be richer and more comfortable than it is.