Back in 2019 Lucid Motors announced that they were going to deliver Lucid Air sedans in the second quarter of 2021. As you see, this didn’t happen. Yes, we might now think that the global pandemic stopped them from sticking to the plan. We see a slight rise in the stock market for Lucid Motors and this is a good signal. But what will be so good in Lucid Air to change your plans for buying the Tesla Model S or any other luxurious EV like Mercedes EQS, for example?

Today, we’ll try to answer this question. And we should say before we start that we basically like Lucid Motor’s ideas, but we hate that they make people wait for so long. If you don’t produce real cars, you are going to die on the EV market today. We are living in the age of the electric vehicle production race, and here you don’t have a spare year to cope with your financial troubles, you need to push hard. 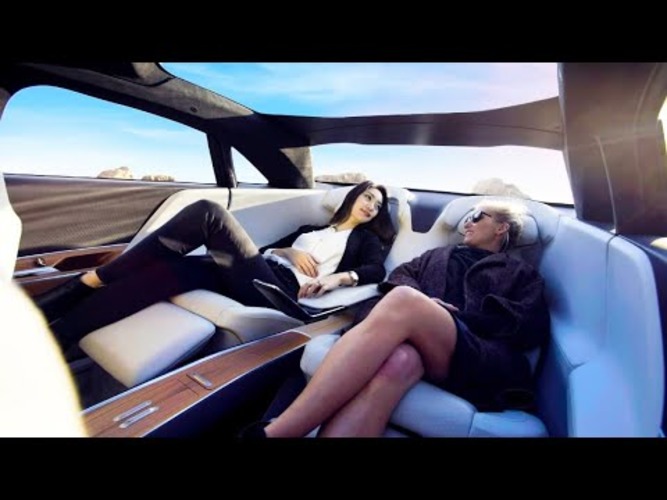 Lucid Air is an all-new electric car that is produced by an all-new electric vehicle brand Lucid from San Francisco, California. Peter Rawlinson is now the CEO of the company. And you may know that Peter was the vehicle engineer for Tesla Model S. Rawlinson himself says that the Lucid Air is the electric vehicle 2.0. He probably means that this is a new generation of cars, but we have to check it thoroughly.

The original price of the least capable version of the sedan is $77 400, but Lucid Motors uses a $69 900 figure hoping for a $7500 federal tax credit in the US. Basically, the US and Canada are now the only markets for Lucid Motors and their new sedan. The cheapest version offers a 480 hp engine that rotates rear wheels. The range is thought to be 406 miles, at least the producer states it like that.

Lucid Air Touring will cost $95 000 and it will be equipped with a sport-capable 620 hp engine. The car will keep the same range because the producer wanted to achieve greater performance. Experts now compare the Air Touring with Porsche Panamera Turbo S as with the closest competitor among petrol cars. They say it should have virtually the same road performance. The 0-60 mph acceleration takes 3.2 seconds, and that’s not bad for a big sedan.

Grand Touring and Dream Edition are going to cost $139 000 and $169 000 respectively, and that starts to be too expensive. Would you like to buy a sedan from a company that has never produced a single mass-production car and lose more than 150 grands in the deal? We would be very careful.

Dream Edition is said to have a range of 503 miles and that’s close to being a record on the EV market. 1080 horsepower seems to be just impossible. That is something like Bugatti Veyron! You’ll need 10 seconds to speed up to 144 mph.

Before you open the company’s website trying to make a preorder for Lucid Air Dream Edition, we want to tell you a little more.

The Interior is too luxurious

The interior is going to be made of the best materials they could find on the market. They are going to make the vehicle fully autonomous with their own technologies. The back seat will be your favorite place because here you can adjust everything for your comfort. There are two separate seats and you can change the position for long roads so that you could sleep.

Driver’s place is going to be the most comfortable. Now it resembles the pilot’s space in a very luxurious aircraft and it really looks even more expensive than the interior of the new Tesla Model S. Sorry, we can’t help but compare these two vehicles, because they are still going to be the closest competitors on the EV market.

Four displays will show you all the needed information and will help you set the car for comfortable driving. Instead of having all those old-fashioned buttons, you will have huge responsive and AI-powered tablets all around your seat.

The driving will be quite safe with a bunch of autopilot options always active. So, it will be quite hard to crash another car on the road – the Air will stop. But autonomous driving is the feature that is now available in many luxurious and even not so luxurious cars, so we won’t stop here.

Features that few other cars have

There are some features in the Lucid Air sedan that the competitors don’t have. For example, Lucid Air is planned to support bi-directional charging. It means that it can support vehicle-to-vehicle and vehicle-to-grid charging. A feature that will be really good for some buyers.

Lucid is going to introduce some technologies that will make the Lucid Air battery 10-15% more efficient than the Tesla Model S battery. That’s not a revolution, but it’s good to know that there is something better than Tesla. Competition brings a new level of technology.

The drive unit is going to be really small. And that’s another interesting feature. Tesla engines are quite big and heavy, Mercedes motors are also huge. But Lucid created the engine that is going to be probably one of the smallest on the market, and it’s still really efficient and powerful.

We couldn’t find any huge disadvantages in Lucid Air but the only one: it’s still not a real car but a concept.