Is it true that people have conquered nature? That’s a matter for debate. Yes, we have pizza and Netflix, and that seems like a great achievement. But nature has created tricks that we have spent centuries trying to figure out. These are optical illusions, and there are hundreds of them all around us. So now let’s dive into the most fantastical ones.

Underwater waterfall in Mauritius – it’s not been Photoshopped! The first natural trick of the eye that we will show you is near the coast of Le Morne in the Indian Ocean. Lying on the beach, you are unlikely to witness this magic, but tourists who fork out for a helicopter excursion are amazed. They will see you lying on the edge of an immense abyss, something like a branch of the Mariana Trench. And with this bird’s-eye view, you will also see the underwater waterfall. Wait! How can a waterfall be underwater? Is this a new advert for mineral water? Unfortunately, it’s just an optical illusion formed from sand of different colors near the coast. But if you look at it from the sky, the calm surface of the water becomes the best wallpaper for your computer – and all without Photoshop! 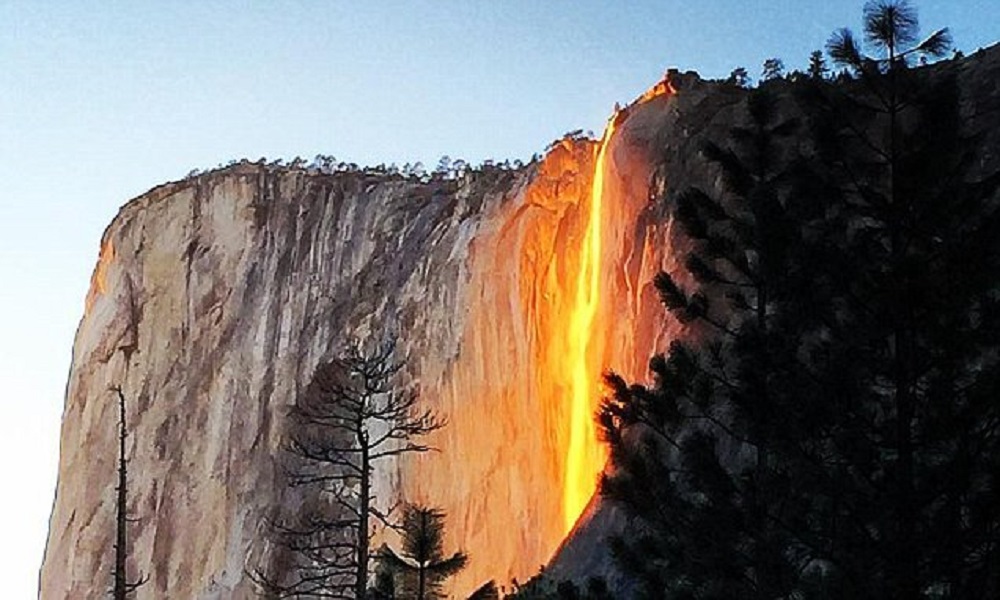 In Yosemite National Park, Utah, USA, anyone who loves science fiction can easily find themselves in a Peter Jackson film. Unfortunately, there is no tower with a burning eye, but there is certainly some dragon’s fire. It looks like lava flowing from the top of a ridge, but actually it’s just water from melted snow. The sunbeams at sunset paint the water with burning colors and form the illusion. But only the chosen few will see this spectacular sight. Don’t lose your chance – you can admire nature’s fire show for two minutes only.

Salar de Uyuni – would you like to walk on the sky? You know what we like best about the Star Wars trilogy? Of course, the magnificent location in The Last Jedi. Salar de Uyuni is a dried salt lake in Bolivia, and it’s not only famous for being a film location. More magic comes with the rainy season. After the rain, the lake’s surface becomes a huge mirror, and this is where we get the illusion of the sky under our feet. This place is extremely popular with photographers, so if you have a photographer friend who suddenly disappears for a couple of months, he might just be in Uyuni in Bolivia. After a few years, he could come back with several million in his pocket after charging tourists a dollar per photo.