The person who invented augmented reality technology must have known about COVID-2019, the virus that changed the way we live on this planet. The global pandemic influenced every sphere of our life and even penetrated military routines. Philippine Navy announced recently that it would train its personnel with VR technologies. Could you imagine that one can go to the army and still sit at home? Now it’s about to be possible in the Philippines.

We thought it would be a good idea to find out more about the technology. 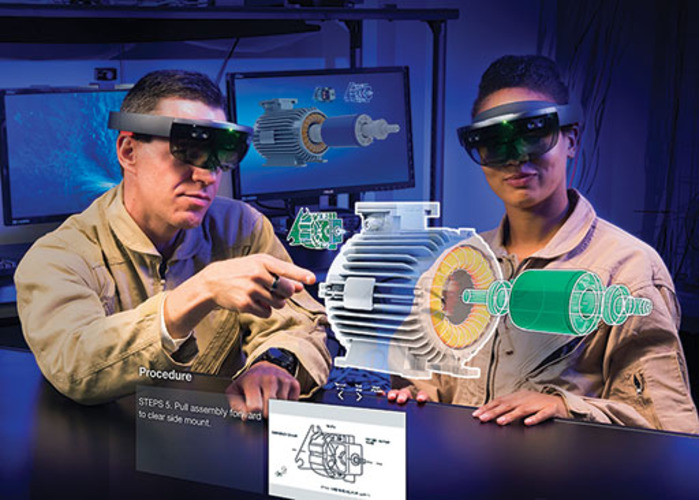 The Philippines have struggled to keep their economy strong enough to go through a pandemic. You can close a coffee shop for quarantine, but you aren’t supposed to close a Navy base. Military people in Manila still go to work and contact face-to-face with each other and that creates new opportunities for the virus. That’s why Philippine Navy decided to train its soldiers from home using VR glasses and a special program.

They say that VR glasses will help military people train and experience the lab environment and they will be able to keep the social distance or just sit at home and still go through their training programs. They want to test the system on the Navy and then use it in all spheres of military service in the country.

And it’s actually not about far-away plans. There is a computerized classroom in Manila offering now 9 test courses for soldiers. They have completed successful testing and are now ready to scale their work to any other spheres.

How will it work?

The main reason is to avoid pauses in the learning process that occur due to lockdowns or other issues. The program is available in the classroom where students have access to brand new VR systems and it’s also accessible via mobile phones or desktop computers connected to any augmented reality device. So students are able to keep training when they need to stay at home for any reason. In the future, the technology will help students to keep up with training courses even if they are ill or need to relocate for some time to another city or even country.

There is currently no information on the brands of VR glasses or on the software developer for the course program. But experts are concerned that the system may be the reason for huge leaks in the Philippines military training system.

Are there any drawbacks?

Actually, the idea isn’t that new. There are companies like ClassVR or Jasoren that provide custom software and equipment for VR training. All developed countries use VR systems in the military, industrial, and academic training process. But the world was amazed by the news that the Philippines were going to use the technology.

The Philippine Navy has 24 000 active personnel, slightly more than 100 ships and 25 aircraft as well as 8 unmanned aircraft. Let’s say, it’s a very developed navy even compared with the world’s most powerful armies. But training techniques in Philippine Navy, as well as technologies, have never been so up-to-date and revolutionary.

They can still have trouble with instructors and training procedures. Until now, Philippines Navy soldiers were trained in classrooms and on ships. Using augmented reality technologies may seem difficult for both instructors and students.

There have been concerns about financing the project. The Philippines have never had a stable economy, there aren’t many investors in the country ready to give away millions of dollars for military purposes. But costs for VR training classes will be huge, and they are only going to grow. So will they be able to scale the process of learning and finance all plans using the budget money? The question is still open.

Other ideas to use VR in military training

For now, the Philippines Navy only plans static training courses and lab work for the VR program. But there is the experience of other countries and they will need to follow it if they want it to be a successful investment. Here are some examples.

VR military vehicle simulators. For training military vehicles countries spend billions of dollars. Now you can make a couple of training platforms powered by VR technologies and augment literally any military vehicle including ships and planes in nearly any situation. So that will make the process of training cheaper and easier along with putting students in all kinds of possible conditions.

Group military games with VR technologies. They will need a big area for that, but actually, it’s possible to create virtual boot camps with nearly any decorations in the augmented reality world. It’s especially important for training infantry, but it may help with navy training, too.

Medical training. Medical skills are necessary for every military person. You may put students in awful real war situations and make them practice their medical skills right in the center of battlefields. That’s what many countries now do with military medical staff. And there are even special programs for such training.

Posttraumatic recovery training. You probably know that military people need to work with specially trained psychologists. Now in many developed countries, they use VR technology to make soldiers go through different military situations to cope with their psychological problems or to conquer fears.

Virtual battlefields. With the help of building nearly any kind of augmented world for a VR environment, many armies in the world now use AR-glasses to train their staff in an environment that resembles real battlefields and even has some plot. It’s a game-like training process that has influenced military training much in recent years.