Many people now believe that Tesla is the only company in the EV market that can produce real cars, not just concepts. But that’s far from being the truth. Numerous startups throughout the world tell us that the huge revolution in the EV market is going to happen very soon. The richest people on this planet invest in electric vehicle production companies and they won’t lose their money. But we tend to believe news telling us that not one single company is able to compete with the largest EV producer in terms of technology and efficiency. Strange to hear that given that Tesla technologies are over 10 years old and they aren’t developing that fast.

So today we’ll look at Lucid Motors company, the California-based corporation that is now starting to produce and deliver its first mass-produced car, Lucid Air. Its plans are huge, and Tesla is the main competitor on the market. But if we look thoroughly at the Air, we will see that this car is much better prepared for those buyers who will want a luxurious electric vehicle, not just a simple car with an electric engine inside. Luxury is everything for Lucid Motors, and it may be their main advantage in competition. 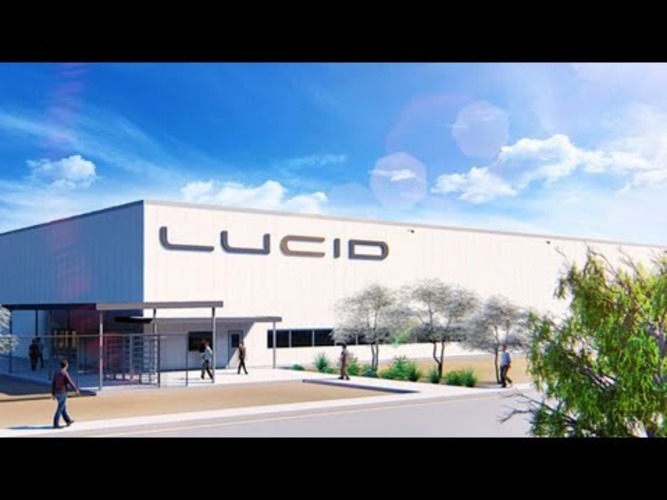 Initial plans were too brave

You probably know that in order to gain investment every company will describe its plans like in a wonderful fairy-tail. The first production model was revealed in September 2020, with nearly a year delay over the original plan. Then Lucid Motors said that they were going to produce a couple of thousand cars until the end of 2021. But then they faced troubles with suppliers and first car weren’t produced on time. So, in the spring of 2021, we still wait for the first production Lucid Air to be delivered to its future owner.

The original plan included 20 000 cars until the end of 2021 but apparently, they can’t make it true in any case. The Lucid Motors plant in California is capable to expand its production to 130 000 vehicles per year, but that’s a very ambitious plan given the risks on the market and competitors arriving from every corner.

Lucid Motors managers still say that they are going to deliver at least 500 to 1000 cars in 2021. That will decide everything, especially the stock price. Saudi investors are about to get mad because of delays, but they should also understand the problems that the company faces currently. So, let’s see why Lucid Motors can still be a bad startup project and what kinds of troubles it has at the moment.

The biggest problem is that the stock market changes dramatically. The last two years weren’t the best time for investors. Now they are seeking stable companies to invest their money. They don’t want startups that don’t have any marketing strategy and any clients at all. The stock market for Lucid Motors is now not in its best condition. It shows flat movements even with good news. So, we see that investors want to see real cars before they give their money for Lucid Inc stocks.

But the production can’t speed up because the plant has been just built and it needs more time to get all preparations done. No one shows what’s exactly happening behind the plant’s walls, and that makes investors sad. Obviously, they are going to have more trouble if they delay their production even more.

Parts and chips aren’t there on the market

Recently there was news that chip producers are out of the market and Lucid Motors company has no access to important parts of their cars. It turns out that the production isn’t fully autonomous, they involve hundreds of other companies all over the world to supply lots of parts and units for Lucid Air and other models. And now, due to pandemics and starting crisis, many companies closed their production or stopped it for some time. So Lucid Motors now faces big troubles with getting all the needed parts for their Air model.

They try hard and search for other alternatives. But it’s really hard to change the chip supplier if you have all the vehicle’s software set for a certain model. No one actually knows how long this may be happening, so we believe Peter Rawlinson, Lucid Motors CEO, finds a good solution and lets the company’s clients see their new Air cars on their drives soon.

You probably know that Lucid Motors is invested by Suadi Arabia companies. The relationships between the US and Saudi Arabia haven’t been that good. In the Arabian world, people have fewer rights, the society is far away from democratic values. So there isn’t much business between these countries. It may also be a problem for Lucid Motors, and many experts have been saying this since the company started building its assembly plant in California. Once the US imposes some sanctions against the Saudi Arabian rich, Lucid Motos may lose its financial support.

The investments are risky, so Saudi Arabian businessmen are also very careful with sending big sums of money overseas, especially to the US. But until now the company hasn’t got any problems with getting money and investing them in California. So it’s only a hypothetical problem that will disappear once Lucid Motors start earning its own money.

Price for cars and sales

Recently the Lucid Motors managers proudly said that they now have more than $650 million in reservations. Well, it’s not that much if you look carefully at that number. They meant the sum of money that they will potentially earn when selling all reserved cars to the future owners.

But let’s find out how much will that make in cars. So, the most affordable Lucid Air will cost $69 900. We’ll take the average price because we believe American buyers won’t purchase just the base model. So, the average may be well over $80 000. That makes around 8125 cars preordered until now.

If it still seems like a lot to you, let’s look at other EV companies. Rivian recently presented its first electric truck and started taking preorders. It now got over 30 000 reservations. Tesla Cybertruck is about to start its deliveries to its first clients. And Tesla now has 300 000 preorders of the truck – they keep adding while we are making the video, so sorry for the incorrect estimates.

Now we see that getting slightly over 8000 preorders doesn’t mean anything. They certainly need their first car to be available for test drives in order to draw more attention from potential buyers.

Prices – huge trouble to cope with

As we have already said, the base model of Lucid Air is going to cost $69 900. That’s nearly $10 000 cheaper than the Tesla Model S after its facelift in 2021-2022. But still, that’s 70 grands to pay for a car you don’t know anything about. Will it be durable? Will it show the specs that are promised? Will it be comfortable? Will its battery be as good as Tesla’s batteries are?

For $70 000 you are expected to buy a luxurious vehicle that is full of unbelievable technologies. Lucid Air will compete with other cars, not just EVs. And here it comes to Mercedes E-Class or, say, Volvo S90 that show unbelievable comfort and unique interior on the top level. We don’t say that Lucid Air will be much worse, but it has to be even better if they want to get $70 000 for a base model and much more than $100 000 for the best model in the range.

Lucid Motors has no trust among Americans who can afford to buy a $100 000 car. It has a long way to go in order to make the drivers want their cars. To build this trust the company will need years of hard work. Tesla’s first years weren’t that successful if we look at sales. They needed years to persuade Americans to try EVs.

There is one more problem. You aren’t expected to charge your Lucid Motors vehicle at the Tesla charging point. We believe there will be more universal charging points, but for now, Lucid Motors wants to work with its own infrastructure, and that will be hard.

All problems of Lucid Motors can be applied to all other EV startups, so we believe that the company will successfully go through these difficulties to become one of the largest EV makers in the US and probably in the world.