You may have heard that people in North Korea live like on some other planet. They don’t have normal internet or TV, they believe that all the world is their enemy. That’s kind of weird, but what’s much weirder is how the North Korean people go on dates and communicate with their loved ones.
Let’s see the immense difference in cultures and thank Universe that we don’t live in North Korea. 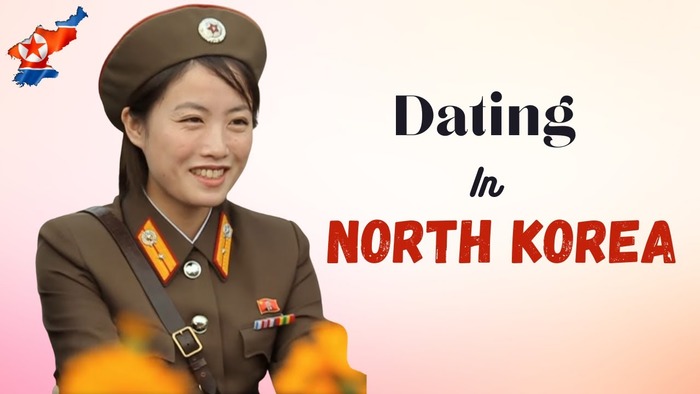 The real hell for teens

In North Korea, it’s forbidden to have any kind of romantic relations if you are young. Are you a schoolboy? Did you like that pretty girl sitting next to you in the classes? You better keep silent until you are at least 18 years old. Otherwise, your parents can lose their jobs and your family will be in shame for years.

No kissing, no hugging!

Some journalists tell us that it’s illegal to kiss and hug in public places in North Korea. But that’s not true – there is no law like that. Though, it’s socially unacceptable to show any signs of a romantic relationship between people in public. The maximum thing you can do with your partner is to hold hands.

Marrying? No, my friend, the army is waiting for you

Once you finish your education, it’s quite natural to start looking for a job and for a couple to marry, have a family and give birth to kids, right. But it’s certainly not about North Koreans. There is compulsory military service for all men which takes 10 years and also selective military service for women. During these long 10 years, you aren’t likely to go on dates and think about romance.

What about internet dating?

Well, to cut a long story short, you can date your favorite leader, Kim Jong Un on the North Korean internet, but you aren’t likely to find any dating website, let alone an application like Tinder. North Korea has a kind of closed internet with only a bunch of websites that are approved by the country’s leader personally. In other words, the local internet is full of propaganda and lacks simple services like dating sites or social networks.

Not exactly. Cellphone lines in North Korea are all tapped by the government. If you want to communicate with your loved one via phone when you are in the army, be prepared to go to prison for the betrayal of your motherland. But there is still one way to make it. You can buy an illegal Chinese smartphone on the black market in North Korea. It will have a Chinese sim card in it. So, the only thing left to do is to go to the border with China, catch the signal from Chinese cellphone towers and call your partner secretly! What’s more, you can even connect to some Chinese websites.

Is there at least anything good?

Certainly! North Koreans have plenty of underground nightclubs with contraband music from South Korea and the US. These clubs are usually literally underground and they are the only place where you can have the kind of nightlife.

Probably, all today’s North Korean kids should thank these clubs for their birthdays. Otherwise, we can’t imagine where these people can meet, get acquainted, chat and start romantic relationships.

What is the problem with you there, guys?

The problem is not only about Kim Jong Un and his father’s regime. The trouble lies deep inside the culture of North Korean people. Say, if a guy likes a girl and he offers her to go on a date, there will be 2 strange things: the girl will reject him two times and only for the third time she can say yes. How do you count those times, ladies? The second weird thing is that there is no chance to have a long-lasting romantic relationship in order to get to know your partner better. Want to go on a date with a girl? She’s considering you to be her future husband and the father of her future kids!

So, are you fed up with all those North Korean dating things? Okay, we’re going to tell you one more to be the cherry on the top of our beautiful cake.

Since women in North Korea are very reserved and they should reject the guy two times before agreeing to a date or marry him, the guy actually doesn’t know if the girl likes him. So, he keeps pressing on her thinking that she’s just being polite. One more bad thing about living in North Korea is that rape isn’t considered a huge crime, so very often women have to agree to date or marry a man after a physical threat. And if they call the police, they will get no help at all.

We could continue telling you a romantic story of dating in North Korea, but our heads just blew off because of all that social justice and comfortable society they live in.