A couple of years ago rumors started spreading that Tesla sees China as the main market for EVs. It all sounded weird because China didn’t have much interest in electric cars and even if its residents would want to buy EVs, there were quite a lot of local producers. But now we see that we were mistaken. All major brands from all over the world are trying to have their piece of the world’s largest EV market by introducing special models for China and by building local assembly plants.

Elon Musk appeared to be a wise man to have built and launched the Giga Shanghai factory. Now Tesla has great plans for the Chinese market and the company is ready to expand production if needed. Although, Tesla stopped the Giga Shanghai expansion that had been planned earlier. The reason for this is some tension between China and the US and possible sanctions against American companies in China. 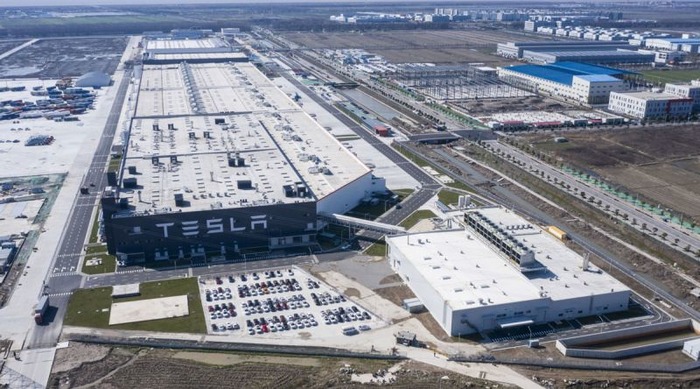 How many cars are they going to sell?

Currently, there are 23 Tesla stores in China – 5 in Beijing, 4 in Shanghai, 4 in Guangzhou, and also in other big cities. The Giga Shanghai is going to produce up to 500 000 cars a year, and that’s much more than an average car factory can produce. For example, Tesla’s factory in Freemont, the US, produces up to 300 000 cars a year. It’s quite interesting that Tesla sees the Chinese market as even more prospective than the American one.

But not all cars that are produced in China will be sold in China. Giga Shanghai was originally planned to cover Asia’s demand for Tesla cars and batteries. But now we see that the game is changing and Tesla appeared to be ready for this. They are exporting Model 3 produced in China to Europe as one of the cheapest versions – Standard Range Plus.

Sales in China are growing rapidly. Compared to 2020, in 2021 Tesla sales in China grew up more than twice. But this statistic also includes exported cars.

Tesla wasn’t even planning to sell all 500 000 vehicles produced in China on the local market. They initially set the plant to produce right-hand vehicles for Australia and New Zealand along with left-hand cars for other countries. They also wanted to export made-in-China cars to Europe and they are successfully doing it now. They were obviously intending to start exporting Chinese cars to the US, the biggest market for Tesla, but former president Trump made it impossible by imposing an extra tax of 25% on products imported from China.

This is probably why Tesla refused to buy land and expand the Giga Shanghai factory. But this in no way means that they lose money and business in China. The first quarter of Tesla's operation in China brought nearly $3 billion in revenue which made a third of the global revenue of the company. Do you still believe they are going to close Giga Shanghai?

What exactly do they produce in China?

There are two models produced in Giga Shanghai right now. It’s Tesla Model 3 and Tesla Model Y. The Model Y is only sold on the local market while the Model 3 is exported in addition to local sales.

Initially, the Tesla cars were produced from the parts delivered from the US. But gradually Tesla keeps on localizing the production in China. They find Chinese partners and start cooperation with other companies to have the cars localized 80% to 90%. This will allow the company to earn more revenues thanks to lower production prices.

Batteries, seats, some interior elements are produced in Giga Shanghai. And there are other suppliers in China that are growing the local production of parts for Tesla Model 3 and Tesla Model Y. Experts expect full localization up to 2023-2025.

Why is China so good for Tesla?

The Chinese market has always been the gold mine for many car manufacturers. For example, Volkswagen has been selling 3 to 4 million cars every year in China and localized production with FAW and SAIC companies. American companies like Buick and Ford sell around 1 million vehicles yearly in China. And nearly all these companies localize their production due to the troubles of exporting and importing goods.

Tesla sold around 300 000 vehicles in 2020 in the US and around 500 000 vehicles globally. 137 000 vehicles were sold in China in 2020. So, the US market was only twice bigger for Tesla than the Chinese market, and the company sold less than 100 000 cars in all other countries per year. And you need to take into account that Tesla started sales in China at the end of 2019. It’s obvious that the Chinese market is extremely important for the company and it offers much more prospects than even the local US market.

Why do Chinese guys buy Teslas?

It’s all about mentality and habits. Many countries of the world now import quite a lot of Chinese cars including many electric vehicles, and the buyers think these cars are great. The vehicles are much cheaper than European or American cars. For example, Xpeng’s new EV which is really like the Model 3, will cost around $25 000. The cheapest Model 3 will cost in China around $38 000. But the weird thing is that the Chinese buyers will choose to spend an extra $13 000 for basically the same car, but they will buy a foreign brand car. In China, foreign products are the symbol of wealth, and Tesla sells well exactly using this phenomenon.