Tesla is confidently getting over the world of electric vehicles. This is the first company that aims to expand its production to all major markets. They have a huge Giga factory in the USA, they are now using the immense factory in Shanghai, China, and they are also building another huge factory in Berlin, Germany to deliver cars faster to European clients. 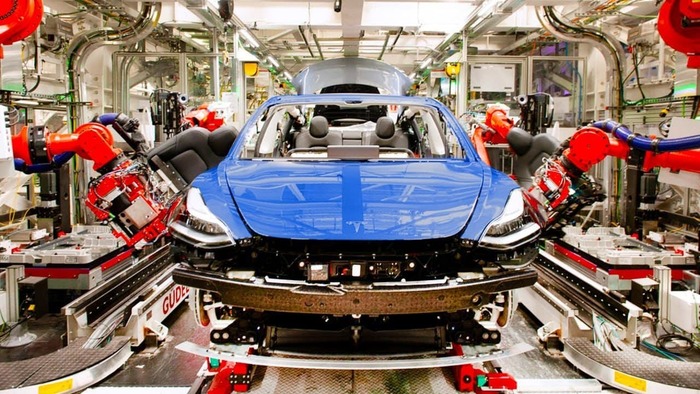 Giga Shanghai production lines seem to be inspired by sci-fi writers who depicted how machines will eventually do all work instead of people. The assembly is automated, so more than half of the steps during vehicle production are made by robots. It means that there is no chance for human mistakes and for the poorly done job.

So, Teslas that are made in China are of quite good quality, aren’t they? Today we are going to have a look at how the production site actually works and what kinds of innovations it uses for becoming the world’s second and potentially even first biggest EV-production plant.

There were journalists in the EV industry who were skeptical about Giga Shanghai's capabilities. They were saying that the investments Musk made aren’t enough to build a really advanced plant that would be able to ensure 450-500 thousand vehicles a year. But as soon as the production was launched, the Giga Shanghai offered a tour for Chinese journalists and skeptics stopped publishing their thoughts the same day.

The plant appeared to be extremely up-to-date and unbelievably robotized. Nearly all steps in the production process are completed with the help of advanced robots that are insanely precise and tireless.

Robots ensure that the welding part of the job is done perfectly. Then they move the bare body towards another line that holds engines and batteries. People basically watch the process and register that everything is assembled right as it should.

Robots are all connected to one cloud system that registers every single movement of the robotic arms and tools. If the quality control finds any drawback in any assembled car, the tracking system will instantly track down the production process and find the step and the machine that was faulty and brought troubles.

The cloud is like a living creature in the Giga Shanghai factory. It controls all the processes and tracks all possible mistakes and faults to stop the production and check whether it can be restarted again without any issues. This system is unique and it hasn’t even been used in the Gigafactory based in the US. Yes, they also use cloud control, but here, in Shanghai, it’s much more advanced.

How is the quality controlled?

Some people are afraid of robotic production and assembly. They think that a robot can be broken and it will weld the car poorly so that it can break down soon after one buys it. But at Giga Shanghai, there is optimal quality control, and this is where humans come into action. People control each car, checking the assembly quality by the long checklist. For example, each vehicle is being measured in terms of panel gaps to ensure that the body was assembled correctly.

It’s interesting that the company President, Zhu Xiaotong has no office or any kind of separate working space. He works just like any other employee and he is always in contact with all workers at the factory.

Numerous Chinese journalists have admitted that the quality of Teslas made in China is superb. And the fact that Chinese Model Y and Model 3 cars are sent to New Zealand, Australia, and even to Europe proves that the quality is quite high. Otherwise, Tesla wouldn’t risk with the important markets.

How many cars will they produce?

Tesla aims to localize vehicle production in China and ensure that the site can work autonomously without getting any batteries and motors from the US. And they had planned to build additional production facilities up to 2020, but something went wrong. We know that the China-US relationship got worse, and probably this was the reason why Elon Musk stopped investing piles of money in this country.

But even without additional facilities, Giga Shanghai is capable of producing up to 500 000 cars a year. This is around 137 cars a day, and it’s huge. Compare with the biggest car manufacturing facility in the world, the Volkswagen Wolfsburg plant which is able to produce and assemble around 815 000 vehicles a year. Bear in mind that Volkswagen has over 60 500 workers to keep the Wolfsburg Plant running. Tesla has just a little more than 2000 employees at Giga Shanghai, and that’s unbelievable!

Currently, the production in Shanghai counts for about 250 000 cars a year which is quite a decent result. But the plant is capable to produce even more vehicles. As you see, the robotic technologies and advanced control systems helped Musk build a 10 times more efficient vehicle assembly plant than you could expect.