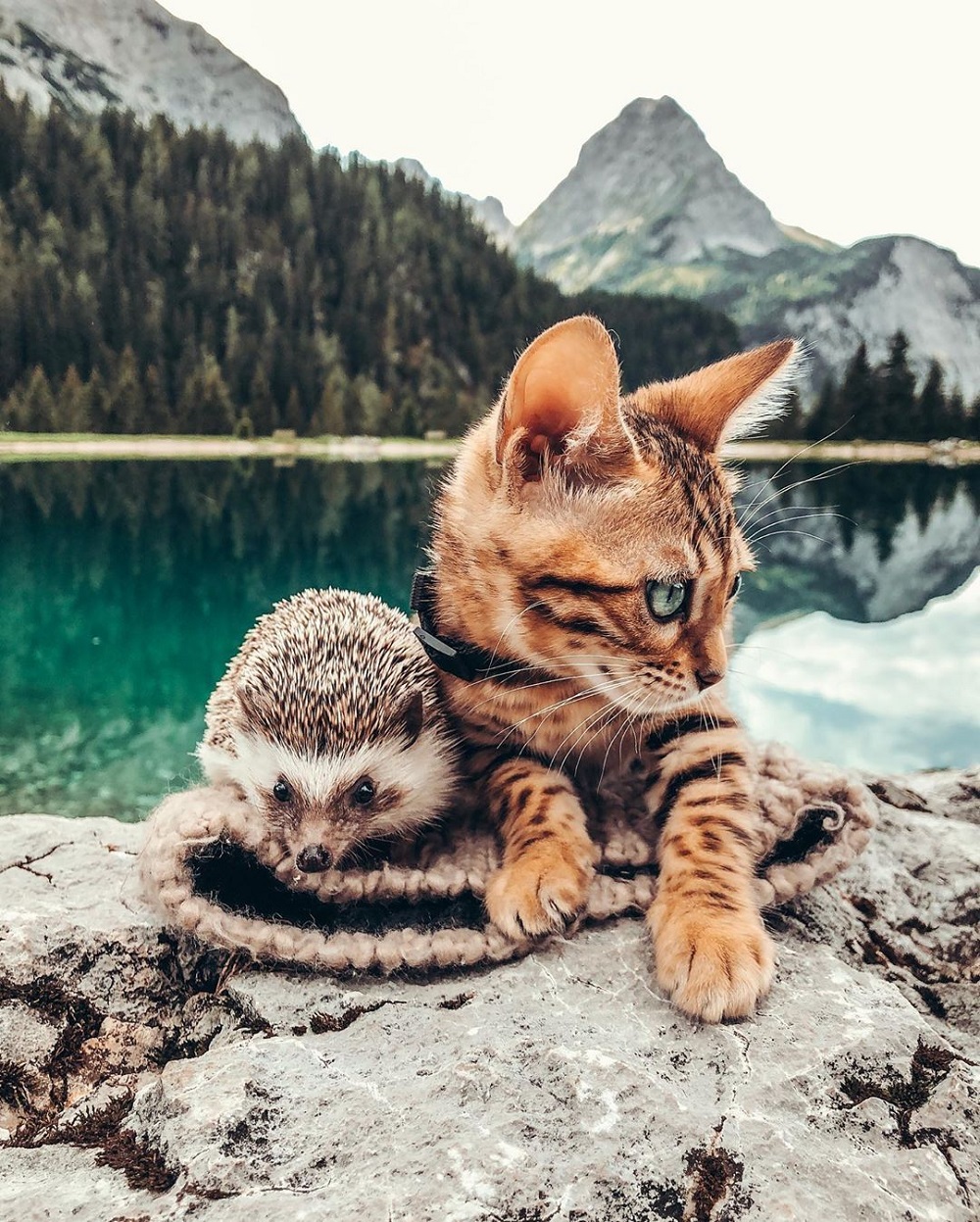 They have dinner together in the evenings, often from the same bowl. Audree enjoys Herbee’s food more than hers even though they eat the same food (except for Herbee’s insects). 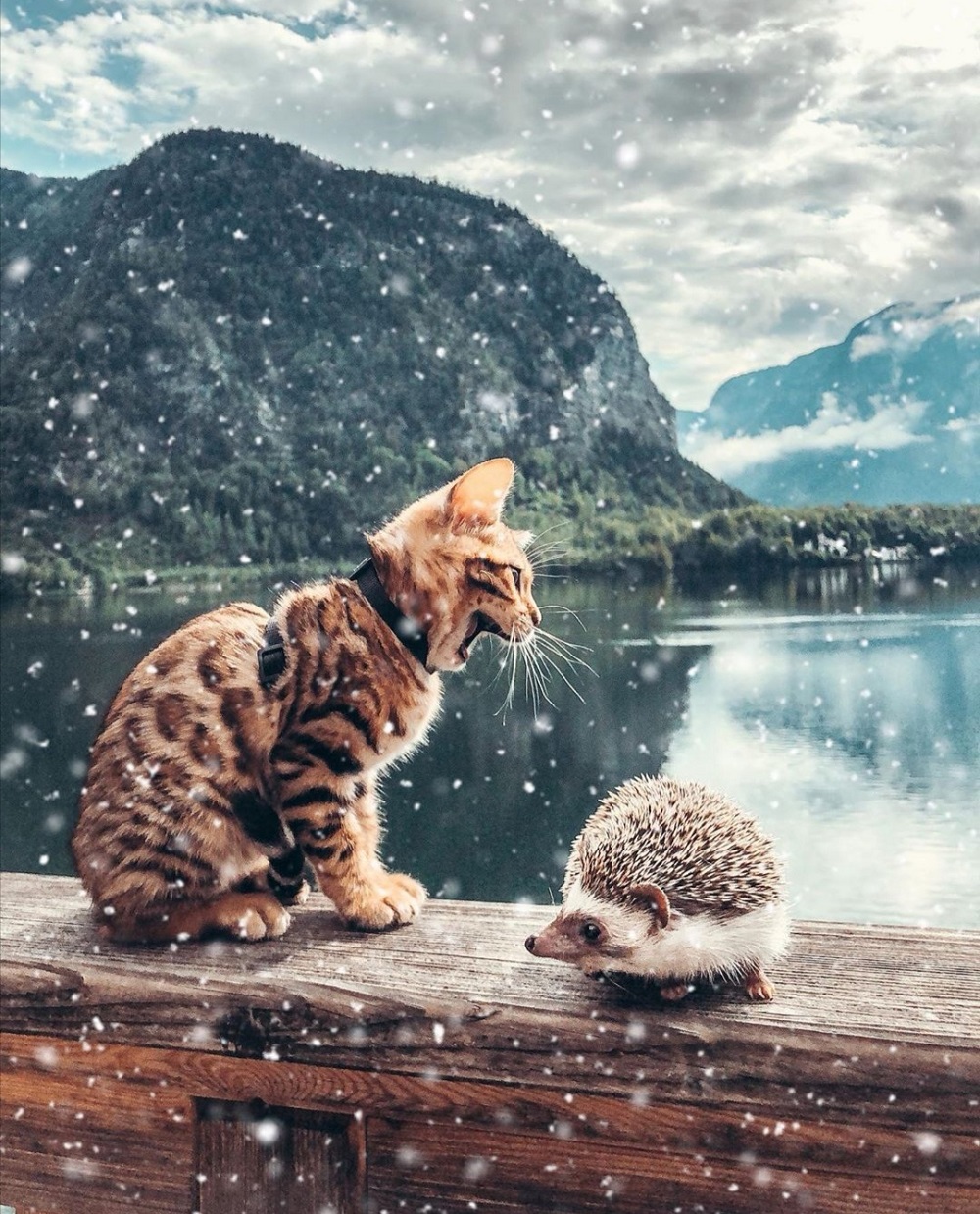 Audree sometimes sleeps in Herbee’s cage or just watches him. While he bit Audree once, he didn’t hurt her. She meowed and left, but it never happened again.