For years conspiracy theorists have believed that all power of the world is in the hands of these powerful families that have secretly taken over the world in all matters of life.

From politics to finance, these are some of the wealthiest families in the world who rule the world with the influence and power that comes with their wealth. Let’s take a look!

These photos show us the funny side of animals 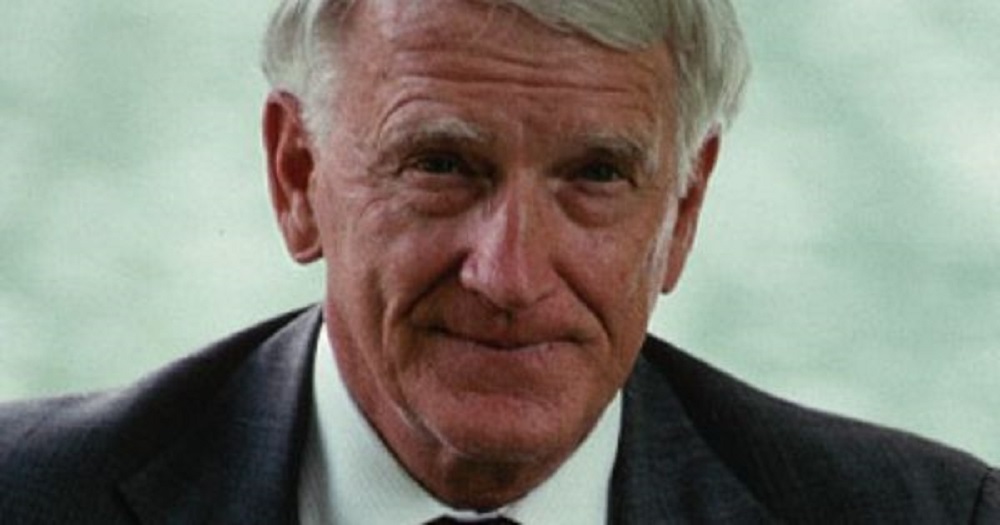 The Cargill & MacMillan family bags the 10th spot on our list with an estimated collective net worth of around 42.9 billion dollars and are the owners of Cargill Inc. They are the multi-generational descendants of the American business executive, William Wallace Cargill and his son-in-law John H. MacMillan Sr. The family is the fourth wealthiest family in America with the main source of their wealth being their company which by 2019, twenty-three Cargill & MacMillan family members owned 88% of. Each year, the family also takes about eighteen percent of the net profits as dividends. Although the exact wealth of the family is unknown, there were fourteen billionaires in the family in 2019, making it the only family to have more individual billionaires among its members than any other family anywhere in the world, making it the family with the wealthiest members in history. 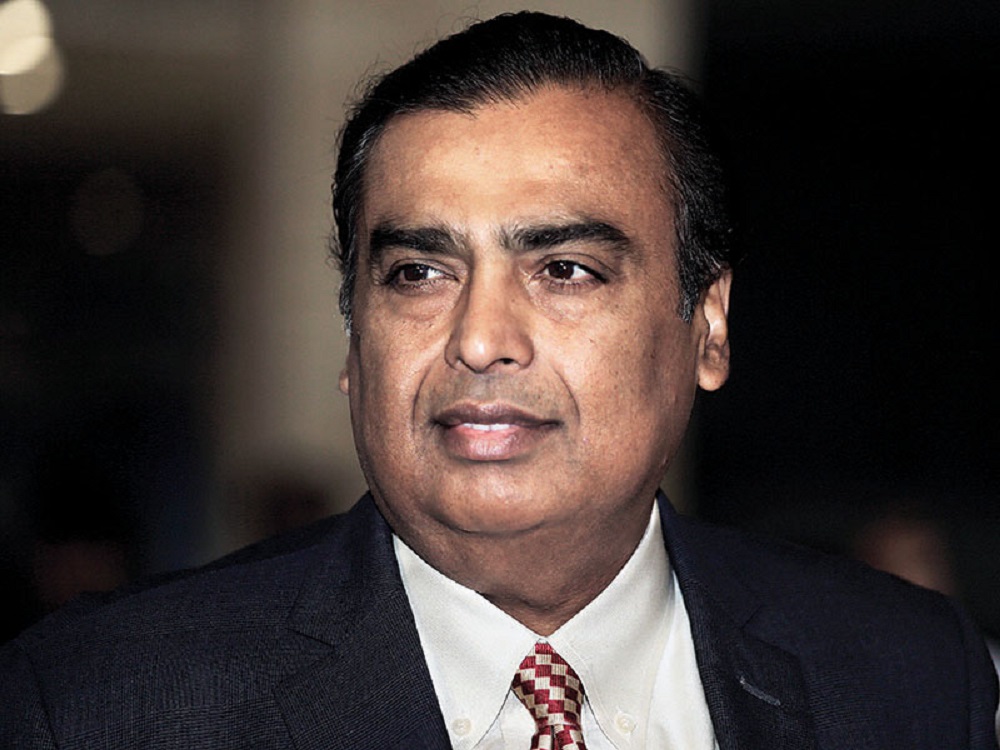 The ninth place is taken by India’s richest family, the Ambani family. Head of the family, Mukesh Ambani is the managing director and largest shareholder of Reliance Industries, which is an Indian industrial company and one of the largest industrial companies in all of Asia, making Mukesh Ambani the richest man in Asia. Reliance Industries works with refining petrochemicals, energy, textiles, natural resources, retail and telecommunications. It is one of the most profitable companies in India and also the most valuable company by market value. Mukesh Ambani’s net worth, as of February 2021 is US 80.1 billion dollars, making him the 10th richest man in the world. Through Reliance, he also owns the Indian Premier league franchise Mumbai Indians and is the founder of a football league in India called the Indian Super League. In 2012, he was named one of the richest sports owners in the world by Forbes. 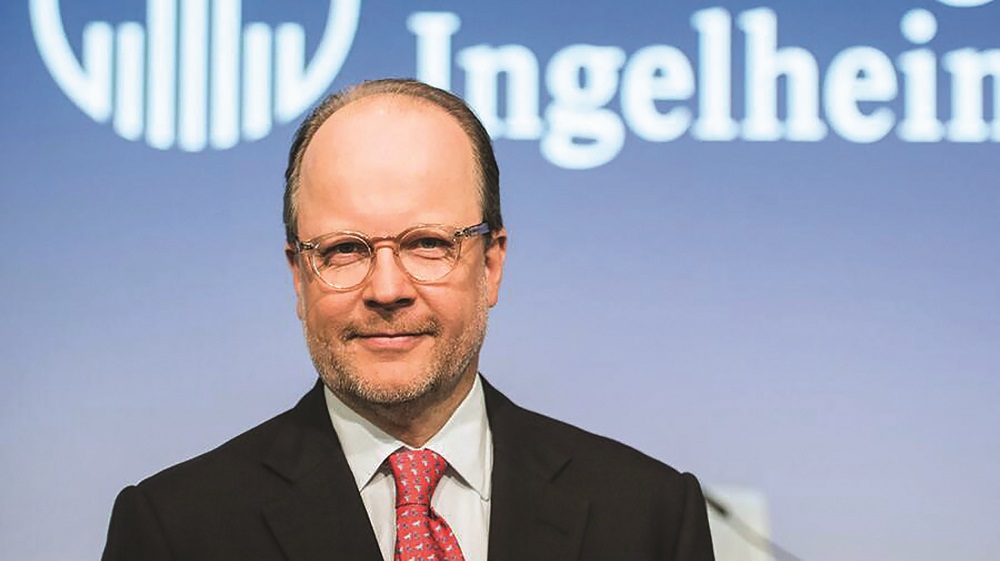 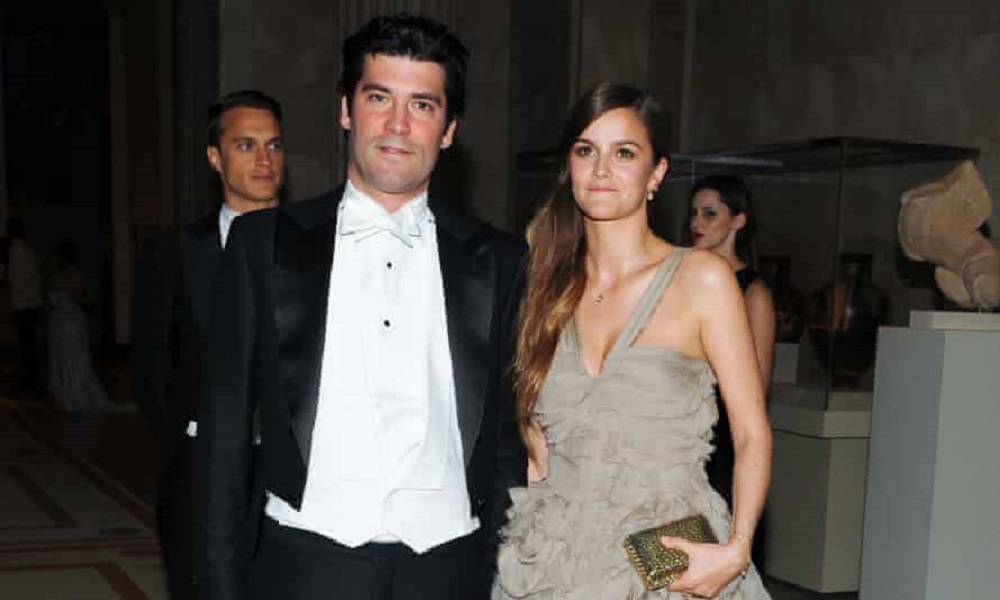 On the seventh place on our list, we have not one but a collection of wealthy families that have a combined net worth of 52.9 billion dollars. This is because the Belgium families of Van Dammce, De Spoelberch and De Mevius decided to merge their family-owned breweries back in 1987. Through the merger, the Interbrew company came out with strong brands like Leffe or Stella Artois. Interbrew is the predecessor of today’s largest brewery InBev. The sales of Anheuser-Busch InBev amounted to 54.6 billion dollars in 2018. The offspring of the founding families still hold large shares of the today stock-listed company. This makes them not only Belgium’s richest family but also one of the richest families in the world. Moreover, the De Spoelberch family and De Mevius family also run the Belgian Verlinvest investment firm together. 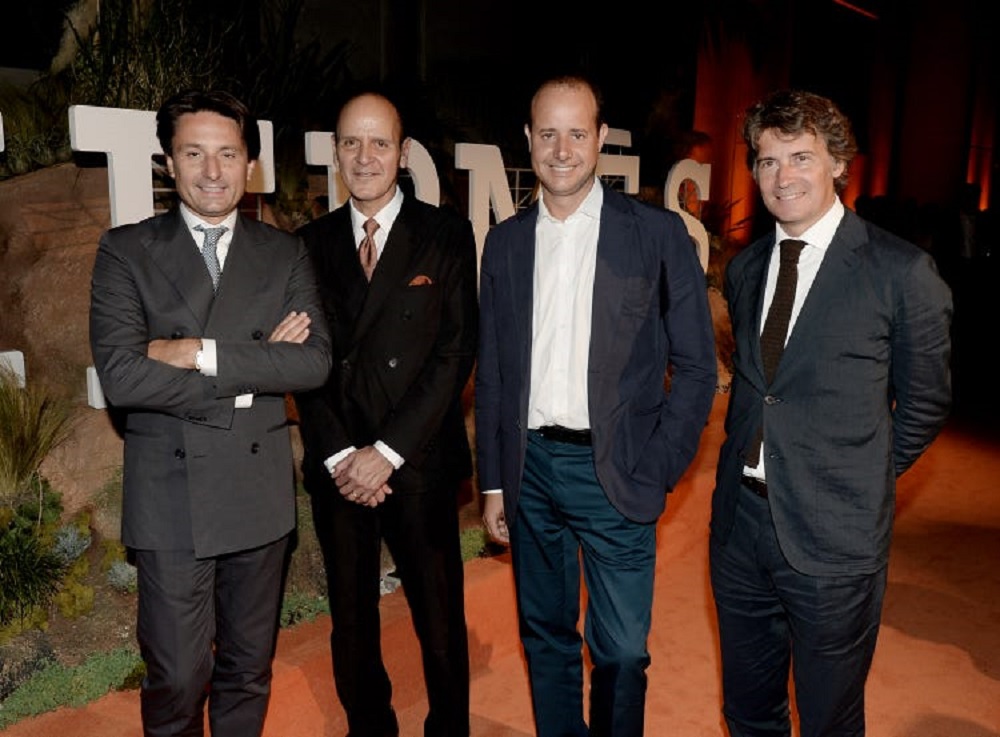 The Dumas family has a combined net worth of around 53.1 billion dollars from turning a leather store into a luxury Hermes fortune empire, becoming one of the wealthiest families in the world. Although there are 16 heirs to the Hermes fortune, it is the two cousins, Pierre-Alexis and Axel Dumas who are the head of the ultra-luxurious Parisian fashion house that rakes in billions of dollars in profit each year. Hermes, much like Chanel, is one of a handful of renowned retail businesses where a single family owns the controlling share. It has become synonymous with exclusivity and perfection with its famous Birkin bag costing up to six figures, taking 25 hours to make and which can be seen on the arms of celebrities and princesses. In the fashion industry today, Hermes is the ultimate status symbol, with the Birkin bag featuring 242 diamonds, totaling 9.84 carats and white gold. 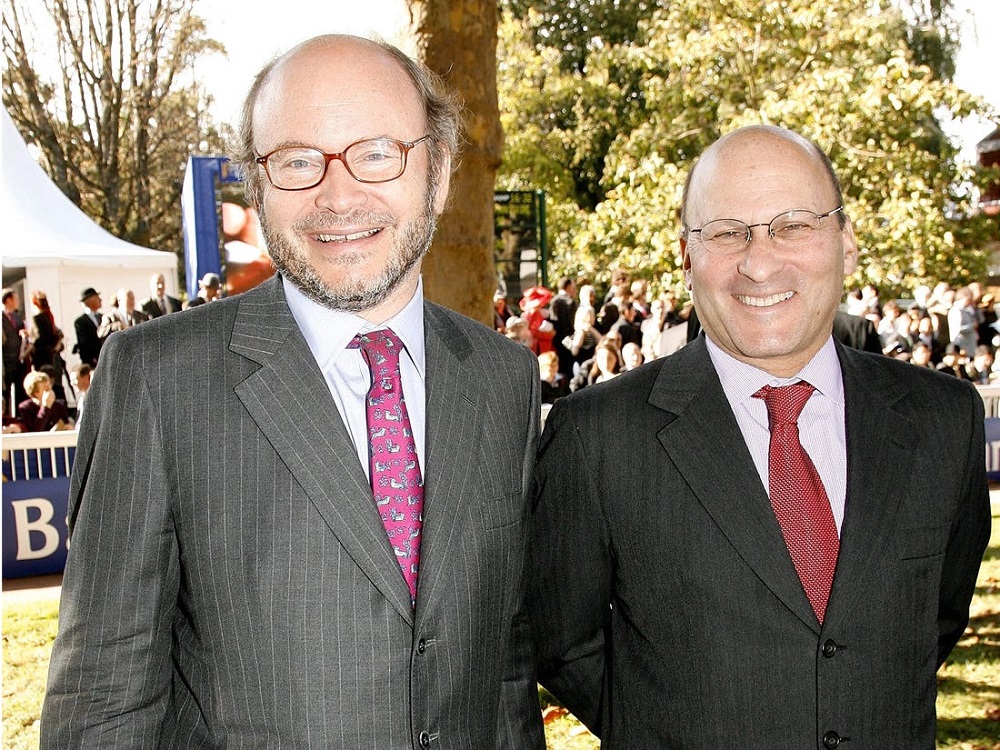 You might have heard about the high fashion house Chanel. Well it is controlled by the Wertheimer family, the richest when it comes to the high fashion industry, even before the Dumas family. The Wertheimer family fortune goes all the way back to 1920s Paris when Pierre Wetheimer funded designer Coco Chanel. Today, his grandsons, brothers Alain and Gerard Wertheimer control Chanel, generating 9.6 billion in 2018 only. They also own three vineyards in France and one in Napa Valley. What’s more, they breed and race thoroughbreds as reported by Forbes. The two secretive brothers have a combined net worth of 57.6 billion dollars. While their wealth is largely inherited, they have only added to it through business deals and acquisitions spanning retail, horse racing and of course, wine. The brothers like to remain quite tight lipped, hardly giving interviews or revealing anything about their lives. 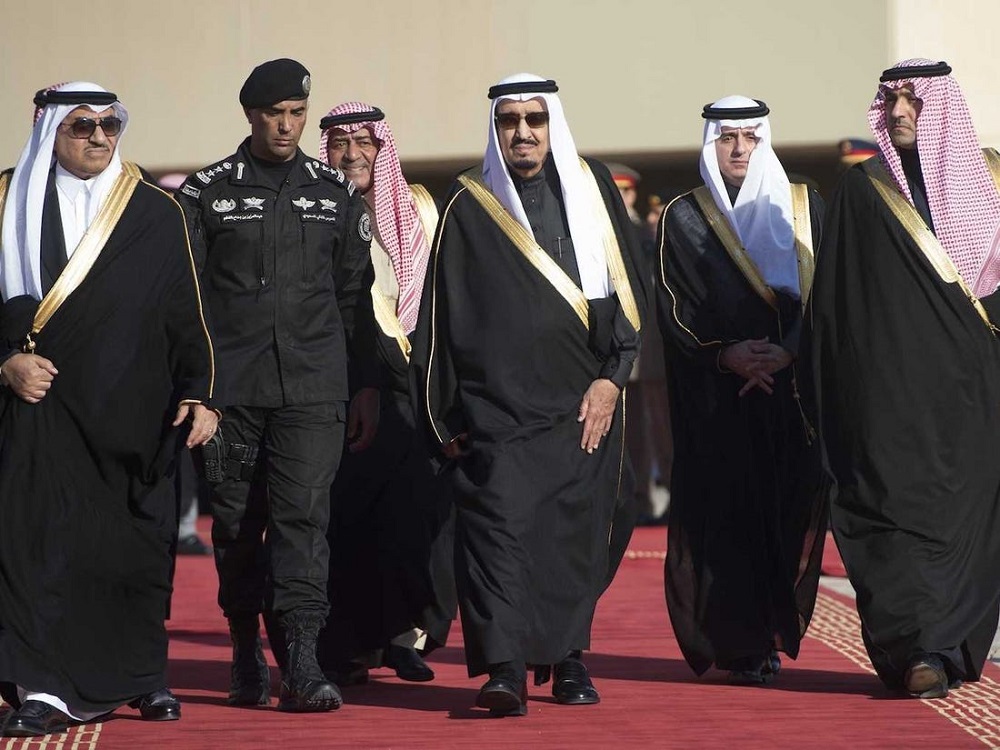 How can we make a list of the most powerful families in the world and not include the wealthiest and most powerful royal family in the world? The Saudi royal family, The House of Saud, has a massive fortune that is estimated to be around a whopping 100 billion dollars, making them the richest royal family among all monarchs. It is the ruling royal family of Saudi Arabia with the most influential position of the royal family taken by the King of Saudi Arabia, head of state and monarch of the Kingdom of Saudi Arabia. The family in total comprises some 15,000 members. However, it is only a group of about 2000 of them that possess the majority of the power, influence and wealth of the royal family. In 2015, Prince Al-Waleed Bin Talal was listed as the 34th richest man in the world by Forbes with an estimated net worth of 22.6 billion dollars. 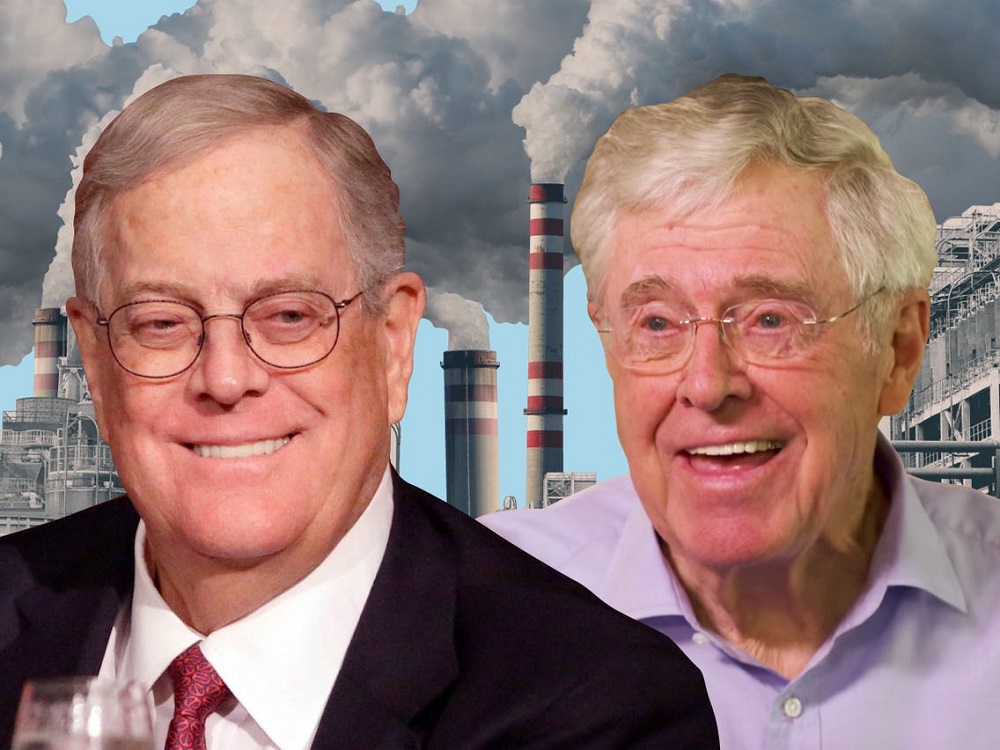 The Koch family is an American family that is mostly engaged in business but is also popularly known for their political activities. They also control the second largest privately owned company in the United States called    which yields in revenues of 100 billion dollars. The family business was first started by Fred C. Koch who developed a new cracking method for the refinement of heavy crude oil into gasoline. During the 1980s and 1990s, Fred’s four sons litigated against each other over their interests in the business. By 2019, the Koch brothers Charles G. Koch and David H. Koch were the only ones of Fred Koch’s four sons that remained with Koch Industries. They built a political network of libertarian and conservation donors and the financial revenue was funneled into television and multimedia advertising. The two brothers have a collective net worth of 101 billion dollars. 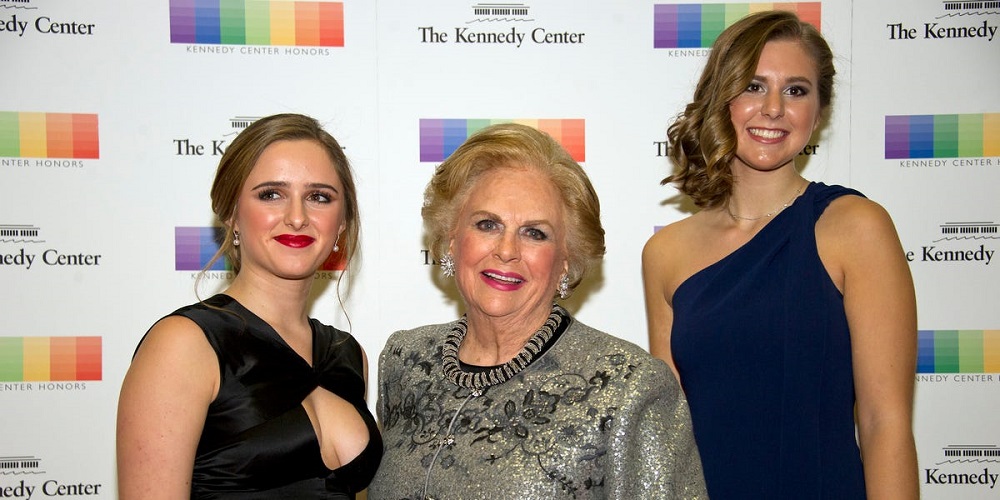 Earning the second place on our list and the silver medal for the richest families in the world that automatically have all the power and influence, we have the Mars family with an estimated net worth of 126.5 billion dollars. Yes, you heard that right. The American family behind the confectionery company, Mars Inc., was ranked as the richest family in the United States of American in 1988 by Fortune magazine. And no, they are not related to Bruno Mars. After the death of Forrest Mars Sr. he and his two sons were ranked No. 29, 30 and 31 by Forbes on the list of richest Americans with each of them having a net worth of approximately 4 billion. As of April 2020, the combined private fortune of the family was estimated to be around 126 billion dollars, which easily makes them wealthier than even the royal families such as the Al Saud dynasty in Saudi Arabia. 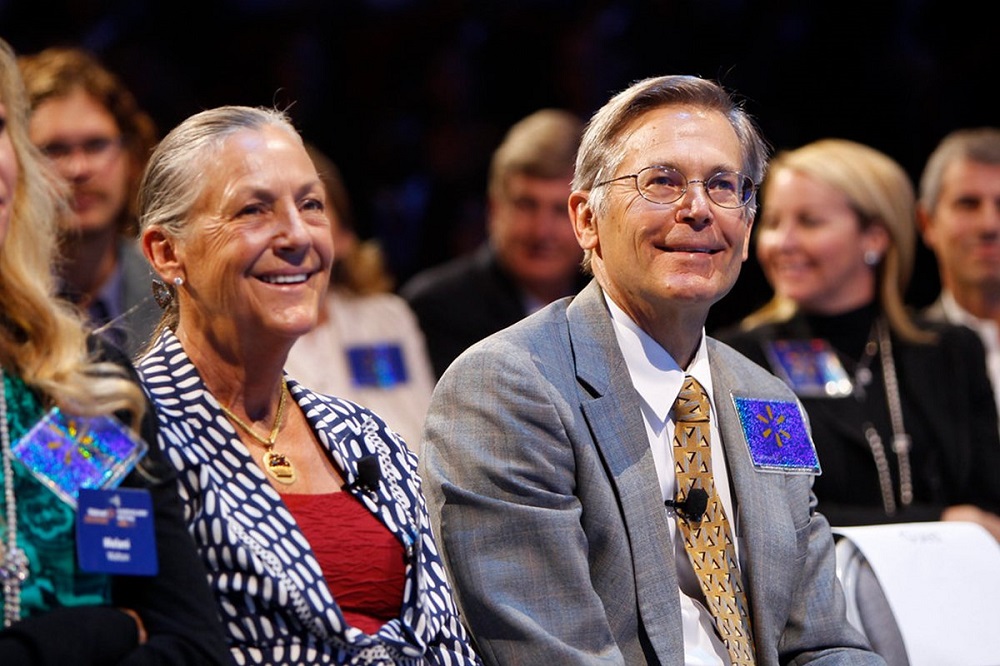 The first place spot goes to the Waltons, an American family whose collective fortune not only makes them the richest family in the United States of America but also the richest family in the world. The three most prominent living members Jim, Rob and Alice Walton have consistently been sitting in the top twenty of the Forbes 400 list since 2001. The majority of the family’s wealth is from the heritage of Bud and Sam Walton who were the co-founders of Walmart, the largest retailer in the world and one of the largest business enterprises in terms of annual revenue. As of 2014, the Waltons owned a combined 50.08 percent of Walmart and in July 2020, the annual Sunday Times Rich List reported the Walton family’s net worth to be a whopping 215 billion dollars. No wonder they’re the richest and most powerful family in the world.

And that's a wrap on 'These Powerful Families Secretly Rule The World'. What do you think about the relevant question to the video?