We were looking for top players in the best American basketball leagues. And we found Liz Cambage and Stephen Curry. These players are top-rated in their leagues, they are paid the maximum possible salaries and they perform really well. Today we’ll compare their lives, salaries, hobbies, and social activities. Do you think that top WNBA and top NBA players should have similar life? You are wrong, their lifestyles differ really much.

We took a lot of estimates to choose these two players and compare them. And yeah, we won’t compare how they play basketball, because we at our channel are concerned with the personal life of sports celebrities and their lifestyles more than with their stats and performance. And if in terms of sports Stephen Curry and Liz Cambage may be both seen as successful leaders and best performers in their leagues, their lives are completely different and have nothing in common but the orange ball. 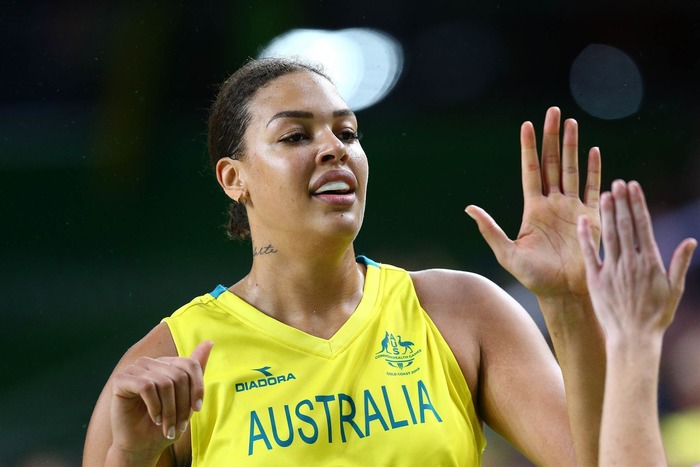 Life and habits of the greatest shooter in the NBA

Stephen is now often called the greatest shooter in NBA among currently active players. He plays at the point guard position and shows wonderful results. That’s probably why he is also the best-paid player in NBA currently. Even the biggest stars who may be much bigger celebrities than Steph are paid less.

Stephen plays for Golden State Warriors. And the interesting thing is that he was picked by this team in 2009 and he never played for other clubs in NBA or overseas. He’s fully devoted to the club and he seems to be quite happy with what he has in the team.

Stephen was born in 1988 and he can now be called the veteran of the sport. But we know players who were active in NBA till they were 42 to 44 years old, and that gives Stephen another decade of opportunities. Experts expected that after Curry turned 30 his stats would start deteriorating, but he can now compete with any young talent in the league showing wonderful results.

Curry is 6 feet 3 inches tall and he weighs 185 pounds. He isn’t that tall for a basketball player but he is still one of the best performers in the strongest league in the world.

In 2011 Curry married his long-time girlfriend, Ayesha Alexander. They now have three kids – two daughters and one son. In 2019 Stephen Curry bought a huge house worth $31 million. Also, Curry is known to have bad vision, he uses contact lenses all the time.

Stephen is known to play golf. He’s been playing from his high school years and he is now often seen on golf fields.

Like LeBron James, Curry is considered to be the face of the NBA. Every single team in the league would want Stephen to play for them, so the Warriors have to raise his salary regularly so that no other club could offer him more. But of course, he doesn’t only make his money with basketball. Stephen is a hot target for major brands and he has probably the most expensive endorsement deals in basketball history.

Liz Cambage – how is her life different?

Liz can also be called the face of her league. But she spent much less time here. She played for Tulsa Shock a couple of years at the start of her career and then relocated to China and Australia. She returned to the US in 2018 to play a little for Dallas Wings and then to get to Las Vegas Aces. Also, she has taken her time off-season to play for clubs in China and Australia.

Liz Cambage is 6 feet 8 inches tall, and she’s 5 inches taller than Stephen Curry. She is also 4 years younger than Steph. Liz is known to hold the scoring record of WNBA – in 2018 she showed 53 points in one game.

The main difference is that WNBA gets much less attention from reporters and fans than NBA. That’s why Liz Cambage isn’t that busy with all those TV shows and advertisement photoshoots. We can’t say that she is not wanted on TV or she has no endorsement deals with brands in the US, but of course, Stephen is much busier with these things.

Liz earns her money overseas by getting only $221 000 of base salary a year. Curry gets more than $41 million a year making it 185 times more than Liz earns. Also, endorsement deals proposed to Stephen Curry are much more expensive and lucrative than those of Liz Cambage.

Liz isn’t married, she doesn’t have children. Her career path is extremely different, but also very successful. Her lifestyle is much more modest because she doesn’t earn enough to buy multimillion houses and sports cars. But still, Liz is amazing and we believe that WNBA will become more popular thanks to her and it will bring bigger salaries to the stars of the league.