Dictatorship is always a bad idea. The North Korean regime tries hard and controls all aspects of people’s lives. But people love freedom. Even if you control them for generations and try to show that all the other countries in the world are enemies, society will still want to be free. And now we see that the changes are happening in North Korea. We want to believe that this is the start of a huge change that will bring freedom and happiness to the North Korean people and will put the end to the regime of communists.

As you probably know, Kim Il Sung was the founder of North Korea after World War II. The south part of the peninsula decided to join the democratic world, but the north appeared under the control of communists. Kim Il Sung was the first dictator of North Korea. He started to rule the country back in 1948 and finished only with his death in 1994. He changed his title from Chairmen to President in 1966, but it was just the change of title, not the nature of his dictatorship.

Today North Korea is ruled by his grandson, Kim Jong Un, and some experts say that he might be the last dictator of the country. People want changes and they may get it through bloody revolutions and protests. In our today’s video, we’ll look at North Korea today and try to see changes that have been happening during the last years. 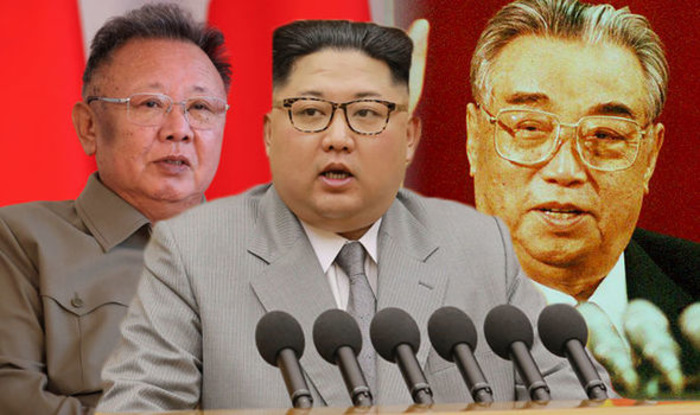 Kim Il Sung and his idea of idyllic country

In his young years, Kim Il Sung joined the communist organization and later was jailed for taking part in the protests. After his release from prison, he joined the Korean guerilla movement to oppose Japan that wanted control over Korean Peninsula. In the 1930s Soviet Union noticed a young and promising man and he was sent to military training to the Soviet Union army. There he joined Communist Party. Kim Il Sung led the Korean contingent in the Soviet army during World War II. After the war, the Korean Peninsula was divided into two parts: the Soviet-occupied north and the US-supported south.

Two years later Kim was the Premier of the newly formed communist country. And this is where the hell began. During the first years of his reign, Il Sung tried to get control over the south, igniting the Korean War. The war ended in a stalemate in 1953 after US and UN troops fought back the North Korean army. China helped Il Sung keep control over his original territories.

For establishing his eternal power, Kim Il Sung eliminated all his enemies and he probably taught his son, Kim Jong Il, how to do it. The one-person-controlled economy kept showing good results in the 1960s and 1970s but eventually, it brought the country to starvation in the 1990s. The lack of food is something they can’t deal with even now. The philosophy of self-reliance that was formed by Kim Il Sung, is still the main idea of the country’s politicians.

Kim Il Sung cultivated good relations with China and the Soviet Union, but after 1991 Russia doesn’t support Pyongyang much. In 1994 he died right before he was going to relieve tension between the two Koreas. After his death, Kim Jong Il became the Supreme Leader of North Korea making the rules even worse. But the weird fact is that Kim Il Sung is still officially the president of the country. North Korean constitution names him as the eternal president of the republic.

During the years of Kim Jong Il. North Korea tried to make relations with some countries warmer, but at the same time, it was enriching uranium to secretly build new missiles. In 2003 the masks were off and North Korea broke all agreements by claiming that they were going to produce nuclear weapons again.

In 2011 North Korean news said that Kim Jong Il died on his train. His son, Kim Jong Un, became the next Supreme Leader of Korea. And this is where changes started.

He was educated in Switzerland and he saw how the developed countries actually lived. He was much younger than his father when he got the power of ruling the country. And that is why some changes were inevitable. Still, the country wasn’t ready for a sharp change, so all the reformations are made step-by-step, very slowly.

Now we can point out some major changes that have happened during Kim Jong Un’s reign.

During the first years of his reign, Kim Jong Un was the ruthless communistic leader who executed any person standing against any ideas of the party and its leader. He even executed his uncle who was advocating closer relationships with China. Also, up to 2017, the nuclear weapon program was the favorite thing of Kim Jong Un. He observed test launches of missiles and attended underground explosions of nuclear weapons again and again. But something changed in 2017 and the country turned in a different direction.

In 2018 during the Winter Olympics in South Korea, the athletes from North Korea were presented. They even marched as one body with South Korean athletes under the flag that should have meant unified Korea. Kim Jong Un’s sister, Kim Yo Jong visited the Olympics becoming the first member of the ruling family of North Korea to visit the south since the Korean War.

After that Kim met US President Trump and Jong Un basically said that North Korea was ready to get rid of all nuclear weapons if the US guarantees the country’s security.

But changes are seen not only in politics. Society is changing. Famine and lack of money make Korean people leave their jobs and start living illegal lives. There are illegal markets all over the country that start changes in the economy. People understand now that the government won’t give them food, so they start changing their lives so that they could rely on themselves, not on the Workers’ Party.

Also, Chinese smartphones are rapidly changing society. Until recent times, Korean people couldn’t use the internet. They could only use a local network that is totally controlled by the Party. There are a dozen of websites where you can find first-class propaganda and stories about Kim Jong Un. But Chinese smartphones started coming to the country as smuggled goods along with Chinese sim-cards. So people who live closer to China can basically use the Chinese internet which is also controlled, but not as badly as in North Korea.

People started organizing underground clubs where they dance and listen to American and European music, watch South Korean films and TV series. There are now lots of smuggled goods from South Korea and China, so people start seeing that they have been tricked by their leaders about the quality of life in the world. North Korea’s leaders are losing control over people, and they are about to lose their power, many political experts say now.

We see that Pyongyang changes its way of addressing other countries. Now, Kim Jong Un may have some troubles with his health or with his mental ability to rule the country. He started taking months off his duties, and that’s a clear indicator of a soon change of the Supreme Leader. Jong Un doesn’t have an adult son who might take the power and keep leading the country to communism, so there is only Kim Yo Jong, his sister, who could do this. But North Korea isn’t ready for a woman to become the Supreme Leader, so will they use this chance for eliminating the regime? No one can say that, we can only hope that the country won’t appear in another bloody war or revolution.