Maria Sharapova is one of the most titled and well-known Russian tennis players. She has retired from professional sport already, but her achievements shouldn’t be forgotten. She won the Grand Slam title five times in her career and she also won a silver medal in Olympics in 2012. Sharapova won 36 titles in her career firmly putting her name to the TOP-10 women tennis players in the world. Starting from 2004 and up to 2015, she was holding a position in the TOP-20 WTA rating, and a couple of years she was the second woman tennis player in the rating. 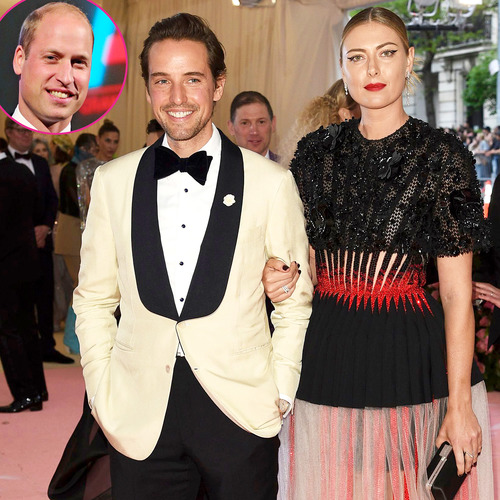 Now Maria lives in Florida, United States, and enters another rating – one of the richest women in the US among those who earned their money by themselves. She holds the 87th position in the rating with her estimated net worth of over $200 million. Maria is only 33 years old, and she has quite a lot of wonderful things in her future life, and today we’ll talk about her personal life, dating partners, and future marriage.

Who has Maria Sharapova dated so far?

Her personal life was quite a secret thing up until 2011 when Sharapova confirmed her engagement with Sasha Vujačić, the Slovenian basketball player. She had been in a relationship with him since 2009. But in 2012 it was clear that the wedding had been canceled, the couple confirmed that they ended their engagement and split up. Obviously, Sasha had a rough time after they ended the relationship, it was only in 2020 when the public knew that he started dating an American TV presenter, Kristine Leahy.

In 2012 Maria Sharapova started dating a Bulgarian tennis player, Grigor Dimitrov. The couple confirmed their relationship after the 2013 Madrid Open, and still little was known about their life. The two were extremely engaged in sport and probably didn’t have much time to spend together. In 2015 they split up.

Since 2015 there was no news about Maria Sharapova’s private life. We believe she had relationships but as you see, she is not the person who will come out and tell everyone about her private life the minute something changes in it. So we only know that in 2018 her new relationship started, and British businessman, Alexander Gilkes, became her boyfriend. In late 2020 they confirmed their engagement.

Who is Alexander Gilkes?

He is a British businessman who is well-known as the co-founder of Paddle8 which is an online auction that sells art and collectibles. The auction was sold to The Native in 2019, and now Gilkes owns Squared Circles venture studio that seeks talents and good ideas and funds them to become successful businesses and earn money.

Alexander Gilkes’ net worth is estimated to be around $20 million, and that’s 10 times less than Maria’s net worth. Well, it will certainly be hard for Alexander to surprise his fiancée with an expensive present. Alexander Gilkes is 42 years old while Maria Sharapova is 33, their age difference of 9 years doesn’t seem to bother them at all.

It’s quite interesting that Alexander Gilkes was already married. In 2012 he married fashion designer, Misha Nonoo, but in 2016 they broke up. A year after their divorce was finalized, Gilkes started dating Maria Sharapova.

For now, the day or the place of the wedding is unknown. But we assume it will be quite soon in Florida, where the couple lives now, or in New York, where they also spend a lot of time because of Alexander’s business.

Are there any problems?

Well, Maria told reporters many times that she was disappointed with her previous relationships. She even told that she was married to tennis. Maria has never opened to reporters and has never told much on her social media, so we believe we don’t know about many of her relationships. But according to Maria’s interviews, she has had enough of a bad experience.

Although, after 2017 her career started bringing disappointments, too, because of her shoulder injury, and she needed to make her next step in life. After she finished her tennis career, she had quite a lot of time to try new things, and eventually, she found Alexander who supported her in all ideas.

Now Sharapova has a part of the business they created with Jeff Rubin. This is a range of confectionary called Sugarpova. And since 2016 Maria has also taken part in numerous reality shows and series on American TV.

How will they live together?

Maria and Alexander keep everything in secret and we are going to know something about their future life after their wedding. But we believe they will stay in the US where they have been living for more than a decade and have been dating for more than 3 years now. Besides, both have businesses in the US, so it’s unlikely they will want to relocate anywhere else.

Alexander will have to push with his business as his fortune is much smaller than the fortune of Maria. But they have a lot in common – they have made their money by themselves, without any help from their families and without a big start. So we believe these people will live in harmony for many years.