When we look at Liz Cambage who is the player of Las Vega Aces of the WNBA, we remember the tallest women in the world. This girl towers at 6 feet 8 inches and she is incredibly beautiful. She shows the rare combination of impossible height and beauty and that’s why she is obviously our favorite basketball player. If you watch our videos, you know that we film a lot about her. Today we want to tell you about one more basketball player among veterans of the sport and compare Liz’s lifestyle with the life of another person.

Sue Bird is a professional basketball player for Seattle Storm and she is currently the oldest active player in the WNBA. Sue was born in 1980, but until now she is still one of the team leaders. She’s often led her team to wins with her confidence, experience, and warrior-like personality. And today we want to see if her life differs much from the lifestyle of Liz Cambage. 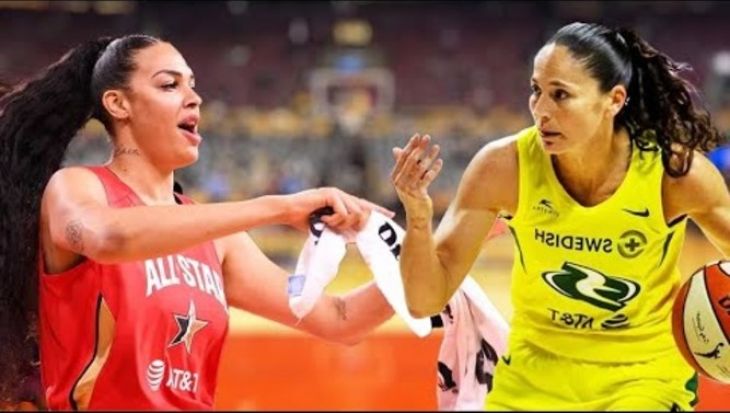 Sue Bird – main things you would want to know

This woman is a legend of the WNBA. She plays at the point guard position. She is 5 feet 9 inches tall and she weighs around 150 pounds. It’s quite interesting that Sue started her way to professional basketball from the UConn college team. Many WNBA stars who are now top rated in terms of stats and efficiency started exactly in this college team. In 2002 she was picked during the WNBA draft by Seattle Storm. And now she’s going to break the record of staying for the longest time in one team in the WNBA. Since 2002 she’s been with her team and helped the club to achieve all the heights.

Starting with 2004 and up to 2014 Sue Bird played for three Russian basketball clubs during her off-season time in WNBA. These are Dynamo Moscow, Spartak Moscow, and UMMC Ekaterinburg. She reportedly made over $800 000 a season for contracts with Russian clubs, and that’s nearly 4 times more than she earned in WNBA.

Sue Bird gets a salary of more than $220 000 a year in Seattle Strom, and she is one of the top paid players in the league. This is basically the maximum base salary a woman basketball player can get in the US due to regulations. But Sue earns her money with endorsement deals, ads, and as a social media influencer. Her net worth is thought to be anywhere between $5 and $8 million.

Sue Bird is a lesbian and she is engaged with Megan Rapinoe, the famous football player. Both women are sports veterans and they have achieved maximum results in their sports. We believe that Sue Bird is going to retire from professional sport soon but she can remain in Seattle Storm as an assistant coach and start her coaching career in WNBA.

We should start with the fact that Liz Cambage is 11 years younger than Sue Bird. She is also nearly 1 foot taller being 6 feet 8 inches. And we believe that when these two women play against each other, Liz often wins thanks to her height. Liz weighs 216 pounds. She has been playing for Las Vegas Aces since 2019, and she is said to be one of the most talented basketball players in the league.

Liz has never played in Russia, but she took part in Chinese and Australian women's basketball leagues with a lot of success. She also earns her money overseas and by endorsement deals with brands. Her salary in WNBA is absolutely the same as the salary of Sue Bird.

Liz Cambage isn’t a lesbian, she has publicly confirmed her relations with Alex Lee, the football player. She has never been married and has never told reporters about her family plans. We know that Liz Cambage was brought up by her mom in Australia. Sue Bird had a full family. Her father was Russian-Israeli, so she chose Russia to be her second country to play basketball and earn money for the major part of her professional career.

Liz Cambage has a $3 million net worth, but we have to say that she is much younger. By the age of 40, Liz could have much more money on her accounts.

So, we found a lot of common things between these two women. They get the same base salary, play in the same league, are among the top-10 players in WNBA, they are both dating football players and they both make most of their money overseas.

These women are both icons of American basketball, they are legends who make it really interesting to watch WNBA games. But their lifestyles are still completely different. We hope that both of them will show great game for many years to go.