Women’s Afrobasket is held in Cameroon in 2021. This is the main basketball tournament in Africa for women, and it allows the best teams to qualify for one of the qualifying tournaments for the FIBA World Cup. The top two teams will get their tickets to the world’s most important event and will be able to compete with the best teams from all over the globe.

But today we’ll look at the women who lead their teams to win at the latest Afrobasket tournament. We’ll see the tallest girls who are really good at basketball and could join the best teams in the most competitive tournaments. There aren’t many African players in American women's basketball, but today we’ll make sure you will want to have more of them here. 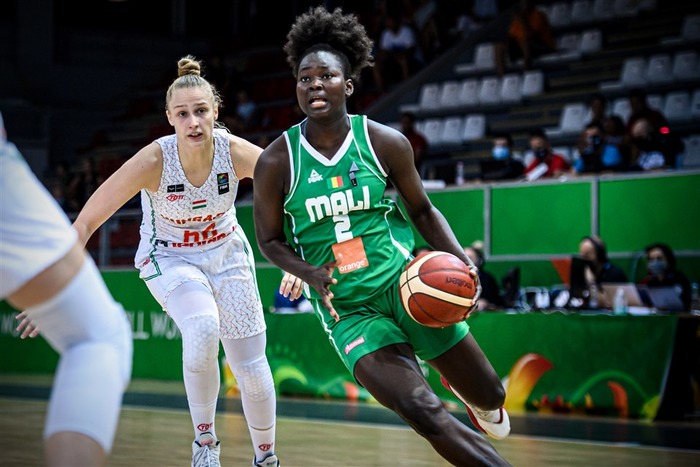 Vilma is one of the tallest players in Afrobasket this year. She stands 6 foot 3 or 190 cm and she currently plays for the Kenya Ports Authority basketball team in her native country. Vilma has quite a lot of options to relocate to other countries with well-developed women's basketball leagues, but she stays in Kenya to help her team.

Christina plays basketball in Angola, she represents the Primeiro de Agosto basketball team and also plays for Angola national team in all international events. She is the tallest girl on her team and she is extremely helpful on the court. Christina Matiquite is 191 cm or 6 foot 3 tall and she looks gorgeous. This girl is much taller than the average player in Africa, so she helps her team much.

Tamara is the only player on the Mozambique team who plays overseas. She continues her professional career in Spain, she plays for the Araski AES team, but all other girls from the national team play in Mozambique. She is the real star of African basketball. Tamara is 27, and she is quite an experienced player. She helps her team being 192 cm or 6 foot 4 tall. It’s quite hard for players from other teams to make her lose the ball or to score when she is in a defending position.

Mariam is 192 cm or 6 foot 4 tall. She plays for the Malian national team and also for a Spanish club called IDK Euskotren. She is quite young and she only started her professional career In Europe. Interestingly, the other two tallest girls in the Malian team also play in Spain, and they are 4 years younger than Mariam.

This girl is the tallest player in the Cameroon team, and she plays now in the USA for South Florida Bulls. She represents the university team and she is a really helpful and important player both in the USA and in her national team. Her position is forward and her scoring rate is very high. This is why Dulcy is often on the court from the first second and up until the last one. Dulcy is 193 cm or 6 foot 4 tall.

This girl is 26, and she is one of the brightest stars of African basketball who plays for a French club called Angers. Being 6 foot 4 or 194 cm, she is one of the tallest players in women’s Afrobasket. Oderah shows great stats and she is extremely helpful on the court. Her European experience in one of the most competitive leagues makes her the key player in her national team.

And again we have a Nigerian player who is 193 cm or 6 foot 4 tall. This girl plays in the Turkish club Bursa and has outstanding experience in basketball. She is 31, and she is one of the oldest players on the national team. But she is still on the court from starting seconds because the team desperately needs her experience and calm style of playing. Victoria is one of the brightest stars of Afrobasket this year.

Now let’s turn to real giants. Madjiguene is 26, she plays basketball in France representing the BF Escuadrian team. Her career is bright, and she is one of the tallest players in her country. Sene plays in all positions depending on the strategy the coach chooses for every single game. And she shows wonderful statistics. Being 197 cm or 6 foot 6 tall helps this girl much in achieving great statistics and wonderful ball control.

This girl is 30 and she shares the first position in the rating of the tallest basketball players in women’s Afrobasket with another player. Her height is 198 cm or 6 foot 6, and she looks gorgeous. Her current club is a Spanish team Campus Promete. She has extraordinary experience and she always helps her national team being one of the best players each time she’s on the court. Of course, her position is center, but she can also change the position during the game to confuse the opponents.

Christine plays for Kenya national team and for the Zetech University basketball club in Kenya. But she also has a lot of experience in the USA. Although she is only 23 years old, Christine Akinyi is one of the most important players in her national team. She plays as a power forward and she achieves great results thanks to her height which is 198 cm or 6 foot 6. She is one of the tallest players sharing first place with a player from Senegal.