Zinedine Zidane is a legendary football player and coach who devoted his best years to the national football team of France. He has French citizenship, however, he is ethnic Algerian. His parents emigrated to France from Northern Algeria back in 1953 because of war. Zinedine was born in France and he has always respected the country and was glad to lead the French national team to wins as the captain.

His football life started when he was about 10 years old, but his first professional success came much later. When he was 16, AS Cannes football team invited him, and he ended up playing for four years for the club at a professional level. Then he spent another four years in Bordeaux. This is the best time in his career when every year showed his incredible progress. France national team started inviting him and giving quite a lot of field time. 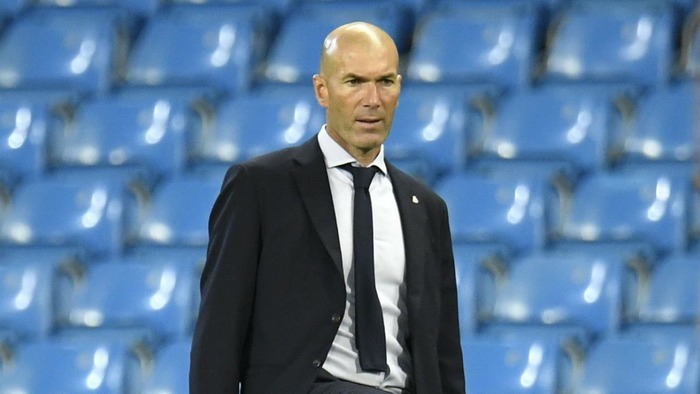 After that Juventus was the next club Zidane played for. From 1996 to 2001 he achieved worldwide fame in the Italian club and many times was the key player in the team.

In 2001 Real Madrid paid slightly less than 80 million euros to have Zidane play for them. This was the most expensive football transfer in Europe and for Real Madrid, it was the start of Zidan's age.

Zidan in Real Madrid as player

Zinedine Zidane was 29 years old when he joined Real Madrid. And that’s quite a solid age for a football player. But he successfully played until 2006 and became the favorite player of Madrid fans. In 2006 when he was playing his farewell match, 80 000 team fans at Santiago Bernabeu stadium hold a huge banner saying “Thanks for the magic”.

Zidane was a key player on the team. He played in the position of attacking midfielder and scored 37 goals in 155 matches. In his career, he also appeared 101 times in France's national team and scored 31 goals. Fans in France and Spain called him Zizou.

Zidane is famous for his style of playing. Yes, he is not the fastest football player in the world, and he isn’t probably the most efficient in terms of goal percentage. But starting with his first professional club, AS Cannes, and finishing with his last years in Real Madrid, Zinedine Zidane was highly appreciated for assisting the attacking squad and giving great passes that left no chances for the defense.

After 2006 Zidan has been playing regularly for the Real Madrid veteran team. He also made some appearances in footsal. One of his opponents in footsal tournament in Dubai got a yellow card for taking a selfie with Zinedine Zidane during the match.

In 2008 Zizou was announced as the advisor to Real Madrid president, Florentino Perez. After his retirement from professional football Zidan has been involved in plenty of charity events. After 2006 there were 4 years during which Zidane was relatively away from football. In 2010 Jose Mourinho, the coach of Real Madrid invited the team’s former midfielder to work more closely with the team. This is when his professional coaching career started.

In 2011 Zizou became Real Madrid's sporting director and in 2013 he started coaching the team as an assistant coach with Carlo Ancelotti.

In 2014 Zidane was announced as a coach for Real Madrid Castilla which is actually the B team of Real Madrid. Finally, in 2016 Zidane became the head coach of Real Madrid. He led the team to a lot of historical wins in La Liga, the Spanish Cup, the Champions League, and also in UEFA Cup. He won matches with European grand clubs like Man United, Barcelona, Juventus and many others. But in 2017 as his contract ended, Zidane announced his resignation from Real Madrid and said that the team needed some change.

In 2019 Zidane returned to Real Madrid as head coach after 5 months of losses and problems of the team. And he again managed to win La Liga. But in May 2021 Zizou left Real Madrid again. This time, he isn’t considering his return to the team in the nearest future.

Zinedine Zidane is thought to be one of the greatest football players in Real Madrid history and he is obviously one of the best coaches in the history of the club.

What’s he going to do?

In 2022 Zidane will have a lot of work in Qatar 2022 World Cup. He was the ambassador for the Arab country to host the tournament and he will be involved in many events there.

We don’t know what Zinedine Zidane is going to do after the World Cup 2022 in Qatar, but we are pretty sure that whatever he does, it will be connected to football and probably to Real Madrid.