It would be an immensely dangerous idea to jump on these ice pieces. To the naked eye, they seem solid and thick but they’re actually nothing but the opposite. There are danger signs near the lake that inform people walking on the ice is strictly forbidden, no questions ask. 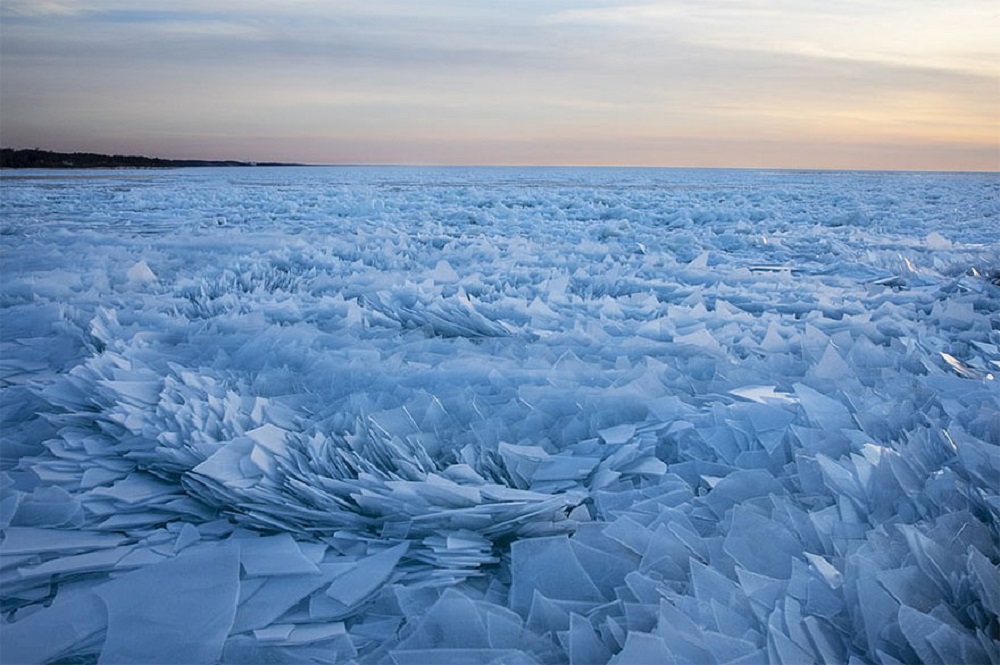 It’s a pity that pictures can’t give you a full range of emotions that make you feel as if you’re standing on the high shore of the Lake Michigan. It gives one the feeling of standing in some other world which only exists in our imaginations. Sometimes you can even see how the ice pieces start moving and creates the illusion of a mythical monster moving beneath its surface.