If you are a fan of football, you probably know that Spain is the country to consider in this sport. A couple of the best-known football teams are there in Spain, Spanish national team is the least comfortable competitor in any cup. A lot of the world’s most famous football players come from Spain. So you may expect that the world’s biggest and most famous stadiums are located here, in Spain.

We decided to investigate La Liga stadiums and compare them in terms of capacity. You may be surprised by the fact that the world’s biggest football stadium is located in North Korea and is called Rungrado 1st of May Stadium, and its capacity is 114 000 people. But there are less than 5 stadiums in the world that can host over 100 000 people. Now, let’s get back to La Liga and see if these stadiums are much smaller. 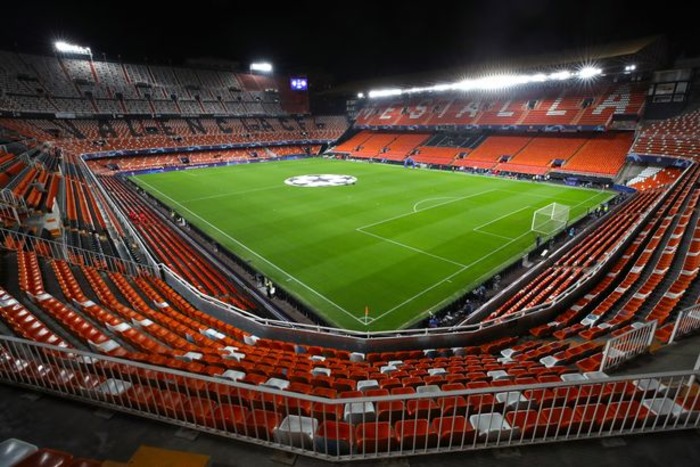 Barcelona is probably one of the richest football clubs in the world, and this team plays home matches on Camp Nou located in Barcelona city. The team has been playing here since the stadium opening in 1957.

The capacity of Camp Nou is slightly more than 99 000 people, and this stadium is the 4th biggest football stadium in the world. The stadium was planned to be remodeled and restructured in 2007. But due to the financial crisis of FC Barcelona in 2008, the plans were put on hold. The planned renovation includes design changes as well as making the capacity bigger. They would add roughly 6000 seats making the overall capacity of Camp Nou 105 000 people.

Football isn’t the only event that happens on Camp Nou. The stadium invited 121 500 people when Pope John Paul II came to Barcelona and celebrated mass.

The stadium has gathered thousands of people to watch live concerts of the world’s biggest music stars. Now the stadium may look a little old in terms of design, but it’s still great and is a favorite place of any Barcelona fan.

One of the biggest stadiums in the world and the second biggest in Spain is Santiago Bernabeu. It’s home to the Real Madrid football club. The stadium has the name of former Real Madrid player and President.

Its capacity is slightly bigger than 81 000 people and it’s going to stay the same after a massive renovation in 2021-2022. Now they are going to spend roughly 1 billion US dollars to reconstruct the arena. The main idea is to install the insanely expensive and really modern roof that can be retracted.

They will also change all the stadium’s equipment, so in a year it will be just a new venue. Spanish authorities and Real Madrid owners now spend a huge amount of money and time to construct probably the most beautiful and the most modern stadium in the world.

The stadium was built in 1947 and was renovated a couple of times after that. It’s been home for FC Real Madrid all the time and the team has got the most spectacular wins here.

This stadium is also located in Madrid, and it can host over 68 000 people. So, around 5% of the city’s population can simultaneously get to these two stadiums, and we believe it’s kind of a record here.

The stadium is now home for Atletico Madrid, the city’s second most important football club. The venue was opened in 1994 and it was a complete disaster for the city budget as it was aimed to host the 1997 World Athletics Championship, but the federation chose other venues. In 2004 they closed the stadium and it wasn’t working for nearly 10 years. In 2013 the stadium was passed into the possession of Atletico Madrid and it started its new life.

The football club invested millions to reopen it again in 2017 with the capacity of 68 000 people instead of 20 000. Now the stadium is one of the most beautiful in the country (at least while the Bernabeu is still under construction).

This is one of the oldest football stadiums in Spain. It was opened in 1929, and now it has a capacity of 60 720 people. The stadium is located in Seville and it is home to the Real Betis football club.

In 2017 the most recent renovation was made and that added 10 000 seats and renewed all the equipment on the stadium. The venue is widely used for many events, not just for football matches.

There were three major renovations, and each one added seats to the stadium. But now they will face problems with expansion because of the stadium’s location, Anyway, this is the fourth biggest football stadium in La Liga and it keeps being one of the most beautiful, too.

This stadium is located in Barcelona and it can host up to 60 713 people. And here we break the previous record because in Barcelona 2 biggest stadiums can host over 10% of the city’s population.

The Lluís Companys stadium was built in 1927 to be the main place for international exposition. Then, in 1936 Barcelona wanted to host Summer Olympics, but the event was awarded to Berlin. In 1989 they made complete renovation to the stadium and finally it was the main venue of 1992 Summer Olympics.

The stadium can be used for numerous kinds of sports, and it was even the venue for American football competitions.