Secrecy is the best currency in the military world. The less your opponents know, the more chances for you to win. That’s why military issues are being so closed. But the information still leaks to the internet, so we have some news for you. In today’s video, we’ll show special forces that are trained secretly and are nearly military myths. 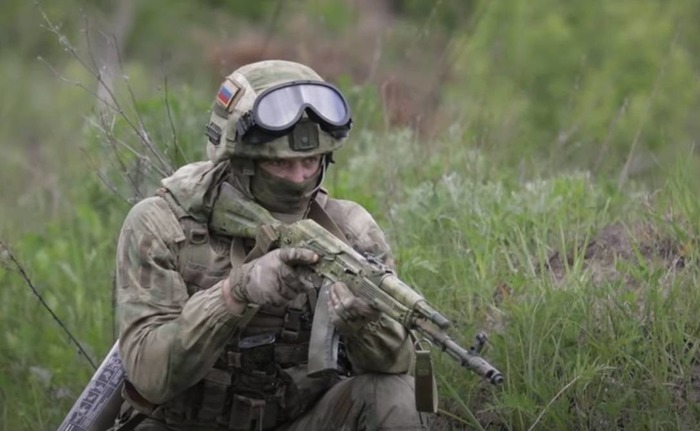 This is a military group that is known to have a huge impact on modern wars. They were used to putting up with conflicts in Afghanistan and Iraq. They once were noticed and got to press when the group crossed the border of Syria illegally to complete a mission no one could say about. After that, the US government said that the group was disbanded, but there is evidence that they still complete a lot of missions.

Task Force Black (also called Task Force 88) is reported to be a super-secret group for special missions. The group consists of the best agents that SEAL Team 6, Delta Force, and SAS can offer. This is a joint US-UK group that acts quickly and precisely and aims to be unseen whatever happens. Now it’s thought to complete the task to destroy ISIS, but no one can tell you for sure.

This group is now not a legend, there are records proving that it actually existed. The 6493rd Test Squadron was a special group that had only one task – to catch the film canisters falling from the sky. What the heck you are talking about, you might ask. But try to believe it. From 1958 until 1986 this group was the main part of the huge spy plan. The US satellites were spying on the Soviet Union and filming everything they could see. After that, these satellites dropped the canisters with films with some parachutes attached. The 6493rd Test Squadron then was in action trying to catch the films using their special aircraft. The other group was floating near Hawaii shores and waiting for those canisters that were impossible to catch in the air.

The technology was really poor, but it worked. Thanks to the information, the US was well aware of military bases in the Soviet Union. They completed nearly 40 000 catches for 27 years. And when they were free of their duties, the Squadron acted like a rescue team. They saved over 40 lives in Hawaii for that time.

Many experts believe the Delta Force was formed in 1977 and it failed its important mission in 1980. It was Operation Eagle Claw that didn’t save American hostages in Iran and also killed 8 American troops in an aviation crash. Since then, Delta Force did a lot to gain reputation back and it had to work half-open just for American society to know what was happening inside. Today the group is still in operation. It’s said to successfully hunt Osama Bin Laden, defend Kuwait from Saddam Hussein’s army, complete some important missions in Afghanistan.

We believe that the missions we know about are just a small part of what Delta Force is actually doing for the US government. But we’ll probably know about them later when the information about their missions won’t cause international scandals.

And again, we have a counter-terrorism group that specializes in hostage rescue and short missions to destroy terrorists and their assets. This is the only secret force known to have quite a lot of women among their 1800 personnel. The big part of information about the group and its missions is secret. That’s why we can only tell you about rumors and experts’ opinions.

The group has been conducting operations since 1981. It’s thought to have killed Osama Bin Laden (but some say that Delta Force did it). They are known to rescue Captain Phillips from Somali pirates. We believe they also complete missions in Syria and Iran nowadays. There are still more questions than answers about the force.

Operating in Berlin from 1956 to 1984, this team of green berets went through a few names during their history. They worked to keep West Berlin safe from communist incursions but also prepared to foment resistance if the city was taken over. Trained in classic spycraft skills, they were equipped with Bond-like gadgets such as cigarette-lighter guns and C-4 filled coal.

This was the army that Berlin spent a huge amount of money for. But it ensured its independence from the Soviet Union. A lot of information was disclosed about the 7781 Army, so many facts are now known and they are amazing. The 7781 Army shows that every powerful country now may have a secret force that completes some quick tasks and remains unseen by opponents and enemies. And we can only imagine what kinds of technologies these guys may have today.