NFL is probably the most popular sport in the US. Top players in the league get enormous salaries and are real stars. Today we’ll look at the venues of the NFL, but we want to look at a new stadium that will be built from scratch and will be open soon. You’ll be surprised, but there are not so many stadiums planned to be built within the nearest 10 years.

Surprisingly, plenty of soccer stadiums are now being built or projected. It may surprise you, but remember that football is a game with a rich history in the USA, so the infrastructure for this kind of sport has been developed for a long time. And now we have quite a lot of venues that satisfy the NFL needs. 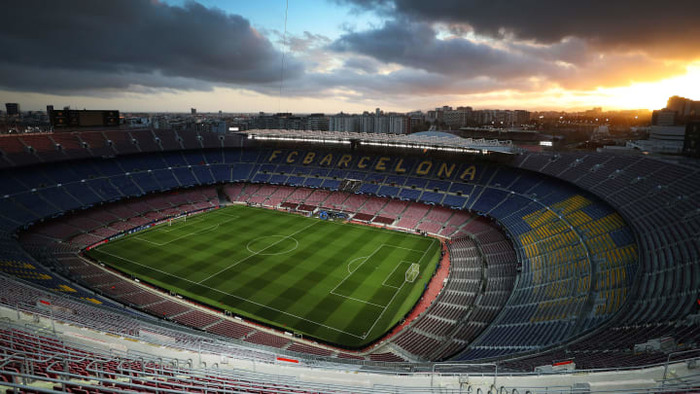 You probably know that Washington Redskins have been playing their home matches at FedEx Field in Landover since 1997. Before that, the team was playing at RFK Stadium, and many fans will say that those were the best times for the team. Today, however, the team lacks some space for development and thinks about the new venue that is likely to be built within the next decade. FedEx Field is a great venue for NFL, but its location is hard to call ideal for the team. The FedEx Field stadium has 90 000 seats for fans, and it’s quite enough for the team, but Washington Redskins’ fans aren’t glad to travel dozens of miles to watch each match.

The concept of the new stadium which is now named Redskins Stadium was unveiled back in 2016. The new stadium could be built in the Washington, DC metro area. The concept features a massive bowl with as many as 60 000 seats for fans. Every seat gives a perfect view of the field, so the Redskins fans will have the possibility to cheer their team and to watch football with pleasure. Also, the stadium will include the Redskins museum, the headquarters, and training camps. Outside the stadium, they are going to build a parking space for 25 000 cars.

Unfortunately, now we don’t know much about the project and about its price. We are pretty sure though that the stadium will be completed in five or ten years because the team desperately needs it.

Buffalo Bills team is now using the Highmark Stadium, their lease is going to expire in 2023. After that, the team is going to relocate to their brand-new stadium that will be built in the nearest future. Though, we now see that they won’t have enough time to build a huge sports venue in just two years, so they will probably lease the Highmark Stadium for another year or two. The Buffalo Bills submitted the proposal for a $1.4 billion stadium that is going to be built up to 2027. The construction works are about to start now.

The stadium will be built in the city of Buffalo, in Orchard Park. The venue will have a capacity of 60 000 fans. Interestingly, there were 3 or 4 other propositions for the location and even the design of the future stadium. The team had to consult with the city and the state, so the best decision was made with the future stadium in Orchard Park. Though, the final decision may change because there is still no official information about the start of construction.

We believe that the stadium will be a much better home for Buffalo Bills, and it’s going to have more comfortable places for fans as well as other advantages.

For now, we know that the Protective Life insurance company bought the naming rights for the next 15 years. Also, we know that there will be 24 suites at the stadium which is quite impressive. We’ll keep an eye on construction progress and we’ll update you on all important stages.