You might have heard that the US is now not the only country to roll its rovers on Mars's surface. On May 14, 2021, the Chinese Mars mission called Tianwen 1 successfully landed on Mars. Zhurong rover was the main part of the mission and now it is rolling on Mars and giving tons of important information to Chinese scientists. We got interested in the mission and decided to thoroughly investigate it and also to answer the main questions about it. 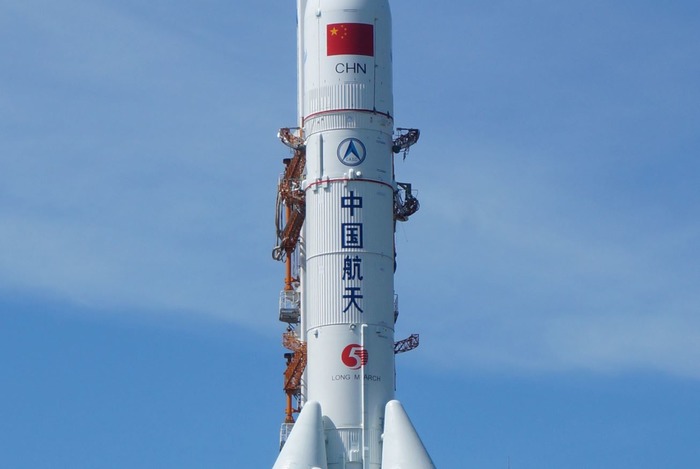 With this mission, the Chinese showed that they are the nation to take into account in terms of space exploration. They are the second nation in the world to reach Mars. And they have some more astonishing plans for their future space missions. Let’s find out more.

Up until 2020 Chinese space exploration authorities had been using their Long March 5 rocket for orbital missions only. The main task of the rocket is to lift loads to the low Earth orbit. So, it brought satellites and other equipment to space. In the future, they want to take to low Earth orbit two modules of the Chinese space station with the help of the Long March 5 rocket. Also, they are going to build or try to build a Moon-based lab or station using this type of rocket to deliver modules. But for now, the main role of the rocket is Tianwen 1 mission to Mars.

As you can see, the rocket isn’t that fast. It took 10 months to reach the Red Planet. But everything was completed according to the initial plan, so Chinese specialists never reported any problems. The launch was successful and then all mission was completed with no delays or troubles.

The Long March 5 rocket is actually the third most powerful space rocket in the world. It only sees Falcon Heavy and Delta IV Heavy in front of it in the list. The total length of the vehicle is 60.5 meters, its weight is around 643 tons. The maximum payload for low Earth orbit is 25 000 kilograms. But experts say it should be 23 000 kilograms and maybe around 14 000 kilograms for geosynchronous transfer orbit. There have been a couple of versions for different tasks. They are different in terms of engines and stages, but they are quite similar if we talk about technologies. You shouldn’t tell anyone that these rockets are very technological. Compared to SpaceX's new rockets, these ones are very old in terms of technologies. But still, they complete their tasks and do it really well.

There was one failure in July 2017, all other launches have been successful.

Zhurong Mars Rover – how does it work?

The technology of sending any type of vehicle to the Mars surface is quite hard. You aren’t supposed to control everything in real-time, so you’ll need to calculate everything precisely. One mistake and the whole yearly mission is failed. The rover was sent to Mars's surface with the help of a parachute, aeroshell, and retrorockets. They helped the rover to reduce the speed of descent and safely touch the surface in exactly the planned spot in Utopia Planitia.

This is a six-wheeled rover that is powered by 4 solar panels. And here Chinese experienced the first problems. They couldn’t get enough solar energy to charge the rover so that they could use it without stopping the mission often. The problem is connected to dust storms on Mars's surface and a different amount of solar energy than on Earth.

The rover with its landing platform weighs around 240 kilograms. They needed to use retrorockets to safely land it. Otherwise, the rover would just fall into pieces after hard contact with the surface. But thanks to Martian gods, the rover successfully left the landing platform on May 22 and started gathering pictures and scientific data for China.

The instruments onboard are astonishing

There are 6 main instruments that Chinese space engineers decided to include in the Zhurong rover. And they ensure that scientists get all the complex information about the landing spot and the area where they will use their rover.

The first instrument is RoPeR – the ground-penetrating radar. It uses a magnetic field to actually see what happens under the surface of Mars. The estimated depth of its radars is about 100 meters. And we believe that Perseverance rover can’t do this.

Then there is RoMAG. That is Mars's surface magnetic field detector. We still know so little about Mars that it’s highly stupid to send any kind of manned mission to this planet. The data about the magnetic field will help us understand if the area is appropriate for a human.

Also, there is MCS which stands for Mars Climate Station. It includes multiple sensors to measure temperature, pressure, humidity (if there is any), and other atmospheric data.

The next instrument is MarSCoDe or Mars Surface Compound Detector that will use lasers and infrared spectroscopy to study the surface, landscape and find any changes on the planet.

Of course, there is an instrument called MSCam or Multi-Spectrum camera for sending video to the Earth. The camera has multiple settings, so scientists can use it for filming in different circumstances.

There is also a NaToCam instrument – Navigation and Topography camera. This is a set of cameras that will create the most up-to-date map with all needed data of the area where Zhurong Rover landed.

How much did they spend and why?

You may know that China is one of the fastest developing countries in the world in terms of economics. When a country has enough money to spend, it starts doing basically two things: investing in military muscles and sending people to space to show their technological superiority over the other countries. So, China probably decided to enter the new space race. The recent space race between the US and Soviet Union resulted in a man walking on the Moon. Will this one result in a man walking on Mars? We still don’t know.

But it seems that it can be real in a couple of years thanks to these new technologies. Chinese authorities haven’t disclosed the cost of the Tianwen 1 mission, but we assume it was approximately the same or even a little more expensive than Mars 2020 mission by NASA. Americans spent $2.1 billion to deliver the rover to Mars. We believe the Chinese spent around $2.3 billion as they needed more technologies for the mission.

These expenses are huge, but if we talk about the space race, it’s only beginning. Dozens of billions will be spent on test flights only. And probably a manned mission to Mars will cost over $100 billion to conduct.

It’s quite interesting that the lifetime of the Chinese rover is around 90 sols. It’s slightly more than 90 days. And we believe they won’t have enough time to use their instruments correctly and to measure all features of Mars atmosphere well enough to prepare a manned mission. In this case, NASA has advantages. The Curiosity rover has been traveling around the Red Planet for 10 years and it’s still active. The Perseverance rover isn’t going to die in just three months, too.

If you are into conspiracy theories, you can find a lot of sci-fi ideas about using the Zhurong rover. Some people say that it’s there just to search for water on Mars. And we can agree with it because all the instruments are actually appropriate for the attempts to find some ice. Others say that the only aim of the Zhurong rover is to find Martians. But we believe that these Martians had a lot of time to react to the Curiosity rover and to show themselves if they wanted.

Also, there are theories that China has already built a spacecraft capable of carrying people to Mars. And they only want the Zhurong rover to check the landing spot and to prepare something for the humans to arrive at Mars. But we don’t think it has something to do with reality, because for building such a spaceship you’ll need to significantly raise the cruising speed of the spacecraft. And there are still no technologies for this.

We hope Chinese scientists will tell all the world if they find something really cool on Mars with their Zhurong rover and we keep tracking the news to tell you once they reveal such information.