Japanese gardeners are quite artistic guys. We know this for sure because we have been marveling at these little bonsai trees for years. Yeah, Japan is a tiny country, so the trees should be tiny too. But these ingenious people went even further and created the air bonsai. How does it work? 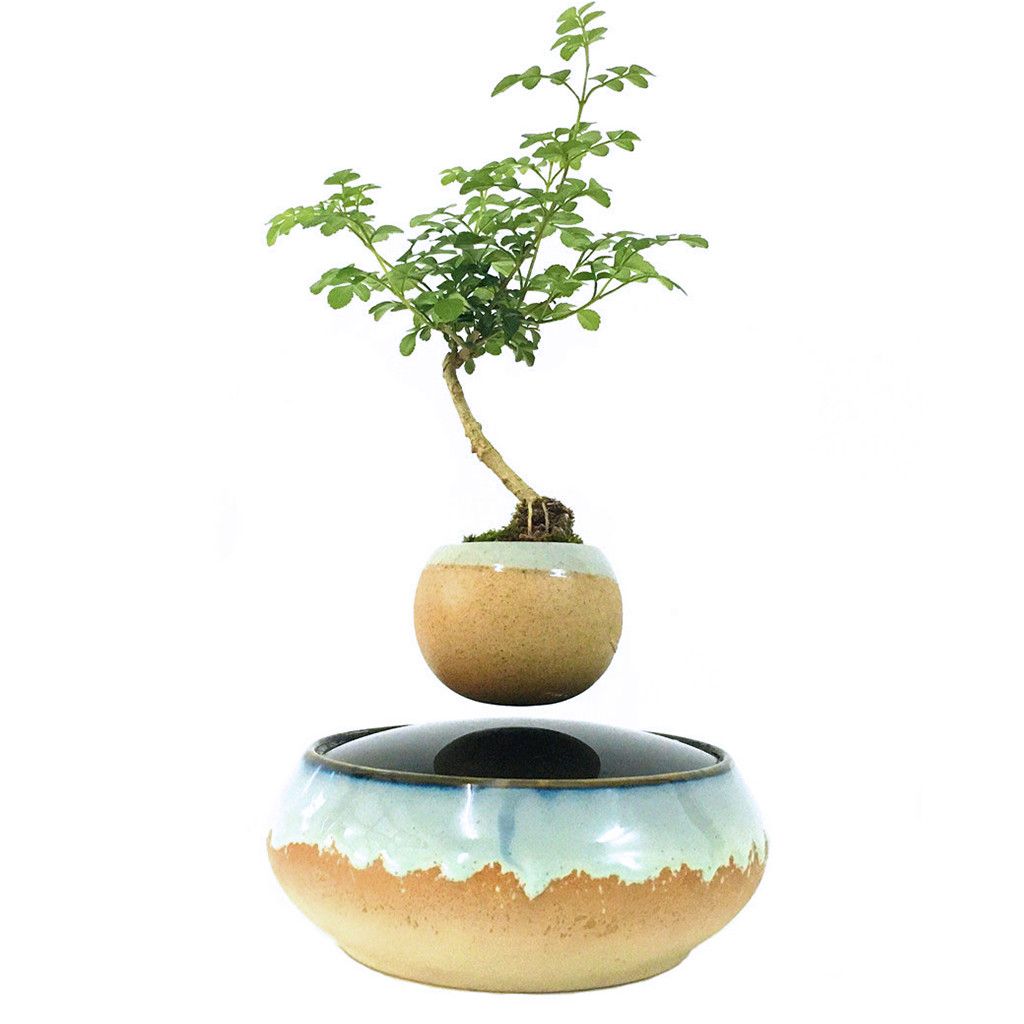 The air bonsai, or floating bonsai, is a special pot that consists of two parts – a platform and the upper part that holds the plant itself.

It is constructed in such a way that when installed carefully, the plant actually floats in the air; what’s more, it also slowly rotates around its axis. Isn’t that miracle?

The secret is simple: the platform and upper part of the pot have special magnets with different polarities. As you know, these magnets repel each other, and the laws of physics prevent them from connecting. 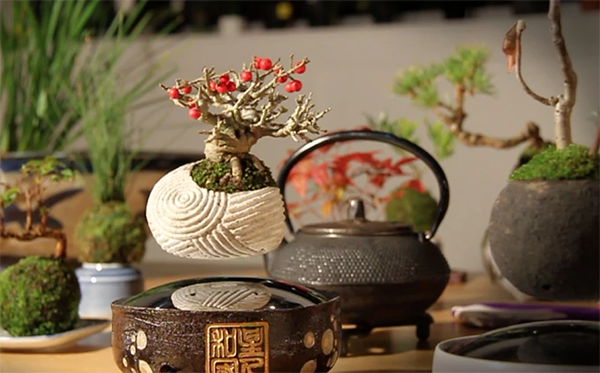 Are you disappointed? You probably thought it would be a kind of ancient Japanese magic. But it doesn’t really matter how this technology works.

Lots of people ask if they could plant their own choice of tree instead of a bonsai. You can even plant a banana tree in such a pot, but keep in mind that the plant should be small and almost weightless.

You can buy kits for creating air bonsai trees on the internet. The set includes a moss ball with a built-in magnet and a stand with another magnet. 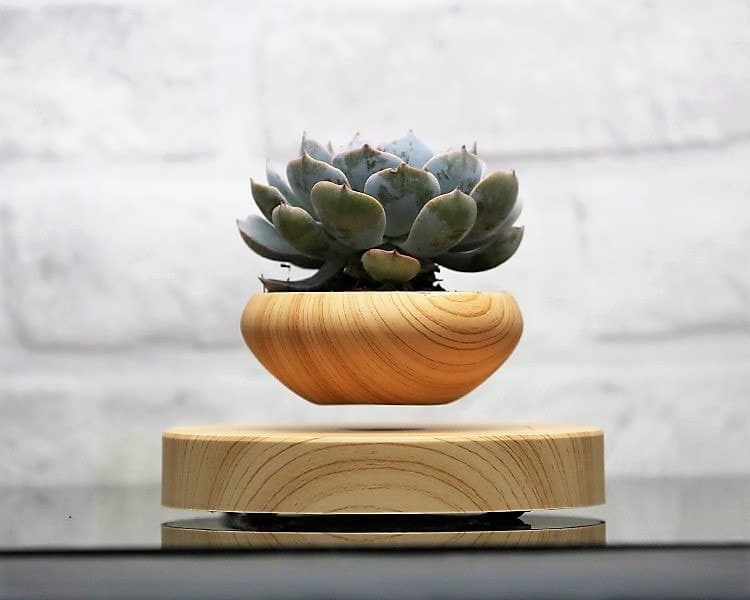 There is a problem, though. A bonsai sapling or seed will take about 10 years to grow. A bit demotivating, isn’t it? But you can buy a ready-made tree that has already been grown for you. A three- or five-year-old tree costs about $1000.

Companies all over the world like the idea of the air bonsai, so we’ll probably soon see air houseplants, air apple trees, and air forests. If only there were enough magnets for all these floating plants. 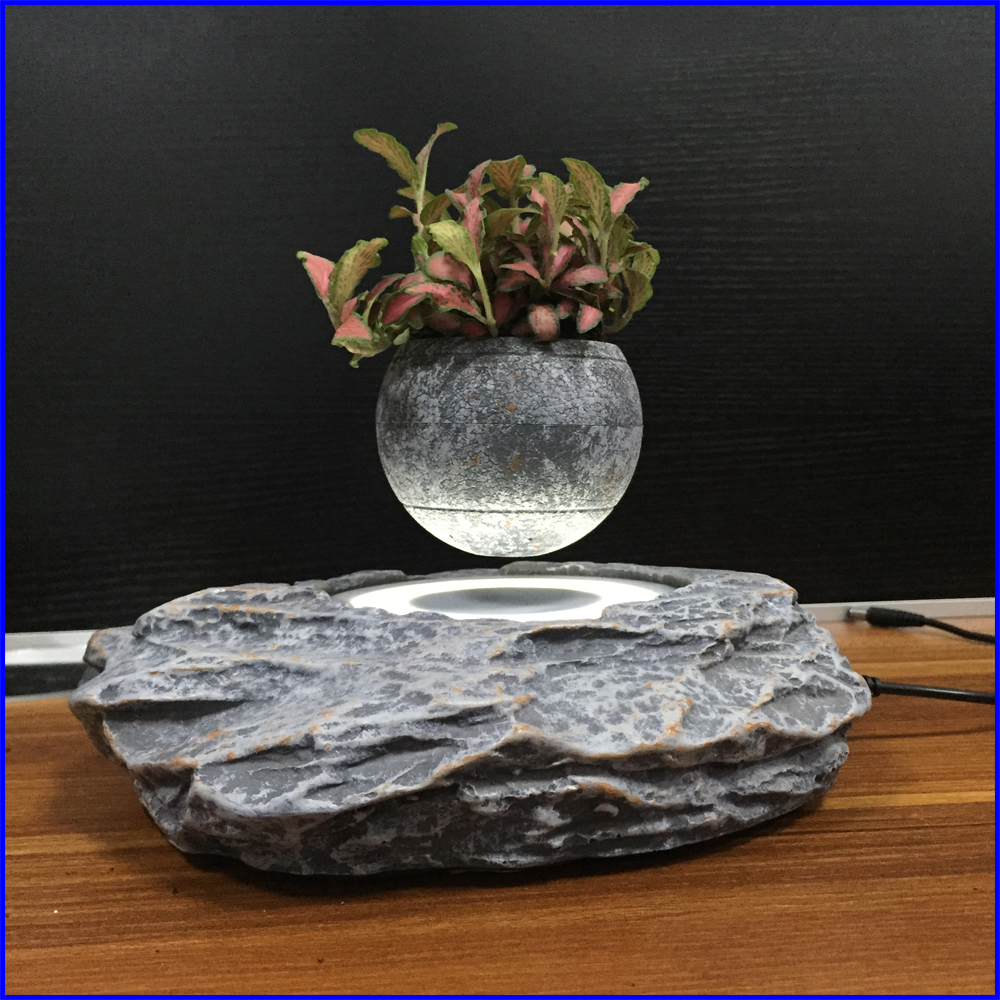 Originally, air bonsai trees were made and sold by one Japanese company only, and it took nearly three months of hard work to make the stand and the pot. But efficient Chinese manufacturers have offered the world a much cheaper alternative.

Craftsmen specializing in wood carving haven’t lost much time in offering the world their vision of flying plants, relatively unrelated to the culture and philosophy of bonsai. And let’s face it, such craftsmanship is bewitching in itself.

You can plant any plant in a floating bonsai pot, but some things are best left unchanged. The classic bonsai is still the best choice, even though it probably needs to be watered with unicorn tears.