Sportspeople are thought to live the life of luxury. They buy the best cars, rent the best yachts for vacations, and show their luxurious everyday routine on their social media accounts. But we have to look more carefully at how much they actually earn. And here you will be surprised that the conditions for men and women are extremely different.

Sounds weird – we fight for equal rights in all spheres of life for men and women, but we look calmly at how best players of the WNBA league get nearly 200 times smaller base salaries than top players in NBA. There is a big movement in NBA to equalize the conditions, but we believe it will be very hard to make the salaries in these two leagues the same.

Today we’ll look at Liz Cambage, her words about salaries in women's basketball, and her methods to fight for fairness. 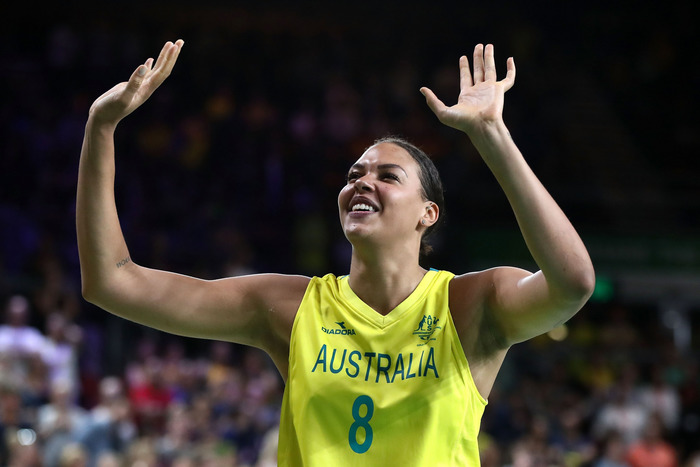 How much does Liz Cambage earn?

Her base salary in Las Vegas Aces is $221 450 a year. This is the top salary in WNBA, so there is not one single person in the league who gets a dollar more. There are some players who get the same salary. For example, DeWanna Bonner from Connecticut Sun, Diana Taurasi and Brittney Griner from Phoenix Mercury, Sue Bird from Seattle Storm, Elena Delle Donna from Washington Mystics. These are the top players in the league.

The clubs would be glad to pay them more money as they are the legends of women's basketball. But it will be illegal to raise their salaries. The trouble is that there is a salary cap for each club. In the current season, any WNBA club may pay up to $1 339 000 to 12 players of the team. If you divide it into 12 players, you’ll see that the average top salary should be around $110 000. But the teams sometimes play even less to their rookies, so the average is slightly less than $90 000. And that sounds devastating for top women basketball players.

Liz Cambage earns a little in the US, but she signs contracts with clubs from all over the world to gain more revenue during her off-season time. That’s why you can see her playing in China and in Australia each year. This is actually the most popular way for American women basketball players to get more money. They play in Turkey, China, Russia, and Europe to earn more.

Are there salary caps in NBA?

Obviously, there are salary caps in sports, so NBA is not an exception. But the NBA salary cap is $109.14 million and that is nearly 100 times bigger limitation than in WNBA. That’s why NBA stars are able to claim much bigger salaries. We already said that Liz Cambage gets less than a quarter-million a year. For example, Russel Westbrook from Washington Wizards gets over $41 million of base salary. That’s 180 times more than Liz Cambage gets in Las Vegas Aces.

Chris Paul from Phoenix Suns gets exactly the same salary as Russel Westbrook. There are 129 players in the NBA who get over $10 million of base salary. The other ones are thought to be either rookies or veteran players who rarely appear on the court and can’t lead their teams to the wins anymore. There are only nine basketball players of the NBA who get a lower salary than Liz Cambage.

And that’s devastating to see what a huge gap there is between men's and women's basketball salaries. We can keep finding facts and stats about the uneven conditions, but that starts being dangerous for touching human rights topics.

Why is there such a big gap?

Well, NBA games are watched by millions. The top players are real celebrities. Nearly any American can tell you who are the best NBA players. Their dunks and spectacular ball control skills make thousands of people each week come to stadiums and support their favorite teams.

In WNBA things are much worse. Girls physically can’t dunk – there are only two players who do that on regular basis. They are Candace Parker and Brittney Griner.

Statistics say that on average 1.34 million people watch every NBA game. This figure includes the fans both in a stadium and in front of a TV screen. For WNBA the average viewer's number is 205 000 viewers per game. That’s about six times less than with NBA. But why salaries are 200 times smaller then?

Experts say that things must get better over time. They remember that when NBA started developing, salaries were very low and players couldn’t rely on base salary to maintain their families. Things changed after 25 seasons when clubs started getting more revenue from broadcasting rights and endorsement deals.

WNBA has existed for a quarter of a century, so now it’s time to grow the popularity of the association and to pay more to players. They should also attract more private investors who are interested in sports. Otherwise, they will have a long way to more revenues.

One more way for the WNBA players to earn more money is to sign contracts with clubs overseas. Many players of women basketball in the US play for Turkish, Russian, Chinese, and Australian clubs. They manage to earn up to $1 million during a half-year off-season in WNBA. This is not an easy way but it helps top players get more funds and stay in the US for the next season to play for their team.

Well, every one of us can make WNBA more successful just by watching their games and visiting them in stadiums. Your support counts.