Derrick Rose is one of the richest basketball players in the world. At the moment he plays for New York Knicks, but he has played in many other teams on the way. Each year, Derrick Rose keeps getting bigger salaries and now it came up to $7 million a year. His new contract with New York Knicks is one of the most expensive in the club’s history. So, today we’re going to show you the luxurious life of this basketball player. 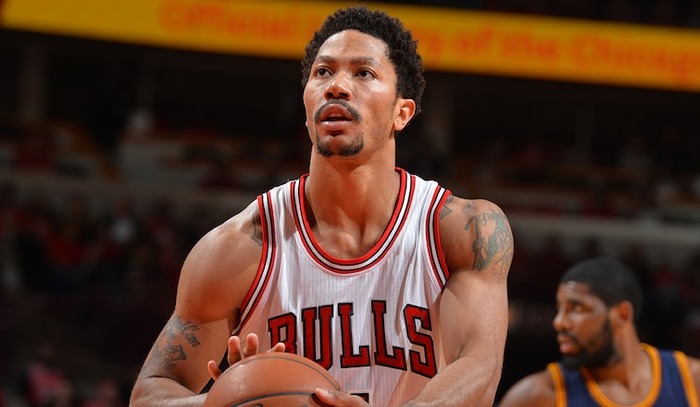 Net Worth and Contracts

Derrick Rose started his career with Chicago Bulls and spent 8 years there building his reputation as one of the most reliable players. After that, he went on to gain experience in New York Knicks, Cleaveland Cavaliers, Minnesota Timberwolves, Detroit Pistons, and then back to New York Knicks. His previous contract with Detroit Pistons brought $7.6 million of base salary. Journalists counted that he got over $12 million including all bonuses.

In New York, Derrick is going to earn even more than that, but the contract wasn’t disclosed, so we don’t know the final amount of money, he’ll get during the season.

Though, his best years were 2015-2017 when he reportedly made over $20 million a year. Now Derrick Rose is 33 and he is about to finish his professional career in NBA. But he’s still a very wanted player in nearly all NBA teams.

Derrick’s net worth is estimated at $90 million. You may think it’s not that big, some NBA players can earn the same money for two years. But let’s not forget that Derrick Rose is an experienced player, and he had his best time when NBA didn’t bring that much money to stars.

How can Derrick Rose Earn More?

If you are a celeb basketball player in the US, you are expected to earn more thanks to sports brands' advertisement campaigns. Sports brands like Adidas will fight to have you pictured in their snickers or T-shirts, so you have a solid income source from ads. Derrick Rose may earn as much as $12-15 million a year just by advertising sportswear, shoes, accessories, and other products.

Derrick Rose has suffered four knee injuries since 2010, and that spoiled his career. In his worst times, he got up to $1 million as a salary a year and appeared rarely in games. But now he is quite healthy to spend another productive season and help New York Knicks to win a couple of games.

No one can predict what Derrick Rose is going to do in the future. He could start his own business or become a coach. Either way, his net worth is going to go up as experienced basketball players with the extraordinary way through NBA are quite wanted in the US.

Derrick Rose doesn’t tend to spend a lot of money on houses. His latest purchase was a $2.8-million condo in Trump Tower in Chicago. That gives us the hint that he’s going to get back to Chicago and maybe have some business with Chicago Bulls in the future.

The condo is apparently not the most expensive house among NBA players, but it’s still not available to ordinary people even if you find a good deal.

Derrick is known to be a luxury car enthusiast, and he never limited himself to buying good vehicles. His first luxury car was bought back in 2010, and it was Maserati Gran Turismo. Then he was spotted testing Lamborghini Countach and Bently Continental GT Speed both being well over $200 000. He has Bently Mulsanne purchased back in 2011. He’s also told to own a Ford F-450 truck, Rolls-Royce Wraith, and some other cars that are a little cheaper.